Lots and lots, as my kids would say. Actually, I have two coming out this fall/winter. One is the first of a new fantasy series titled TIGER BORN, which will be published by me as M. A. Nilles to distinguish it as being an adult title rather than the young adult titles under my name of Melanie Nilles. I also have a fourth book (actually numbered as book 3.5) in the Dark Angel Chronicles with the title of ORIGINS OF DARK ANGEL. I have the first book of a new young adult paranormal romance trilogy outlined as well as book four of the Dark Angel Chronicles outlined.
I've actually been writing for nineteen years, if you don't count my failed attempts in high school and grade school. I didn't get serious about writing until it the bug really bit when I started college, which was nineteen years ago. I always made up my own stories. I spent a good sixteen years practicing before I developed the writing skills and ideas to put something together worth reading.
I've done all my own covers so far, except for the upcoming TIGER BORN. I commissioned artist Timothy Lantz for that. The rest are covers I've done using Paint Shop Pro and stock images.
Often. In fact, my readers' favorite character in the Starfire Angels books is based on my husband. Also, there's an old woman in those stories who is based on my (deceased) grandmother, my mother-in-law's mother, and a seamstress from my hometown. I can't tell you how many events in my life have been used in the books I've written. Most of the times they're not exact scenes.
Actually, I loved the characters written by Timothy Zahn in his Star Wars books, the ones with his Admiral Thrawn in particular. I also love the more recent writing style of Ann McCaffrey and I like Kathy Tyers also.
Since buying my Nook, I prefer ebooks to any other format.
It's a toss up between the original Black Stallion series and the Harry Potter series. I've read them all many times in my life.
Not usually. Peter Jackson proved that wrong with Lord of the Rings. That's the only movie from a book that's ever been flawless, imho. Harry Potter comes a close second. Beyond those, I usually prefer the books and am disappointed in the movies.
I'm currently reading the Tao of Equus on my Nook. I tend to read more nonfiction than fiction, but I love science fiction and fantasy. I just have so much I want to learn, though, and so little time on this Earth that I tend to read more nonfiction, and what I prefer is usually horse training or horse-related in some way. As a horseperson of nearly thirty years, I've done it all but hardly scratched the surface. Dressage is my passion now and I don't think I will ever learn it all. There's just SO much.
I made a book trailer once but I really don't care for them. If I buy a book, it's usually because of a recommendation from a friend. As a mother, writer and equestrian, I have little time to read, so am choosy about what uses that time.
Don't give up and separate yourself from the story once you're done. Editing is hard, but you can't be afraid to let some things go.
Where can readers follow you? 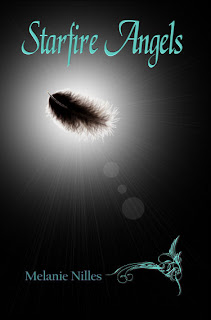 Thankyou for taking the time to do this interview, and allow us a glimpse into your world as an author.
Posted by Jeanz xx at 15:45