DEAD AND GONE BY CHARLAINE HARRIS

Dead And Gone is book nine in the Sookie Stackhouse series by Charlaine Harris. 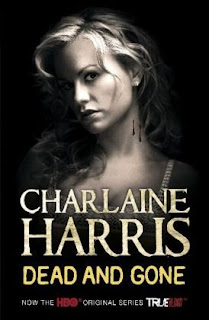 Except for Sookie Stackhouse, the folks in Bon Temps, Louisiana, know very little about vampires and totally nothing about weres. But that was until now. The weres and shifters have finally decided to reveal their existence to the ordinary world. To begin with all goes well. Then a mutilated body of a were-panther is found nearby the bar where Sookie works. Sookie feels compelled to discover who, human or vampire or were, did the evil deed.However there's a far greater danger threatening Bon Temps, it's a race of unhuman beings much older, more powerful, and more secretive than vampires or werewolves and they are preparing for war. Sookie finds herself an all-too human pawn in their battle. Another great novel from Charlaine. I can't  say a great deal more without giving out spoilers which I hate to do.