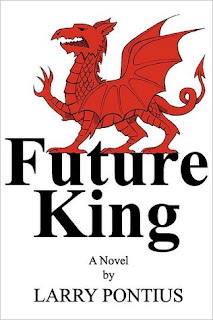 
Set in the day after tomorrow, Future King brings to life one of the world's most romantic and enduring legends: when England needs him most King Arthur will return from Avalon.


Available from Amazon.com, Amazon.co.uk £3.63 on kindle 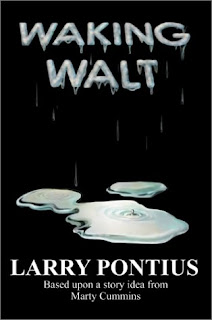 
WAKING WALT is a spellbinding take on one of America’s most enduring urban legends. Could it be true; Walt Disney was never cremated and buried at Forest Lawn as the official story goes? Imagine that, for nearly 40 years, the great entertainment genius has been in cryonic suspension, waiting to return when a cure for his lung cancer is found. Now, an experimental drug being tested looks like the answer. The waiting is almost over.

Then, disaster strikes!
In a déjà vu nightmare for The Disney Company, a ruthless corporate raider launches a takeover attempt, planning to sell off the company’s assets to the highest bidders. And this time there are no white knights in Disney’s corner.

But the Circle is still there, the small group of confidants who helped Walt escape death and who have been guarding him and his secret ever since. Even though they’re all old men now, they’re not about to let Walt’s company be torn apart without a fight. And they know just who can lead them. However, as they scurry to wake him, the Circle discovers there are powerful forces that want the dead to stay dead. But they don’t know Walt Disney! 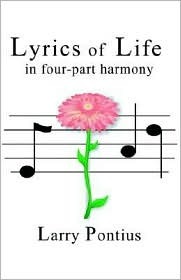 "Lyrics of Life in four-part harmony" is the work of an incurable romantic dressed in a philosopher's cloak. With a clear voice, a warm heart, and often an infectious smile, Larry Pontius never fails to touch you. In this collection, culled from a lifetime of writing, he includes everything from his first published poem in his high school student newspaper to song lyrics written for and performed by artists such as Robert Goulet and Mel Torme' and gives every observer of life something to think about. Lyrics of Life is a treasure that strikes a chord with everyone.
Posted by Jeanz xx at 11:00