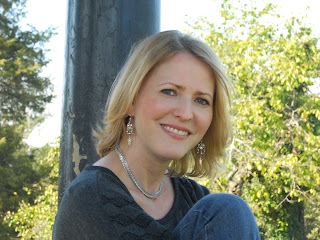 What is your name, where were you born and where do you live now?  My name is Krista Holle.  I was born in Midlothian, Virginia and have just recently returned to Midlothian.  For twenty years I lived on land once owned by Pocahontas.  This was inspiration for two of my books.

What are you currently reading?  I don't read while I'm writing, but between novels I read like a fiend. I consider it my training of sorts.  I’ve already purchased the Hunger Games books and look forward to diving in sometime next year.  There is nothing more luxurious than reading.

How long have you been writing?  and who or what inspired you?  I have been writing on and off since I was about nine years old.  I started seriously writing after reading the Twilight series.  I saw the crazed phenomenon and believed it was because women and girls are hungry for stories about true love not just vampires—exactly what I like to write.

Do you have a favourite character from your books? and why are they your favourite?  Kait from The Lure of Shapinsay is by far my favorite female character.  She has an extremely sharp tongue and like me is passionate about the sea.  Elan is my favorite male character.  He is a complex, humorless Native American warrior with a heart full of love.

Do you work another job as well as your writing work?  I’m a critical care nurse.

When did you first consider yourself as a "writer"?  I’ve always wanted to call myself a “writer” but didn’t have the nerve to use such a special word until about a year ago.  Before that I was just someone who passionately wrote.  What’s the difference for me?  I think realizing I was going to be published, one way or the other.

Did it take a long time to get your first book published?  The Lure of Shapinsay will be my first published book, but it’s not the first book I’ve written.  I just figured it was the most marketable because there are so few books about selkies.  After a year of agents telling me my writing was good but that there was no market for books about selkies, I got fed up and decided to self-publish.  Mid 2012 I will be releasing The Wind Whisperer, an extremely plot heavy YA romance about a young Native American girl who can “hear” the murmurings of the wind.  It is the first in a series and something I’m extremely proud of.

What can we expect from you in the future?  ie More books of the same genre? Books of a different genre?  One thing is certain, whatever I write will be plot heavy and filled with romance.  It might be paranormal, historical, or YA.  I’m currently writing The Gingerbread Man, a Virginia plantation romance between mistress and her slave.  It’s about the anguish one young woman must endure before she is driven into the most taboo of relationships. 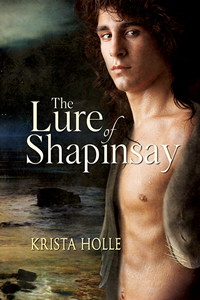 
Ever since Kait Swanney could remember, the old crones of the village have been warning her to stay away from the selkies. They claim that like sirens of old, the seal men creep from the inky waters, shed their skins, and entice women to their deaths beneath the North Sea. But avoiding an encounter becomes impossible when Kait is spotted at the water’s edge, moments after the murder of a half-selkie infant. Unexpectedly, Kait is awoken by a beautiful, naked selkie man seeking revenge. After she declares her innocence, the intruder darts into the night, but not before inadvertently bewitching her with an overpowering lure. Kait obsesses over a reunion deep beneath the bay and risks her own life to be reunited with her selkie. But when she lands the dangerous lover, the chaos that follows leaves Kait little time to wonder—is it love setting her on fire or has she simply been lured?

This Book is out just before Christmas!
Posted by Jeanz xx at 06:00