AN INSIGHT INTO THE HEALING CRYSTAL TRILOGY WITH MICHELE POAGUE 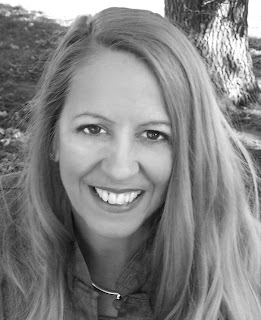 Where can your book be found?
The first two books of The Healing Crystal trilogy, Heir to Power and Fall of Eden,  can be ordered at all major retail stores and on-line dealers. In Denver you will find Heir to Power on the shelves of the Tattered Cover Bookstores as well.

Accolades
Book one, Heir to Power received Flaimngnet’s Top Choice award and has had several very favorable reviews. Fall of Eden, released in July, won the Editor’s Choice award from IUniverse and good reviews are coming in for it as well.

About The Healing Crystal Trilogy

Can you summarize all the books/the whole trilogy – Heir to Power, Fall of Eden and Ransom – in just a few sentences?

Is the Healing Crystal a religious object and the property of the reclusive colony of Survin, or is it a powerful weapon once belonging to a fallen line of kings? The Healing Crystal trilogy explores how religious and political philosophy are affected by technology. When three different cultures collide, they discover that almost any political philosophy is perfect in any given moment, but moments are fleeting.

In Heir to Power, Kairma is the heir to the Crystal and destined to become the next leader of Survin, but the discovery of an ancient vault holding mysterious artifacts leads her to question her abilities and the true nature of the Crystal.

In Fall of Eden, Narvin, a stranger from another culture, learns of the hidden object and believes it is the Star of Genesis, a powerful relic his ancestors have been seeking for centuries. Determined to possess the object that will return him to his former glory, he is unwavering in his quest to possess it, and Kairma is caught in a fierce race across barren deserts and rugged mountains.

In Ransom, Kairma allies herself with the highly-advanced freedom fighter, Rand Solis, and discovers that in order to heal her damaged world, each of them must sacrifice friends, religious convictions, and political philosophies.

Your books have several themes including sibling rivalry, religion, romance, power, etc.  What made you decide to go down this avenue when writing?
The overall theme is about the creation of religious and political philosophy. There is really very little difference between the two. It's the culture that decides whether it's more beneficial to wrap its laws in one cloak or the other. With one, the power lies with an unknown entity (a deity or a god), and the other is a known entity (a governing body of men or a king), but both entities promise misery and/or death if you break the rules; meaning both are forms of power and control. The sibling rivalry and romantic aspects of the story are what make the issues of laws and philosophy pertinent to the characters.

Do you have a favourite character and why?
I like several characters for different reasons, but the character I most identify with is Collin. Even though Collin is male, his carefree and adventurous streak reminds me of myself at that age. He’s a logical thinker who refuses to take anyone’s word for anything. He needs proof. You might think he has no respect for authority, when really, he believes it’s the person who must earn his respect, not the title.

How are things with Ransom going?  Is it still scheduled for a Spring 2012 release?
The third book is proving to be much more difficult to write. Sometimes my characters want to go off and do other things while I’m trying to tie up loose ends. I also feel a great deal of pressure to ensure that the final book doesn’t let my fans down. The story is almost ready for my  editor to take it apart, unfortunately, the re-writes can take months to finish. Then, I have to hope the publisher can get it through production quickly.

Since these books can be in both the sci-fi/fantasy and young adult categories, and it is a trilogy, do you get any Twilight references?
The Healing Crystal has been embraced by young adults because it doesn’t contain any graphic sex or violence, but the theme is much more intellectual. This trilogy has much more in common with The Lord of the Rings, although there are no vampires, werewolves, or other supernatural beings. The main character is almost seventeen and has the same hopes and desires as any normal teen, but she carries a much heavier burden than: does he love me enough to kill me so I can be like him.

About Writing and Publishing

What was your journey like with writing The Healing Crystal?
When the idea for The Healing Crystal came to me in the early 1980’s, I knew what the crystal was and what the story was going to be about. Suddenly, I pictured this young woman with long white hair and I knew where she lived. I started to write the story several times only to give up and put it away. In 1991, I went to the mid-west to research the area, and it was almost like picking up a book and having the story unfold.

At the time, I was writing training manuals, ad-copy, and convention brochures and my job didn’t leave much time for writing novels. The story of The Healing Crystal never left me, and while cleaning out my office in 2009, I came across the earlier research I’d done. 2010 seemed like the right time to finish the project.

I discover my characters by listening to the little voices in my head. I try to find, or draw pictures that match the voice I hear, and then fill out character sketches. It is usually while doing this kind of research that the story reveals itself. When you discover one of your characters has a scar, you ask yourself how he got it, and before you know it, you find out he has enemies you haven’t met yet, or a penchant for barroom brawls.

The subtitles for books one and two were selected after the first drafts were written, although Ransom came to me out of nowhere and actually directed the plotline of book three.

I came up with three cover designs for The Healing Crystal series and let my friends vote. The vote was too close to call, so I ended up making the final choice. I chose the apple because it was the most symbolic of the designs. The story is about the morality of power, and the power of knowledge.

What inspired you to become a writer?
I blame teen angst. I wrote my first short story when I was in the 10th grade. It was a paranormal romance about the ghost of a man’s first wife trying to kill his second wife. Like so many things teenagers write, it was never meant for publication. I think it was a way of exploring my feelings.

I always enjoyed reading. In the early 80’s I read Dragonriders of Pern and Anne McCaffrey made writing look easy. It wasn’t. I carried the impression of the story for years, waiting for someone like Connie Willis or David Brin to write the book.

I had to know how it was going to end so I wrote the first book myself. I let several people read Heir to Power and they insisted I finish the story because they too wanted to know how it would end.

Is writing your main occupation?  Your only occupation?
I currently work as something like a Girl Friday, doing everything from accounting to event planning for Shotgun Willies, and until I have a few best sellers under my belt, I’ll have to keep the day job.

Why did you choose to self-publish?
This trilogy has its roots in hard science fiction. The only thing really fantastical about The Healing Crystal is when it takes place. The problem with writing anything in the near future is that science changes so rapidly that within a year the basic premise of a story can change. As it was, I had to make several adjustments throughout the writing of the trilogy to accommodate new scientific discoveries.

When the first book was completed, I tried several traditional publishing houses. A major component of the story hinges on the science we know to be accurate today, so after several "It doesn't have vampires" rejections, I decided to look into self-publishing. The number of self-published books available today surprised me. I've learned a great deal about the difference between self-publishing and vanity publishing. I learned about the overpriced services offered by some self-publish companies and how important it is to understand the value of what you're paying for.

Do you have any advice to share with writers who dream of someday publishing?
First and foremost, write several books before you publish the first. Your writing skills will improve drastically as you hone your craft. Although its won awards, I find there are ways I could have made Heir to Power a much stronger book if I had the chance to rewrite it one more time.

The second reason to wait has to do with the amount of time it takes to market what you've written. There are millions of books to compete with, and it's a full time job getting your name out there every day, leaving almost no time to write new novels.

I have drafts of two more books set in a completely different universe than The Healing Crystal, and while I continue to collect research on those, I won't even think about hiring an editor or publishing company until I've finished this trilogy because I still have too much to learn.

Tell me more about the next books you’re working on – The Candy Store and Last Kiss.   I understand the former is a time travel romance and the latter is about a cocktail waitress who uncovers the ghost of a 1920s jazz singer while remodeling an old house.

Last Kiss is fully outlined with opening and ending chapters written. The jazz singer can't remember anything about her former life so cocktail waitress tries figure out who the ghost is, how she died, and why she is haunting the house. Taking a page from popular murder mysteries where the sleuth inserts recipes or banquet menus, my sleuth will tell readers how to change a bathroom faucet or cut drywall.

This is actual first hand knowledge. I was a cocktail waitress for more than twenty years, and I completely gutted and remodelled a hundred year-old house in Five Points (Denver, CO) a few years ago.
The Candy Store begins in the mid 80s. A girl is working in a candy store across the street from the Oxford Hotel in Denver where she had been abandoned as a baby seventeen years earlier. During a fire in the store, she is hit on the head by a falling beam and wakes up in 1928. This story is in its first draft. I’d love to get back to it because it's got a fantastic twist, but I have to finish Ransom first.

When will these two books be ready for release?
Once Ransom is in production, I will finish the Candy Store, the shorter of the two stories. I have a lot of research to complete, but I think the Candy Store may be ready for editing by mid-Fall, 2012. 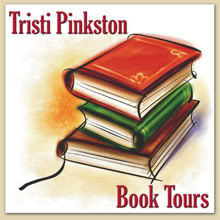