ABOUT THE AUTHOR/INTERVIEW SUZANNE JOHNSON 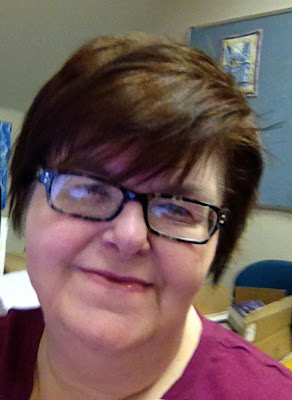 On Aug. 28, 2005, Suzanne Johnson loaded two dogs, a cat, a friend, and her mom into a car and fled New Orleans in the hours before Hurricane Katrina made landfall.

Four years later, she began weaving her experiences and love for her city into the Sentinels of New Orleans urban fantasy series, beginning with Royal Street (2012), continuing with River Road (2012), and now with Elysian Fields (August 2013).

She grew up in rural Alabama, halfway between the Bear Bryant Museum and Elvis’ birthplace, and lived in New Orleans for fifteen years—which means she has a highly refined sense of the absurd and an ingrained love of SEC football and fried gator on a stick.

She can be found online at her website or her daily blog, Preternatura. As Susannah Sandlin, she writes the best-selling Penton Vampire Legacy paranormal romance series and the recent standalone, Storm Force.


What is your name, where were you born and where do you live now?
Suzanne Johnson. I was born in Winfield, Alabama. I currently live in Auburn, Alabama. Which might imply I’ve never gone anywhere, but I lived in four other states in between!

Did you always want to be a writer? If not what did you want to be?
I honed in on writing pretty early, although I went the journalist route instead of the novelist route….until recently, anyway.

When did you first consider yourself as a "writer"?
I’ve always considered myself a “writer,” even as a journalist. I didn’t consider myself an “author” until maybe the third novel came out last year and it finally sank in that hey, this is real!

Do you work another job as well as your writing work?
Yes, I work full-time at a local university, editing a quarterly magazine.

What is the name of your latest book, and if you had to summarise it in less than 20 words what would you say?
In Elysian Fields, wizard DJ must choose who to love, who to trust, and who to kill—while she can.

How long does it usually take you to write a book, from the original idea to finishing writing it?
If I’ve done my preparation work, about four months is ideal. I’ve done it in two, but I wouldn’t recommend it to anyone with a wish to remain sane.

What can we expect from you in the future?  ie More books of the same genre? Books of a different genre?
There will be at least two more books in the Sentinels of New Orleans series (Elysian Fields, the new book, is #3, although each can stand alone). I don’t have release dates yet, but in 2014. There also will be a new book in the Susannah Sandlin Penton series in 2014. And a couple of other “secret projects” in the works I can’t talk about yet!

What genre would you place your books into?
The Sentinels of New Orleans series is adult urban fantasy, although in terms of language and sex, it’s teen-friendly. My romance novels are dark adult paranormals.

If you had to choose to be one of your characters in your book/books which would you be? and why?
Um….I don’t want to be one of my characters. LOL. Horrible things happen to them! Even if it ends up in a happily ever after, they work for it.

Do you have anybody read your books and give you reviews before you officially release them? ie. Your partner, children, friends, reviewers you know?
It depends on how tight my deadline is. I have an “alpha reader” that I try to make sure reads everything—I think there’s only been one where the deadline was so tight she couldn’t read it. If I have time, I like having three or four beta readers to give me feedback.

Do you choose a title first, or write the book then choose the title?
I tend to come up with the concept, then the title, and then write the book. I rarely change the title once I’ve started writing, but never say never!
How do you come up with characters names and place names in your books?
It varies. I use some family names. My heroine, Drusilla Jaco, or DJ, is named after two of my great-grandmothers, Drusilla Harris and Ida Jaco. Alex and Jake Warin just came to me out of thin air. Jean Lafitte, of course, is a historical figure—only he’s an immortal undead version of the original pirate in my stories. For merman Rene Delachaise and Drusilla’s friend Eugenie Dupre, I was looking for names found in South Louisiana because they’re locals.

Do you basic plot/plan for your book, before you actually begin writing it out? Or do you let the writing flow and see where it takes the story?
I do a pretty thorough outline for a book before I ever start writing—usually it runs about 10-12,000 words. If you work a full-time job and also want to complete multiple books each year, “pantsing” is not very practical. The story will develop more details as I write, but that outline at least keeps me from wandering off-track and writing a bunch of scenes that I’ll end up having to cut. Plotting also prevents writer’s block; you know each day how many words you need and where your scene needs to go.

Have you ever based characters on people you know or based events on things that have happened to you?
This series was based on my own experiences as a New Orleans resident during Hurricane Katrina—I’d been living there about twelve years when the hurricane hit, and writing Royal Street, the first book in the Sentinels of New Orleans series, was my way of trying to make sense of it and move past it. I think I can safely say that if Katrina hadn’t happened, I never would have written a novel. So out of something horrific and tragic came something good.

Do you think ebooks will ever totally replace printed books?
I don’t think so. Although I’ve been surprised at how quickly I took to ebooks, just because they’re so convenient and I can blow the type up to clown-size if I want to! But for my favorite authors and series, I’ll always buy the paper version. I don’t think they’re going away anytime soon, but I do think ebooks will continue to gain shares of the market.

What do you think about book trailers?
I like them—I don’t know that they’ve ever influenced me to buy a book, but I think they’re cool, especially if they’re a bit different. I just had my first trailer done for the Sentinels series and was really happy with it!