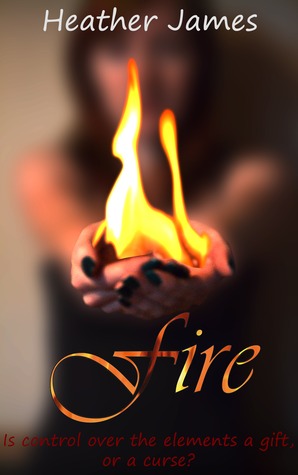 BLURB from Goodreads
Is control over the elements a gift, or a curse?Roxy thinks that she is in control of everything: with flames flaring at her fingertips and an equally fiery attitude, what more could she need? But then she meets Brae, a prince from a rival Realm, who turns her assumptions of superiority upside down.Jasmine has none of Roxy’s confidence or intensity. But she does have a secret - and Brae - and she’s not going to give either up willingly. 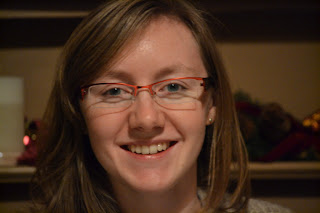 A Little About The Author
(from Goodreads)

Heather James is a young-adult author who writes about heroines with amazing powers, heroes who will break your heart and fantasy realms that you will want to move to.
She works in the attendance office of a South-East London secondary school and spends her school holidays writing, reading, playing flag-American football and wasting time marketing on Pinterest.

I'm Heather James, I was born and live just outside of London in the UK.

Do you work another job as well as your writing work?
Yes, I work in an office in a secondary school, which provides a wealth of inspiration and also gives me lots of holidays to write during.

What is the name of your latest book, and if you had to summarise it in less than 20 words what would you say?
My debut novel is called Fire. It is:

A YA fantasy novel based around the four elements; read it if you like magic, feisty heroines, action and romance.

Who is your publisher? or do you self-publish?
Fire is self-published. It’s a lot of hard work, but I’m really enjoying it so far.

How long does it usually take you to write a book, from the original idea to finishing writing it?
It varies considerably. Fire took a few years to finish. I’ve been working on Water for almost a year now, but in the meantime I’ve written a first draft of the series finale, Air, and a few chapters of another project.

Which of your books were easier/harder to write than the others?
I think they’re getting easier – finishing Fire seemed like an impossible task for a while, but I know now that I am capable of writing complete novels, so long as I put the necessary work in.

What can we expect from you in the future?  ie More books of the same genre? Books of a different genre?
There are two more novels to come out in the Elements of Power series, then my next book will be more dystopian/sci-fi.
(Please let me know when the dystopian book is ready to be read.reviewed. Dystopian is my favourite genre)

Where do you get your book plot ideas from? What/Who is your inspiration?
I’ve got my most recent ideas from the news – I’ve been watching a report and thinking ‘why isn’t the world more like X’ and I’ve created an entire plot line off the back of it.

Do you have anybody read your books and give you reviews before you officially release them? ie. Your partner, children, friends, reviewers you know?
Yes, my parents are great for discussing plot issues with and for catching mistakes. My sister is pretty much my target audience – I’m usually thinking about her reactions as I write, so she always gets to read things first. And my friends, who have supported me from the second I told them that I had written a novel.

Do you gift books to readers to do reviews?
Absolutely. As a debut author, it’s the best way of introducing people to my writing. I’m always happy for people to contact me and ask for a review copy.

Do you read all the reviews of your book/books?
I read everything that is posted on goodreads and anything that bloggers let me know they have posted. Even the critical ones: I’m a self-published author and I know that my work isn’t flawless, so reading reviews which pick up on minor mistakes helps me to fix them.

Would you ever ask a reviewer to change their review if it was not all positive about your book/books?
No – because everyone is entitled to their opinion, and something that one reviewer really doesn’t like, will often be something that another loves; particularly because the two protagonists in my work are very different. I’ve noticed that readers often warm to one or the other and that completely shapes their perspective of the novel! I did once read one review which was really positive, but the reviewer had only given it one star, so I messaged them to ask what they hadn’t liked, and they came straight back saying that the one star was a mistake and changed it to five!

How do you come up with characters’ names and place names in your books? Are character names and place names decided after their creation? or do you pick a character/place name and then invent them?
I love names and whenever I come across an interesting one, I’ll make a note of it to use when I next need a new character. My novel, Fire, is split into four very different Realms and I have a spreadsheet which sorts names I like by the Realm I believe they fit best with. Occasionally I’ll change someone’s name part way through the story, if I don’t think that it fits their character.

Do you decide on character traits (ie shy, quiet, tomboy girl) before writing the whole book or as you go along?
Usually I will let them evolve as I write, then I will go back and change things from the opening chapters if I need to. I always have a basic idea of what the character will be like when I introduce them, but I base their personality off of how they need to react in certain situations.

What do you do to unwind and relax? Do you have a hobby?
I play American Flag-Football whenever I get the time to and I also love to bake. Every week, I help to run a Rainbows group, which is a youth club for 5-7 year old girls.

What are you currently reading? Are you enjoying it? What format is it?(ebook, hardback or paperback)
I am currently reading Scarlet by Marissa Meyer. It is a paperback which I was lucky enough to get signed by Meyer at her first International book signing! I am therefore being very, very careful with it and not taking it out of the house.

Did you read a lot at school and write lots of stories or is being a writer something newer in your life?
I have always read books and written stories, from a young age. Books and stories make up so much of the fabric of who I am; I would be utterly lost without them.

Did you have a favourite author as a child?
JK Rowling. I love the Harry Potter books; I started reading them when I was 6 or 7 and Deathly Hallows came out when I was 14, so they had a huge presence in my childhood. I’ve read each one so many times.

Is there a book you know you will never read? Or one you tried to read but just couldn't finish?
I have tried to read the Hobbit twice now and given up both times. For some reason I just can’t get into it. I haven’t seen the film yet, but I’m intrigued as to whether it will help me to enjoy the story.