EXCERPT & ABOUT THE AUTHOR - MIST - MIDGARD BY SUSAN KRINARD 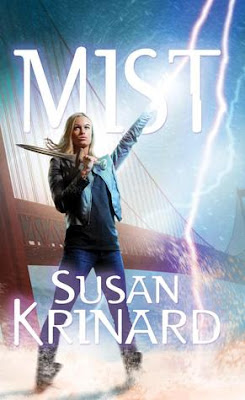 Mist fingered the talisman pendant hung on a sturdy leather cord around her neck, the one Odin All- father had given her before the Last Battle.
“You will go to Midgard,” he had said. “You and each of your Sisters will bear a weapon that must not fall into the hands of the evil ones. As long as you live, you will guard them. Until . . .”
Mist had never seen him again, nor understood why the Allfather had sent the Valkyrie away when there would never be anyone to wield the Treasures, let alone steal them, when the Last Battle ended. Evil would die along with the Good.
And yet Mist’s duty remained. Until the German invasion of the Northlands, her only reason for existing was to carry her burden through eternity.
This war, among all the countless that had come and gone in two millennia, had ended her self- imposed exile. She had found a new purpose, and it resided in this little girl and hundreds like her. Rebekka would know an end to conflict and a life that, for all its smallness, would find meaning in simple pleasures, in love, in future generations. All the things Mist had learned to live without.
The guttural cry of a gyrfalcon overhead pulled Mist from her thoughts. White against white, her Sister Valkyrie, Bryn, was only a flicker of motion in the colorless sky, almost invisible. As Mist watched her circle, Bryn faltered as if caught by a noose and pulled abruptly toward the earth. Her wings trembled, and a shower of pale feathers fluttered down amid the snow.
“What is wrong with that bird?” Rebekka asked, following Mist’s gaze.
Mist caught a puff of white down and clenched it in her fingers. From the beginning of the war Mist had refused to accept that, even with the gods so long dead, the Valkyrie were still forbidden to use the Treasures. It was she who had suggested that Bryn take advantage of the magic cloak she had vowed to protect.
So far, it had been invaluable. But lately Bryn had been giving disturbing reports, claiming that it was becoming increasingly difficult to put on the cloak and change her shape.
“It’s as if it doesn’t want me to wear it,” the dark- haired Valkyrie had said at their last camp. “As if Freya is punishing me for my blasphemy.”
Mist had scoff ed. “Blasphemy for using it to aid her people in their time of greatest need?”


Bryn had shivered and shook her head. “The Treasures were ours to guard, not to use. We have no right.” 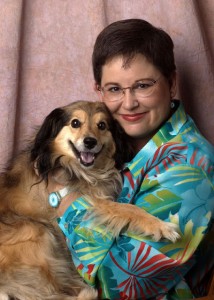 Susan Krinard has been writing paranormal romance and fantasy since 1993, when a published author friend read a short story she’d written and advised her to try writing a novel. She sold her first novel to Bantam Dell, and has since written for Bantam, Penguin, Harlequin/ Silhouette, Harper Collins, St. Martin’s Press., and Tor Books. Her output includes twenty-three novels and twelve novellas and short stories.

Susan’s love for Science Fiction and Fantasy began when her fourth grade teacher read Madeleine L’Engles’ A Wrinkle In Time to the class. She attended her first Star Trek convention at the age of 14. Since then she’s continued to read voraciously and has attended numerous local and World Science Fiction conventions. Her first major urban fantasy series is the “Midgard” series, beginning with Mist, a July 2013 release from Tor Books.

Susan and works in Albuquerque, New Mexico, with her husband Serge Mailloux—whom she met because of a mutual love of the works of writer C. J. Cherryh—dogs Cagney, Nahla and Freya, and cats Agatha and Rocky. www.susankrinard.com