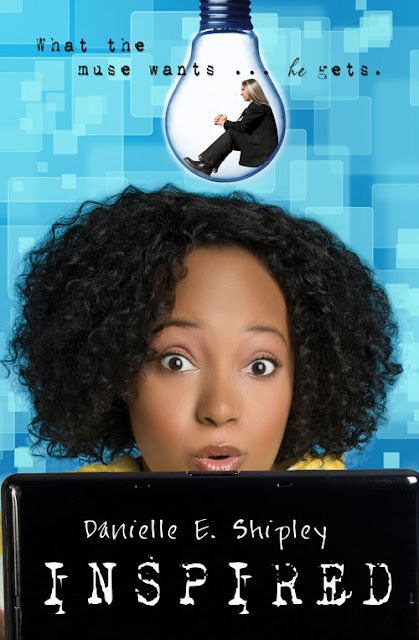 Back of Book Info supplied by J Taylor Publishing

For a muse like Lucianíel, one story’s end is another’s beginning.

MY COVER COMMENTS
Wow this is a totally different style of cover than what I have previously had from J Taylor Publishing. There's the young girl on the cover who looks kind of like she has just had an idea. Which is also backed up with the light bulb above the girls head too. The bulb has a person dressed in a suit sat within it as if they are contemplating something. I'm not so keen on the font of the book title, it makes the title look mis-spelt. I do like the byline of "What the muse wants . . . he usually gets". That definitely gets my attention and get me thinking and wanting to know more about the book.
Then onto the blurb which gives us more detail as to what the book is about.
So would the cover make me pick up the book? Mmm its a hard one, maybe, maybe not it would depend on what else was around the book. I will honestly say it isn't one I'd immediately grab from the shelf.
Would I read it? I'm not sure it seems totally different to what I usually read which sometimes you feel like reading a totally different book to your usual genres. I kind of get the feeling I would either totally love it or . . totally hate it. Maybe I'll read and review it to see which it is.
Posted by Jeanz xx at 03:00