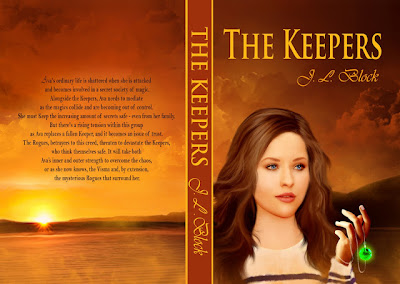 What is your name, where were you born and where do you live now?
Hi I’m J.L.Block. I was born in California USA, and moved to Australia at a young age. My home city is Melbourne and I love it here.


Do you or would you ever use a pen name?
Yup! J.L.Block is my pen name. My real name is Jenaye Lanser-Block. It’s so long I shortened it for writing because it probably wouldn’t fit on the cover art very nicely.

Do you work another job as well as your writing work?
Yes I teach music, which is my other great passion.

My book is called The Keepers. It’s my debut novel. I find it really hard to summarize in one sentence, so I’m going to steal the first line of my blurb.
Ava’s ordinary life is shattered when she is attacked and becomes involved in a secret society of magic.


Do you have plans for a new book? Is this book part of a series?
The Keepers is part of  a trilogy called.... you guessed it.... The Keepers. the second book is in editing and the third book is currently being written.  Apart from that I have many other ideas revolving around my love of magic, but none of them are at a stage that I feel I can confirm a release.

What made you decide to write that genre of book? Fantasy has always been my favorite genre since I can remember. Mostly because it involves magic which I’ve always fantasized about.  It seemed obvious that I would write a novel including it one day.

Do you have a favourite out of the books you have written? If so why is it your favourite? Well seeing as I only have spent most of my time on The Keepers trilogy I feel It’s best to describe my favorite book from that series.
It is hands down the second book (almost have a title for it). The second is my favorite because It answers a lot of questions from the first novel and I feel like my lead character does a lot of growing up. In the first book she mostly goes with the motions of the Keepers, but in the second book she starts to make real choices for herself. Yes she is pushed into it, but the initial push starts a huge domino effect within her.

Do you have a favourite character from your books? and why are they your favourite? I have to admit Aurelia is my favorite. She’s nasty, hot-headed and easy to dislike, but being the author I have to opportunity to know her better. During the series the reader gets a chance to know why she’s like this. Everything stems from her past, which isn’t a very nice one. I feel like sometimes Aurelia has legitimate reasons for being mean, but other times I agree with Ava, who thinks she’s full of it.

Do you have a certain routine you have for writing? ie You listen to music, sit in a certain chair? I my routine involves late nights and complete silence. I can’t listen to music while I write because I end up analyzing the music instead of writing. It’s a bad habit, but I can’t help it.

Do you read all the reviews of your book/books?
Yes. I think reading reviews are the best way to learn what people like or dislike about my work. It’s sometimes hard to take criticism, but I think it’s necessary to grow in my writing skills and as a person.
Because The Keepers is quite new I’ve only really heard about my novel from my beta readers, which are mostly friends. I’d love to hear some opinions from other people so if anyone reads it please review it. I’ll will read what you write.

Would you ever ask a reviewer to change their review if it was not all positive about your book/books?
NO! I kind of feel asking someone to change a review is kind of lying to everyone. By placing our work into the public hands we are asking for peoples opinions be it good or bad. Sure it might feel horrible to receive a bad review, but not everyone is going to like a novel. That’s just the reality and I think asking for a change is the same as telling someone not to be honest.

How do you come up with the Title and Cover Designs for your book/books?Who designed the Cover of your books?
I debated over the title for a really long time, but ultimately decided it had to be The Keepers. Besides Ava, they are the focus of the novel.
The cover design was a luck of the draw. I ventured to deviant art to find someone to do my cover and found the perfect artist.
Her name is Nadica Boskovska, but she also goes by the name ‘the swan maiden.’
If you like my novel cover and want to check out more of her work here is a link:
http://theswanmaiden.deviantart.com/

How do you come up with characters names and place names in your books? I chose character names according something strong about them or their personalities. I spent a great deal of time looking through many name lists to find the perfect matches!
Place and race names are a different story. The Keepers has around 8 different magical races hidden within our own. Each race needed a different name for them and their corresponding city. I turned to the Latin language to provide a uniformity between them all. I took a couple of key words describing characteristics of each places and where they lived. I then chose two of those words and mashed them together to made new words. For example ‘Viterra.’ In other cases I used a single words like ‘Montis’ which translates to the English word mountain.

Do you decide on character traits (ie shy, quiet, tomboy girl) before writing the whole book or as you go along?
I like to give all my characters traits and back stories before I write to book. I believe it makes them more realistic. Some of the finer details tend to develop as I write, but I prefer to know as much as I can before I get started.

Do you basic plot/plan for your book, before you actually begin writing it out? Or do you let the writing flow and see where it takes the story?
I try to, but it really depends. During planing of The Keepers I filled 5 whole note books of plotting before before I attempted to write any part of the novel. When developing some of my other ideas I have simply started writing, but I find planning works better for me. I find when I plan It creates stronger consistency in my writing.
What do you do to unwind and relax? Do you have a hobby? I love to relax with a book or by playing music. This however leads to hours of ‘getting lost.’ Sometimes I wonder where my time had slipped off to.

Do you think books transfer to movies well? Which is you favourite/worst  book to movie transfer?
Yeah I think they do. Sometimes I get a little annoyed when I know a really great part of the book has been taken out or a character has bee deleted or changed, but I learn to live with it. I think it helps remembers that literature and film are two different mediums. We can’t expect them to be exactly the same. 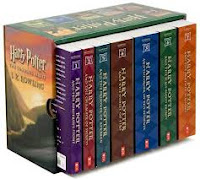 I don’t know about a least favorite, but I don’t like it how they are making the last book in the series into two movies these day. Harry Potter started that because it was necessary, but I don’t think it should be used for EVERY other franchise.
As for my favorite I was quite impressed with the movie adaption of The Host. My favorite part was getting that chance to see more of the story from the seekers point of view. It gave the viewers a chance to experience more from that world.


Do you think ebooks will ever totally replace printed books? To be honest, I don’t know. There's is always a great feeling of having a physical copy of a novel in your hand, but with the way technology is developing these days it’s hard to tell where the book industry will end up.
People still say that the print book will forever be loved and preferred, but they also said that about CD’s and they are quickly becoming extinct.


And any other information you wish to supply?
Please go to my blog to find out all the info you need to know about where to get my novel.
Posted by Jeanz xx at 11:00