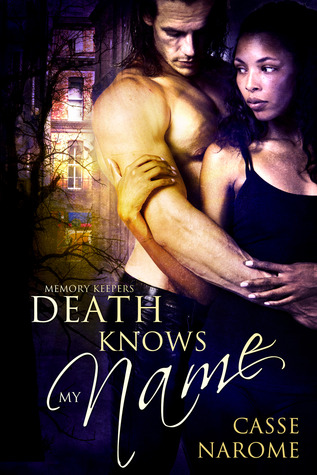 BLURB supplied by Girls Heart Books Blog Tours
MAYNE ST LECLAIR has spent her adult life closed off emotionally from the world around her. She learned very early on that those who get close to her end up dead. She knows she is cursed, but what she doesn't know is why.ECTAIN “ERIC” EDECK knows the pain he has caused Mayne but the connection is undeniable. Can Mayne get past the hurt and fall in love or has her heart been broken too many times?Is death playing some sort of cruel joke on Mayne St LeClair or is watching her suffer breaking Death’s heart?

CHARACTER BIO'S
Below Casse NaRome share's a short history/bio with us on some
of her book characters.

Mayne St LeClair
Is in her mid to late twenties. She is an orphan and as a preteen she lost her only brother. Mayne was bounced around in horrible foster homes. She has lost so many people including her childhood sweetheart. She is a former party girl and wild child. The only family she has left is her foster sister Rebecca and Devon who is more like a brother than a friend.

Ectain “Eric” Edeck
He is dark, mysterious and very attractive. He has a tough job but a caring spirit.He is super patient and kind unless he is defending something he loves. He holds a lot of the secrets of Mayne’s past.

Devon DeMonte
:Mayne’s closest friend. He is a playboy with a history of loss. While Mayne locks herself away from the pain, Devon tries to enjoy life while he has it. His romantic life is littered with hot and easy women. He owns a cafe and a bar. He is described as being like the sun, everyone wants to be around him and caught in his orbit. He maybe the only person who can handle Mayne’s personality.
Posted by Jeanz xx at 03:00