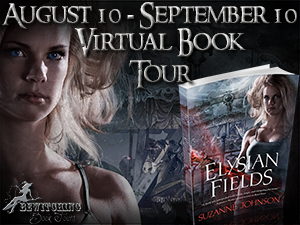 By midafternoon, I was out of ideas and full of nervous energy that finally sent me out of doors, catching up on yard work I’d neglected all season, raking the small, crunchy leaves from the live oaks into piles a kid would love to play in.
“Need help?”
I ignored the voice and counted to ten, hoping it would go away. Instead, Quince Randolph knelt next to a tall pyramid of leaves I’d erected and took the lid off the big green trash can he’d brought with him. He began scooping up armfuls and piling them in the can. “You should compost this down. It would make a good mulch for flowerbeds. Plus you need more color in your landscaping.”
“Whatever.” I didn’t know what mulch was, didn’t care enough to ask, and had such a brown thumb that flowers never survived my gardening efforts.
Rand wore a chocolate-brown sweater almost the same color as mine, with jeans in a similar wash. With our comparable shades of long blond hair, we resembled grown-up Bobbsey Twins, except he was prettier. Freddie and Flossie do New Orleans.
“Are you here for any particular reason?”
He squinted up at me against the soft afternoon sunlight. “I just want to get to know you better.”
Uh- huh. “Tell me what you are, and then we’ll know each other better. I’m betting elf or faery.” I was kind of betting elf— it might explain his interest in me although, thankfully, he’d never shown any inclination to plunder my brain.
He grinned. “Go to dinner with me and I might tell you.”
I noted the return of his peridot earrings. Big liar. Super-big cheater. “Where’s Eugenie? You know, your girlfriend?”
A flash of irritation spoiled his perfect features a half second before he answered. “Working. Can we—”
What ever he planned to ask, my answer would be no, but he didn’t get a chance because a clomping noise reached us from the direction of Prytania Street. Rand and I both were stricken speechless at the sight of Jean Lafitte sitting like royalty in the back of a gold and white French Quarter tourist carriage. It was being pulled by a light- gray mule wearing a hat festooned with
fake flowers and driven by a smiling guy who had no idea how many daggers his undead pirate passenger had hidden on him.
The ornate carriage rolled to a stop, and the mule flicked an ear at the passing traffic. Those animals pulled tourists around the French Quarter all day, and it would take more than an impatient Toyota driver to rattle one of them. The carriages were also ridiculously expensive if one commissioned a ride outside the Quarter.
Then again, Jean Lafitte was loaded. The driver probably had a reason to smile.
Jean exited the carriage with extraordinary grace for such a large man. He was tall, powerfully built, black-haired, cobalt-eyed, a shameless flirt, and talked with a raspy French accent that made me swoon even though he was technically dead. In other words, I had a bit of a problem with Jean Lafitte and my own common sense being present at the same time.
Jean said a few words to the carriage driver, then turned to prop his hands on his hips in a broad pirate-like stance, giving Rand a disapproving visual once-over. The mule backed up a
few awkward steps before pulling the carriage into my driveway.
God help me, I hoped Alex didn’t get home in time to see this. I’d never hear the end of it.


“Do you wish me to rid you of this intruder, Jolie?”

a Rafflecopter giveaway
Posted by Jeanz xx at 12:30