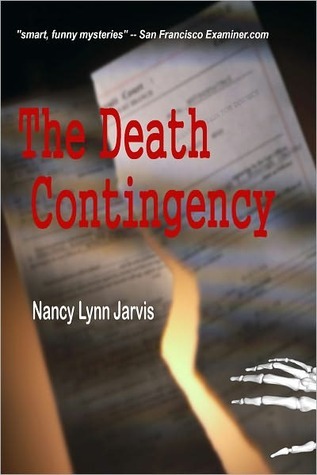 BLURB from Goodreads
The Death Contingency introduces Regan McHenry, a Realtor who works in the beach community of Santa Cruz, whose job puts her in the midst of mystery and even murder. She's aided in her sleuthing by her husband, Tom, a computer programmer turned real estate broker, and by her friend Dave, a cop confined to desk duty after losing an eye in a shootout. When a seller disappears before signing a grant deed and then turns up dead, Regan and company step up to unravel the secrets of his past and figure out if really was an accidental death or a murder. BLURB from Goodreads
It’s not the first time Regan has experienced déjà-vu. But when the sensation involves finding a second body buried where one was found just weeks before, déjà-vu takes on new meaning. Someone murdered a girl on her seventeenth birthday and, as Regan delves into the motive behind the girl’s murder, she discovers many people are trying to hide secrets about their entanglement with the dead teenager. Regan must figure out which of them is a murderer — and she has to do it carefully or she’ll become the killer’s next victim.Santa Cruz, California real estate agent Regan McHenry, her husband Tom Kiley, and their friend police ombudsman Dave Everett are back in a new story of murder and invite you to come along for the twists and turns of the mystery. 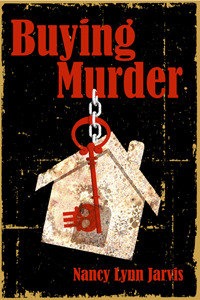 BLURB from Goodreads
Murder gets personal when human remains are found in the beach cottage that real estate agents Regan McHenry and her husband, Tom Kiley, buy. The murder victim has been hidden away for sixteen years, and although the authorities quickly discover his identity, the trail to his killer is cold after so many years. Regan has sworn off playing amateur detective, but when it becomes clear the police have to focus on more pressing crimes, she has to break her promise. As her friend police ombudsman Dave Everett says, “Your house, Regan, your murder.”Welcome back to Santa Cruz, the community whose unofficial motto is “Keep Santa Cruz Weird,” for the twists and turns of the third book in the Regan McHenry Mystery Series

ABOUT THE AUTHOR - NANCY LYNN JARVIS 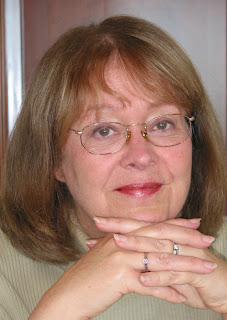 As of May 5th, Nancy is officially unlicensed so any real estate advise she gives is pure fancy on her part. That doesn't mean she won't continue to draw on past real estate adventures for her mysteries. She's had a checkered career past: she's worked for the San Jose Mercury News, been a librarian, photo archivist, and been the business manager of Shakespeare/Santa Cruz. Her work history reflects her philosophy: people should try something radically different every few years. Writing murder mysteries set in Santa Cruz is her newest adventure.

The murders are invented, but Nancy Lynn Jarvis uses real events and stories from her twenty plus years as a Realtor for background details, although, sometimes they are the parts of the books that seem like fiction.
The series has been called smart and funny; perfect books to kick back with and have a good read.