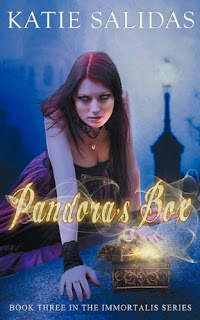 Synopsis:
After a few months as a vampire, Alyssa thought she’d learned all she needed to know about the supernatural world. But her confidence is shattered by the delivery of a mysterious package – a Pandora’s Box.
Seemingly innocuous, the box is in reality an ancient prison, generated by a magic more powerful than anyone in her clan has ever known. But what manner of evil could need such force to contain it?
When the box is opened, the sinister creature within is released, and only supernatural blood will satiate its thirst. The clan soon learns how it feels when the hunter becomes the hunted.
Apparently powerless against the ancient evil, the clan flees Las Vegas for Boston, with only a slim hope for salvation. Could Lysander’s old journals hold the key? And what if they don’t?
And how welcome will they be in a city run by a whole different kind of supernatural being?
Werewolves…
Available in print and/or ebook at: