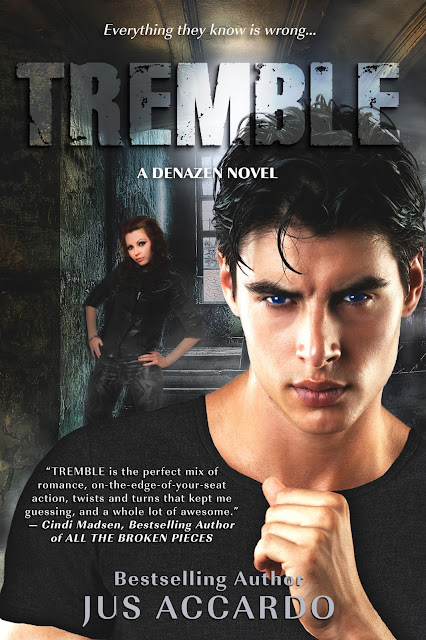 BLURB from Goodreads
Dez Cross has problems. She’s almost eighteen and on the verge of losing her mind thanks to the drug Denazen used to enhance her abilities. People close to her have turned their back on the underground and are now fighting for the wrong side. And then there’s Kale... Things couldn’t get any worse.Until of course, they do. Denazen is about to start a new trial—this one called Domination—and it works. But that means out with the old and in with the new. The order has been given to terminate all remnants of the second trial—including Dez. The good news is that there’s a survivor from the original trial. A woman who’s blood may hold the cure for the second generation of Supremacy kid’s defect. But the underground Sixes aren’t the only ones who know about her….Cross is willing to throw everything he has to keep Dez from getting the cure—including the one thing that might tear her apart from the inside out.

MY REVIEW
Wow what a cover! Dramatically shaded, though disappointing that the shading takes out part of the title. I love the byline of "Everything they know is wrong"  I don't like the comments about the book by Cindi Madsen being on the cover . . . I know . . . I know . .you've heard me moan before I really don't need to see peoples/authors comments on the front cover, to me it encroaches onto the beautiful cover too much for my liking. I like the "Best Selling Author Jus Accardo" part that's fine, she is a brrrilliant author isn't she?

Would I pick this one up orm a book store shelf on the strength of the cover alone, . . Heck Yes!
Then to the blurb, OooOoo it sounds really . . no I mean really good again. Where does Jus Accardo get these brilliant plot lines and characters from? The blurb sounds full of drama and action packed too so this one is definitely on my want to read list. In fact it's not a want to read, a MUST read!
The book is action packed as usual it has a main line plot and then little sub plots coming off. The objective the underground have is to get the cure. To get to the cure they have to find a woman and get her back to Ginger, but also they have to bring in all the other subjects that will soon be going into decline. Then add the sub plots of Kane seemingly being changed/brain washed in some way, this gives lots of humor as he mixes things up. If he had strong feelings about something then a kind of inkling will remain. Like when Kane meets up with Alex, they literally hate each other and in his new "brain washed" state he gets an inkling there's something important about Alex and he doesn't like it. Then the book briefly covers aspects of the other subjects lives and the type of home life they have each had.
So who is in this book? Deznee, Kale, Brandt,Alex, Ginger and her gang plus lots of new names of the other experiment subjects.
I loved Brandt being in this book especially after reading Faceless so recently, I love his protectiveness around Dez. Then there's the love that Kale and Dez share can Marshal break their connection? What does Dez find out about Marshal that is like wow! what? and we don't get the answer to the big question in this book either. Maybe there could be a novella all about Deznee's mum coming soon? I'd love to read her story. Another person who's stroy I'd like to read too is Ginger's.
I did like at the end of the book the chapter from Kale's point of view, it sort of filled in the gaps for readers wanting to know what happened immediately after the previous book when Kale returned to Denazen with Marshal. It answered a lot of the questions that arose throughout this book.
So did I enjoy the book? YES of course I did! Would I recommend the book? I recommend the whole series! Would I read another book in this series? Definitely as soon as it's available! I love the books and the novella's. As I said above maybe a novella about Deznee's mum to answer a big question we are left with at the end of this book? And then in the future perhaps a novella on Ginger and how she came to the underground etc etc.
Would I read other books by Jus Accardo? Yes I would definitely give any other books by Jus Accardo a go.