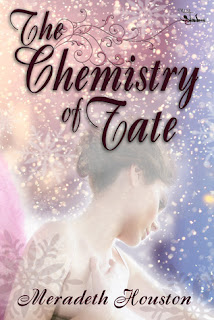 The Characters in The Chemistry of Fate

Thanks so much for hosting me! I thought I’d introduce everyone to the main characters in my second novel, The Chemistry of Fate. Tom, Ari, Oliver, and Ezekiel play some of the central roles and I thought it might be interesting to let them tell you a little about themselves.

I’m going to ask them to tell us all three interesting things about themselves J.

Tom: “Wait, this isn’t a test, is it? I hate these kinds of things. Three things…. Okay, first off, I’m a genetics major at the University of Montana where I’m a freshman. Two, I have two pet mice, left over from a class in high school. I did not name them, but they’re Gumby and Pokey. My lab partner thought that was funny. I didn’t. And, one more? Right. I want to get an A in my chemistry class this semester. It’s a good thing Ari’s studying with me or I’d flunk.”

Ari: “So, you want me to be honest? Like, honest, honest?” Looks around nervously, and after a hushed conversation, sighs and shrugs. “That’s cool. I can tell the truth. I guess. I mean, I don’t normally because that gets me, and everyone else, into all kinds of trouble. I think I’m a little nervous. I kind of tend to ramble when I get nervous. So, okay, three things. One, I’m a Sary. That’s kind of complicated, but I’m basically like a guardian angel kind of thing. Except I’m not an angel. At all. I just try to keep people from committing suicide most of the time. Then sometimes I try to make sure people don’t know about the Sary. Oh, and I have wings. They’re cool. I mean, I like flying. A lot. Wait, is that three things already? I’m pretty sure it is, so I’m just going to stop now.”

Oliver: “Three things? Are you sure just three? I could probably come up with a few more for a pretty lady! … I’m kidding. Really. Swear. See, I can totally do this. First thing about me is that I work in a lab as the manager and run the place mostly. That’s how I know Tom. I know he thinks I’m some kind of lab-god and he’d be kind of right. Second thing: I’m currently single and available, if anyone’s wondering. Third thing: I’m the running karaoke champion in the city. I even have a trophy. If you ever want to hear me sing, all you have to do is ask!”

Ezekiel: “I do not want to participate in this. Thank you for the offer, but I am not in the least bit interested.” Minor shouting as he’s coerced talked into playing along. “Fine. If I must, three things: I’m a Sary. I fully believe there should be punishments for breaking Sary law. And mortals should be far more appreciative of our work than they are.”

Well, there you have it, some of the main players in The Chemistry of Fate!

Special Price whilst the tour is running