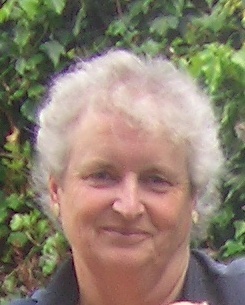 
Jemima Pett and I live in Norfolk, in the UK.

When did you first consider yourself as a "writer"?
About a year ago, when my first book had been out six months, the second out three months and I was just getting the third ready to publish.  I'd written the whole of the trilogy and the sequel long before I thought of getting anything published.

Did it take a long time to get your first book published?
Once I listened to friends who told me to get them published, I went through about 18 months of rejections, sending new queries out every 4 -6 weeks, and getting much the same comment back from those few who replied. "Not commercial enough".  Then I discovered self-publishing.  I know they're not commercial, but people enjoy them!

What is the name of your latest book, and if you had to summarise it in less than 20 words what would you say?
The Talent Seekers is out in May. "Strangely talented people running from their pasts find friendship and futures fighting oppression and cruelty."

What can we expect from you in the future?  ie More books of the same genre? Books of a different genre?
There are lots more books to come in the Princelings series, since every time I do one, more story emerges.  The final book will finish with the Epilogue of the first book (the first one involves time travel).  I started writing it but realised how much more would change in this world before we get there.  Change brings problems and I think seeing how my characters overcome those problems is fascinating. Apart from that, I want to write some pony books! I've a plan to write a modern Black Beauty, since racehorses have much the same downhill path, if they are lucky, as Black Beauty had. I'm also writing a non-fiction book drawn from my father's memoirs.

What genre would you place your books into?
Middle Grade Fantasy Adventure!  Animal lovers a bonus.

What made you decide to write that genre of book?
I didn't decide to write in any genre - I just wrote my books.  It was a case of having the original idea and off I went.  It has made them very difficult to place.

Do you have a favourite out of the books you have written? If so why is it your favourite?
It's probably The Princelings and the Lost City, the third of the Trilogy.  It has a bit of mystery for the Princelings to solve, George is overcoming problems of his own, Fred is suffering from everything going wrong with his love life, and Kira is being a fantastic heroine as usual.  There are lots of twists and turns - in my favourite chapter, everyone passes through the inn at different times of the same day, piecing everything together. Which gave me an idea for another in the series, where the barman pieces a whole load of things together based on things he's seen.  Wrongly, of course!

Do you have a favourite character from your books? and why are they your favourite?
Fred, George, Hugo and Victor were my first guinea pig pets, and the books' characters are based on them.  There is no substitute for your first pets.  I miss the first three of them deeply, but they live on in my books.

If you had to choose to be one of your characters in your book/books which would you be? and why?
Kira, because she's all I wish I could be!

Do you have anybody read your books and give you reviews before you officially release them?ie. Your partner, children, friends, reviewers you know?
So far they've all been on the blog on a chapter basis and my friends have given feedback.  They are mostly guinea-pig owners who knew many of the characters through the guinea pig forum.  Now I have more followers from the previous books and I don't know whether I'll post them in the same way.

Do you gift books to readers to do reviews?
Yes.  But it's difficult to gift the second and third unless people have read the previous ones.

Do you read all the reviews of your book/books?
Yes, so far, because I want to learn from my readers' comments

Would you ever ask a reviewer to change their review if it was not all positive about your book/books?
If they didn't like it I wouldn't, that's up to their preferences.  If it was factually wrong I might ask for their justification, but I think it's unwise to get into discussion on this.  One reviewer I knew via twitter said something that I thought might be misleading so I discussed that with him.  Next time I looked, he'd amended his review, which was nice of him.

How do you come up with the Title and Cover Designs for your book/books? Who designed the Cover of your books?
My cover designer is my niece, Danielle English at kanizo.co.uk, who has recently graduated in Design and Illustration.  I had the original concept for the first, and we've taken it on from there to keep them as a set.  Someone I don't know at all has commented to say 'nice cover' which is great, as I don't really know!

Do you choose a title first, or write the book then choose the title?
The Princelings of the East chose itself, and I decided it would be a trilogy with a Pirate story and a Lost City one.  The fourth one was called Hugo's Story for Ages until I realised what it should be called.  Victor's story is still called Victor's Story and I sometimes wonder whether I'll ever finish it, or whether it has been overtaken by events.  Like Humphrey's story, which I wrote during NaNoWriMo last summer, calling it The Way West, which was safe as there wasn't anything out with that title.  That was kind of fixed at the start, since Humphrey had left to go west in one of the previous books. Then I checked with a search on Amazon this spring to find TWO books had been published just before Christmas called The Way West, so I thought a bit then put a blog question out to get some feedback on the ones I'd thought of.  I got some good suggestions back too, but eventually decided on The Talent Seekers.

How do you come up with characters names and place names in your books?
Most of my characters are real guinea pigs belonging to friends or people on the guinea pig forum Rodents with Attitude.  That's why there are so few females in the first few books - I have all boars.

Do you basic plot/plan for your book, before you actually begin writing it out? Or do you let the writing flow and see where it takes the story?
The first four were rather organic, and I woke up quite a few mornings having solved what would happen next - especially when I got stuck with Hugo's story (The Traveler in Black and White).  Discovering one character was a werewolf was a great solution - and I only had to change one line that I'd written earlier to accommodate the change!  With the NaNoWriMo book I did the five sentence outline trick, which helped me enormously.

Have you ever suffered from a "writer's block"? What did you do to get past the "block"?
Not so much as a block but I got stuck on Victor's story because I couldnt work out who was doing what with whom and why.  There's a paradox that needs to be solved, so I put the pen down (saved the computer file!) to give my brain time to solve it.  That was three years ago!  Last autumn I wrote out all the individual key characters' stories to see if that would help, but I've been too busy with the other stories to get back to it.  It is set in the future relative to the current stories - but it's time is coming... quite fast now!

What is your favourite book and Why?  Have you read it more than once?
Do you have a treasured book from your childhood? If yes, what is it?
I have a number of favourite books, and if it's a favourite, I'll read it loads of times.  They include Lord of the Rings (although not The Hobbit), a number of SciFi books including things by Robert Heinlein, Arthur C Clarke and Poul Anderson, as well as Anne MacCaffrey's Pern series, which may be more fantasy. I also like historical crime like Lindsey Danies's Falco novels, and also Patrick O'Brien's Aubrey-Maturin and the original Sharpe books (not the later add-ins).  Then there are all the horse and wildlife novels - the Jill books, The Silver Brumby books, and a number of Joseph E Chipperfield have followed me around through many years of house moves!

What piece of advice would you give to a new writer?
Keep writing, but keep reading too.

If you could invite three favourite writers to dinner, who would you invite and enjoy chatting with?
JK Rowling, Andrea Camillieri (he's the Italian writer of the Montalbano novels) and Lindsey Davies

And any other information you wish to supply?
Read Jemima Pett's trilogy The Princelings of the East http://www.princelings.co.uk