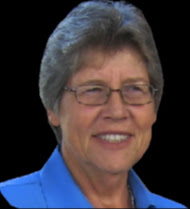 What is your name, where were you born and where do you live now?
My name is Cathy Benedetto. I was born in Bremerton, Washington and currently live in Lexington, Kentucky.

Did you always want to be a writer? If not what did you want to be?
Actually, I always wanted to be a teacher and coach, which is the career path I chose. But I have always enjoyed writing, did well with it in college and eventually got the opportunity to write some articles about women’s basketball.

How long does it usually take you to write a book, from the original idea to finishing writing it?
About a year, give or take. I have several serious hobbies and writing shares time with them. Otherwise, I think I could complete a book and 6-8 months.

What can we expect from you in the future? More books of the same genre? Books of a different genre?
Right now I’m not sure. I wrote my fantasy trilogy so that it could spark future storylines, but I’ve also outlined an educational book, and have additional ideas in other genres. At the moment, I’m very involved in my other interests – lapidary, woodworking and jewelry making so writing has taken a back seat for the time being.

Do you have anybody read your books and give you reviews before you officially release them? Your partner, children, friends, reviewers you know?

For my first book I had several friends read it first along with my partner. For the second and third, just my partner read and then folks who edited for Blackwyrm. The first time around, I was very curious about their reactions and critiques/suggestions and definitely took some of their suggestions. My partner is an excellent grammarian and really cleans up my writing and I find that extremely helpful. She doesn’t care for the genre, but that’s actually better because she is quite objective and insistent. I’m realistic. I know that I can write better than some and not as good as others, so I’m prepared for criticism, and not everyone likes the genre or the pace of the story, which means some folks won’t like it while others will. That’s just the way it is.

Would you ever ask a reviewer to change their review if it was not all positive about your book/books?
Never! People like different things, have different tastes. One reviewer was upset that they were left hanging at the end of the first book. I guess they weren’t aware that it was a trilogy and designed to end like it did. I realized that we should have indicated it was book one of a trilogy on the front cover. Live and learn. But still, I write in a style that I like reading. Fast-paced books that leave things to the reader’s imagination and don’t provide endless detail are what I enjoy and therefore what I write.

Do you decide on character traits(shy, quiet, tomboy girl) before writing the whole book or as you go along?

A bit of both. Actually, part of the feedback I got from reviewers of the first book was that they liked a secondary character more than the main character. I had to figure out why, especially what was missing in the main one, and do some lengthy re-writing. I think that can happen when you have a real feel or sense about a character and can base them on someone you know or make them a composite of some you’ve read about. It’s harder when you create an ‘alien’ character even if they are humanoid appearing. There’s nothing to base the individual on and, for me at least, more difficult to bring to life.

Have you ever suffered from writer’s block? What did you do to get past it?
I don’t believe in ‘writer’s block’, at least, not for me. Maybe that comes from thirty plus years in education – you just learn that there are lots of ways to generate ideas. You can brain storm, word associate, talk with friends. The list goes on. I’ve taken breaks from writing, or just simply decided to put the manuscript aside for a while, but it’s never been for a lack of ideas. As I mentioned earlier, I have some other serious interests and don’t want to spend all of time writing.

Are there any hidden messages or morals contained in your books?
I have strong feelings about war and about equality, so both of those subjects are presented in the trilogy. I find the whole concept about superiority of one race or gender, etc., over another to be stupid and ridiculous. I understand it from a sociological perspective but believe that we should be well past that by now. War is another event that really bothers me. I wasn’t at all sure how I would answer that question at the end of the third book, and of course, you’ll have to read it to find out what I eventually decided. 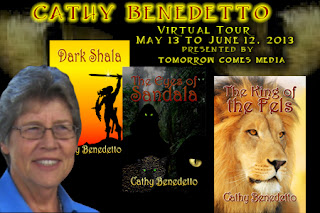