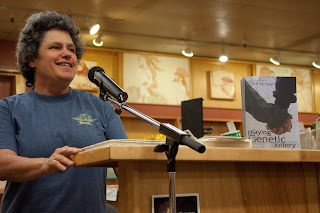 One out of every four people will be affected by mental illness during their lifetime. Despite its prevalence few people know much about mental illness beyond the old stereotypes, misinformation, and rumors. Unfortunately, due to the stigma associated with mental illness, many people are too ashamed or embarrassed to seek help for themselves or their loved ones.

National Mental Health Awareness Month was started in 1949 to help educate and inform people about depression, bipolar disorder and schizophrenia. And one of the best ways to learn about a topic is to read a true-to-life novel about it. With that in mind,, the author of a novel about schizophrenia has reduced the price of her e-book during the month of May.
Playing the Genetic Lottery, a novel by Terri Morgan, will be available on Amazon.uk for 77 pence and at Amazon.com for $.99 for the entire month. The novel is a fictional memoir of a strong and resilient wife and mother who grew up with two parents who were living with schizophrenia. This touching, poignant and heartwarming novel dispels many of the misconceptions surrounding schizophrenia. The novel also touches on depression and bipolar disorder, as well as treatments for mental illness. 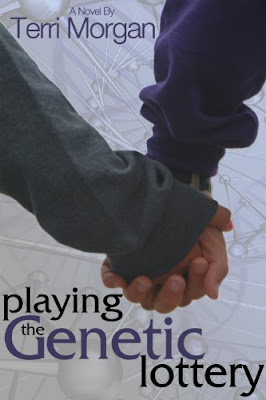 “Novel can help enlighten and educate people while entertaining them. One of my goals in writing Playing the Genetic Lottery—aside from creating a good read—was to educate people about schizophrenia and the impact it has on families,” Morgan said. “My hopes are by raising awareness about mental illness I can raise compassion for people who are living with schizophrenia, and help reduce the stigmas associated with mental illness.”
“Although Playing the Genetic Lottery is a novel, I worked hard to weave accurate information about the disease into the book,” Morgan said. “I wanted to raise compassion, but not at the expense of individuals living with schizophrenia. So I was both relieved and honored when Ashley Smith, the founder of Embracing

My Mind, wrote a wonderful review about my book. You can read her review at
http://overcomingschizophrenia.blogspot.com/2013/01/terri-morgans-book-review-of-playing.html"
Playing the Genetic Lottery will be available for 99 cents at http://www.amazon.com/Playing-the-Genetic-Lottery-ebook/dp/B0067NOY6U/ref=dp_kinw_strp_1  from May 1 to May 31, 2013.
For more information about the novel, visit http://terrimorgan.net.

Purchase Link for Amazon.co.uk
Posted by Jeanz xx at 13:53