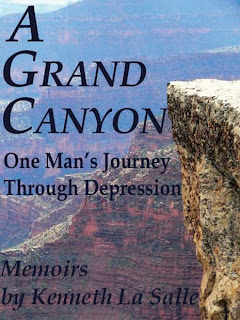 BLURB from Goodreads
Author Ken La Salle has written over a dozen novels and his plays have been performed around Southern California, but his most personal work remained hidden until now. In September 2002, Ken left his home and drove to the Grand Canyon to kill himself. The only life he'd ever known was little more than a shambles. He'd lost his wife and now he realized that he really couldn't live without her. All that was left was depression, booze, and guilt - with a running start and a jump over the edge, he would end it all. Ken's story is filled with dysfunctional families, love found and lost, breakups, breakdowns, and his attempts to end it all. It's the true story of a man lost without love and too destroyed to think he deserves love. But the most amazing part of the story isn't what set him on the road to the Grand Canyon, it's what happened... afterwards... 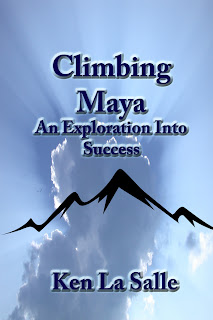 BLURB from Amazon.co.uk
An Exploration Into Success Who has not gone through a crisis? Who has not heard one door close just to see another open? What do we strive for and why? Why are some people driven to take care of the world and all its problems? What is success and what does it mean to be successful? What is it that we chase after, day after day, and inevitably judge the value of our lives against? Do the old answers of career and money really hold up? Those going through lay-offs, career changes, lifestyle adjustments such as having children, health crisis, or coming back from serving overseas and facing employment with handicaps (both emotionally or physically), and persons forced into early retirement will relate to this memoir. Faced with unemployment, the impending death of one friend and self-destruction of another, Ken La Salle begins his search for the meaning of success. It’s a search that explores why we still crave success that in the face of inevitable death could be nothing more than Maya, the illusion of life referenced in eastern myth. Through research, analysis and epiphanies from some very unlikely sources, he helps us push through all of our preconceived notions to a concept so few really understand - so that we can reach for the rope, grab it, hold on tight, and pull ourselves up. This is a book that will be shared, given, and pondered for lifetimes and beyond. Yes, it is all true. This is his story. 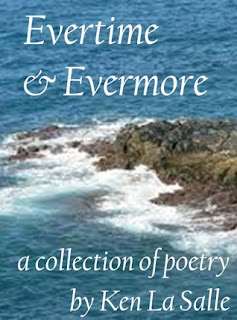 BLURB from Goodreads
In Evertime, my love was lost upon a fallen shore...and here I wait, awaiting Evertime and Evermore.In Evertime and Evermore, playwright and author Ken La Salle collects some of his favorite poems for the first time. Some were taken from the darkest places from his life, like The Slaughterhouse (It is industry that has a reason in a world of others who wish to slaughter, themselves). Others are far more whimsical (Even organ donors have to face a little rejection. Might as well enjoy yourself a little pickle-type confection). Either way, many are accessible and enjoyable for any reader