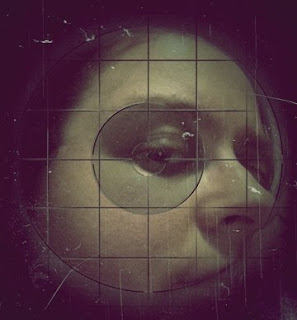 What is your name, where were you born and where do you live now?
I'm Gwen Perkins.  I was born in Salem, Oregon though I always think of myself as being from Brinnon, Washington out on the Hood Canal.  Presently I live in Tacoma, Washington also known as the "City of Destiny."  Has a ring to it, doesn't it?

What is the name of your latest book, and if you had to summarise it in less than 20 words what would you say?
My first book ( out now) is The Universal Mirror but I have a sequel entitled The Jealousy Glass which is coming out this November.  If I was to summarize the series, I suppose I could refer to it as "Magicians Behaving Badly."  Really, what the books are about is doing what is right in the face  of conventional authority telling you that you're wrong.

Who is your publisher? or do you self publish?
I'm with Hydra Publications, a small press in Indiana.  It's been a fantastic experience thus far and I love meeting and working with other authors, both with my press and outside of it.

Which of your books were easier/harder to write than the others?
I have to admit that my second novel was harder to write because in many ways, the book is more personal.  There are some very difficult topics—it deals a lot with prejudice that I've experienced in my own life.  In spite of that, one of the overall themes is about learning to love and tolerate all people in the end, even those who may treat you badly.  Sometimes, it's hard to find empathy for others who seem to have none for you, even as a writer.

There's one line in particular in The Jealousy Glass  that wrenches me inside a little when I think about it—it's the simplest little line and probably most readers will miss it but it so perfectly expresses how I myself have felt at points of my life.

What can we expect from you in the future?  ie More books of the same genre? Books of a different genre?
I have plans to continue the Artifacts of Empire series with two more novels and possibly more.  (The world is so rich that I could play in that sandbox for years to come.)  I'm also co-writing a YA novel with Wilson Fabián Saravia so more about that will be revealed later this year.  After that, who knows?

Do you read all the reviews of your book/books?
If I'm aware of them, I certainly do.  I may not always compulsively check for them (that way lies madness, I've learned) but I do enjoy finding out what readers think.  Good, bad, or indifferent.

Would you ever ask a reviewer to change their review if it was not all positive about your book/books?
Absolutely not!  I learn just as much from my critical reviews as from my positive ones.  To be honest, I enjoy them.  It's not often that writers get to have an insight into how a reader sees their work.  When I read reviews, I often learn things that I didn't know about how the book sounds or how it's perceived by other people.  I may not agree with the review but generally speaking, I'll think about it for quite some time and use it to improve my work.

I have to be honest and tell you that my second novel was influenced by comments about the first, hopefully in a positive way.  I did make more efforts to strengthen my exposition because of critical remarks.  Other reviews also had an impact.  For instance, I felt much better about making a minor character from Mirror (Felix) a point-of-view character in Jealousy Glass because of all the notice he received from readers.  Now, I would have done this regardless but it was a little nerve-racking wondering whether this would be accepted.

How do you come up with characters' names and place names in your books?
In part, I take names from history.  Fairly frequently, you can find a historical figure who shares a name with one of mine and there's often a reason for it.  In some cases, I borrow names from popular culture (Quentin was named for the werewolf from Dark Shadows).  My children are also fond of naming my characters—they named both Felix and Nicolas.  I admit that often a character I hadn't intended to be a favorite gets more prominence with me because the kids gave them a name.

What are you currently reading? Are you enjoying it? What format is it?(ebook, hardback or paperback)
Oh, I'm currently reading a trio of unreleased books by fantastic authors (all will be released in ebook and paperback).  Beyond Anon by Peter Giglio (coming out in June), Cassandra's Castle by Dianne Gardner (part of her Ian's Realm Saga, coming out this fall), and The Exile's Violin (also coming in fall) by R.S. Hunter.  I'm overwhelmed by the talent sitting on my bookshelf right now, to be honest.  As a writer myself, it's a little intimidating!

Do you have a treasured book from your childhood? If yes, what is it?
Little Women by Louisa May Alcott.  I always wanted to be Jo when I was younger… actually, I'm not so sure that I'm not.  I do lovingly call my house Plumfield sometimes because it's full of fruit trees, children, and writers.

All of my social media is linked at http://theuniversalmirror.com and you can find out more about the series there as well.

Your blog details?  It's "A Few Words," over at http://gwenperkins.wordpress.com
Your web site ?  http://theuniversalmirror.com
Your facebook page?  http://www.facebook.com/pages/Gwen-Perkins/227456783969902
Your Twitter details?  http://twitter.com/!/helleder
And any other information you wish to supply?
I'd love to hear from people!  I always follow back so don't hesitate to track me down and friend me.  J I should also note that I love to help other writers, readers, artists, and bloggers out so if you've got an interest in being a part of my blog, just shoot me an email.  gwen@ironangel.net
Posted by Jeanz xx at 07:00