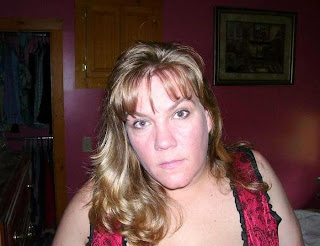 What is your name, where were you born and where do you live now

Rebecca Hart. I was born in Albany, NY and currently live within 50 miles of where I was born. Pretty boring, huh?

Did you always want to be a writer? If not what did you want to be?
when I was younger I wanted to be an artist, then a veterinarian, and then an architect. I never sat down and thought, yes I want to be a writer. It wasn't until I took a creative writing class later in life that I really took writing serious and thought about letting others read the stuff I had been putting into notebooks for years.

When did you first consider yourself as a "writer"?
I think when I got my first acceptance letter. Even though it was for a short story, it felt like the beginning of something bigger.

Did it take a long time to get your first book published?
By comparison, no. I wrote Call of the Sea last year, subbed it in December, and it will be out in June. Pretty fast from what I have heard.

Do you work another job as well as your writing work?
Yes, I work FT in IT for a state agency - very dry stuff. I also work for Inkspell as their Social Media Manager on the side. As if that wasn't enough, I also have a book review blog I try to keep current.

What is the name of your latest book, and if you had to summarise it in less than 20 words what would you say?
Call of the Sea is my only book at the moment and my debut novel. Hrmmm... less than 20 words. A romantic sea adventure with some paranormal elements and where typical gender roles are reversed.

Who is your publisher? or do you self publish?
I was lucky enough to have Inkspell publishing accept and publish the novel.

Do you have a "lucky charm" or "lucky routine" you follow when waiting for your book to be accepted by a publisher?
This is besides checking my email every 30 seconds from the time I hit send to the time I get a response?

How long does it usually take you to write a book, from the original idea to finishing writing it?
It depends on the story and the hecticness of my life at the time. I wrote Call of the Sea in about 3 months, but I have two novels in progress -- one has been sitting awaiting attention for over a year, and the other I started writing in Nanowrimo 2009 and still haven't finished it. For me, it is all about which characters are whispering in my ear the loudest.

What can we expect from you in the future?  ie More books of the same genre? Books of a different genre?
I really tend to lean toward fantasy with respect to my writing. I have an obsession with lore and fairy tales, so for me it wa a natural progression. The romance part of things just sorta appears when I write. I don't start writing a "romance", but most of my stories  end up with a romantic theme to them. *shrugs* Maybe, I am a softee...

Do you have plans for a new book? Is this book part of a series?
Call of the Sea isn't a series book, just the tale of two soul mates who find each other. My current WIP is slated to be the first of a fantasy novel series, however. I have the first book about half done and a second one started. My goal for the rest of the year is to finish and polish the first to start querying it.

What genre would you place your books into?
That was a tough process for Call of the Sea. The characters are of an age that it would almost fit as YA or New Adult, but my publisher and I felt with some of the scenes and mature themes, it would suit better as Adult Paranormal Romance.

If you had to choose to be one of your characters in your book/books which would you be? and why?
I would definitely pic Ellie Winters, from Call of the Sea. First off, she is a pirate.... love that. My other reason? She has balls the size of cantaloupes. She says what she thinks and doesn't much care who likes it or not. I would love to have that much conviction and "go get em" attitude.

How long have you been writing?, and who or what inspired you to write?
I have been writing since high schools (so 25 years or so), but have only really been submitting stories for publication for a little over a year now. As I mentioned a bit earlier, this is my first novel length piece.

Do you have anybody read your books and give you reviews before you officially release them?ie. Your partner, children, friends, reviewers you know?
Absolutely! This is invaluable, at least to me. I have a small group of beta readers I count on for the "reader" perspective, and I also have a great crit group I belong to: Sisterhood of the Traveling Pens. The ladies that belog to the group with me are all writers as well, so we try as much as possible to read through and crit each others work


Do you gift books to readers to do reviews?
To a limited degree. We only get so many free copies to give out for this sort of thing. Most of the review set-ups are done by the publisher.

How do you come up with the Title and Cover Designs for your book/books?Who designed the Cover of your books?
The title was easy for this one, though I had started with a title of 'The Pirate and the Selkie' -- Call of the Sea just fit, despite how many times it has been used as a title. Something I didn't really think about until later. Oh well :PThe cover designer at Inkspell Publishing is absolutely AMAZING. This is her website: http://najlaqamberdesigns.blogspot.com/

Do you choose a title first, or write the book then choose the title?I wrote it with a working title (see above) and then settled on Call of the Sea when it was finished.

How do you come up with characters names and place names in your books?
Most of the time, names just come to me -- like the characters just tell me who they are... sorta weird, huh? Places is a bit harder. They depend more on plot and necessity. What works from a historical perspective, what the characters job is, things like that.

Do you decide on character traits (ie shy, quiet, tomboy girl) before writing the whole book or as you go along?Most of the time, the character appears to me with their quirks and personalities and they just seem to emerge more as I write more, but sometimes I need to do a bit more shaping on my own to get them to come into full focus.

Do you basic plot/plan for your book, before you actually begin writing it out? Or do you let the writing flow and see where it takes the story?
Very basic, yes, but I am a full fledged pantster, so I don't outline my stories. I start with a basic idea and let the characters tell me their story. I kinda just write it all down and sort it out later.

What do you do to unwind and relax?Do you have a hobby?In the summertime the family spends weekends at our campsite -- that helps me relax. Just love it up there, and I tend to get more writing done for some reason. Not quite a hobby, but I do play softball with friends in the summertime and I read a lot as well. Every so often I will pull out a sketchbook and do a drawing or two.

What is your favourite book and Why?  Have you read it more than once?More books than a single title. The Chronicles of Narnia has always been a favorite to me. I have read it a few times now. First to myself and later a chapter at a time to my children for bedtime stories. They loved it!

Do you have a treasured book from your childhood? If yes, what is it?
Oh, yes. My favorite as a child was Where the Wild Things Are by Maurice Sendak (probably like just about 45% of all children of my era).


Do you have a favourite genre of book?
Romance and fantasy are my favorites for both reading and writing.

Is there a book you know you will never read? Or one you tried to read but just couldn't finish?I wont even try to read Twilight -- sorry - vampires are scary (maybe sexy), but not adorable and sparklie :)

Are there any New Authors you are interested in for us to watch out for? and Why should we watch out for them?
Some of my favorites are "unknowns" -- off the top of my head: Jocelyn Adams, Julie Reece, and Stephanie Lawton -- Why? because their books are good :) and I am a tough critic sometimes.

What piece of advice would you give to a new writer?
Don't overthink things. Just write and sort it all out later. The worst thing I ever did was try to edit as I went. Every word on paper became a torture event. Now I just let it spill and worry about how it reads later. Trust your "voice".

Do you or would you ever use a pen name?
Yes, for my erotica stories. But, I dont consider it a pen name really, since it is just my maiden name :) Not very secretive of me. 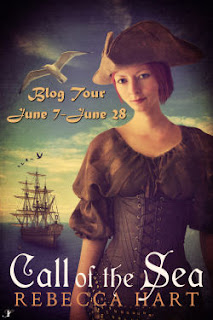