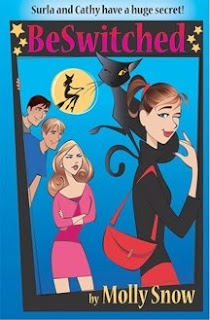 BLURB from Goodreads
When a magical black cat, Surla, runs away from her bombastic witch, she has no idea she will soon be living the life of shy teenage girl, Cathy Phillips, confronting the mean girls and cute guys of Washington High.Cathy’s peers notice a dramatic change when she starts standing up for herself, dressing differently, snagging dates and picking up feline habits. Meanwhile, Surla’s witch is a flaming red-haired fury, awkwardly trying to fit into society, so she can find her familiar and perform magic once again.The “curse” of being BeSwitched may just be the most purr-fect secret these new best friends could ever have! 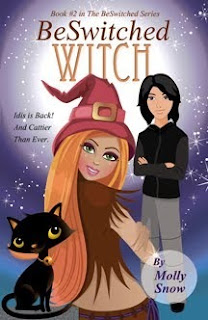 BLURB from Goodreads
When the sassy black cat, Surla, ends up crossing paths with her ex-witch, the outrageous and hot-tempered Idis, it triggers again the curse of being BeSwitched.Idis was supposed to be dead in a drawer at the morgue, and Surla was supposed to be having some bonding time with her new human best friend, Cathy. Instead, these two enemies are forced to get along or stay switched forever while in search for the last spell book... If only the curious and handsome new guy in school, Jax Morreau, would stop distracting Surla from their plan. 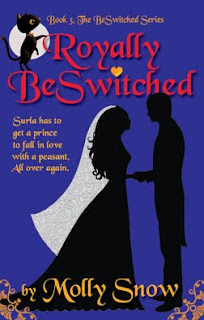 BLURB from Author Molly Snow
Hexed back to the 1700s, when castles and sword fights abound, a magical black cat, Surla, and her human crush, Jax Morreau, have no idea what troubles await. When Jax’s distant relatives, a lowly maidservant and a pampered prince, miss their chance at love, evil gains a stronghold in the kingdom.It’s up to the duo from the future to reset the course of love before it’s too late. Surla will do anything, including be BeSwitched with the maidservant, to clean up the royal mess and have a chance with Jax.

Molly Snow be giving a link to a free ecopy of BeSwitched Witch, June 21-22. Visit me and get your copy! #parafreebies
Posted by Jeanz xx at 03:00