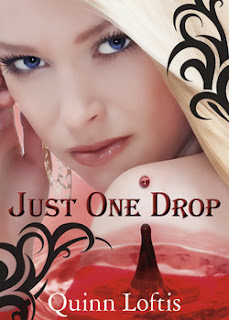 We want you to feel safe, Jen. No one will force you to do anything, and if you happen to meet your mate don't panic, okay?"
"Alpha," Jen smiled ruefully, "when have you ever known me to panic around yummy werewolves?"
A growl resonated through the room.
"Oh, stick a cork in it, B," Jen snarled at Decebel.
Vasile cocked his head to the side as he looked at Jen. "B?"
"Yeah. Ya know, for Beta. Although, I like it because I could also be calling him the technical term for a female dog and he wouldn't know it. So really, calling him B totally works to my advantage," Jen explained in all seriousness.
Everyone turned when a quick burst of laughter came from the right side of the room. When Sorin saw everyone turn their eyes on him, he quickly began coughing. Holding up his hands, he finally composed himself. "Pardon me, Alpha. I seemed to have swallowed wrong."
"You have to be careful while swallowing smart ass comments, Sorin," Jen teased. "They tend to have a choking effect."
Sorin winked at Jen, who refused to look at the ominous wolf in the room currently staring a hole in her head.
Jen looked back to Vasile. "Okay, so the moral of the story is find a mate, don't panic, and try to avoid any male pissing contests…literally." Jen winked at Decebel as she said this and he lifted his lip in a snarl.
"That sounds about right," Vasile agreed. "I think today you should just go about the rest of your day as usual. Try not to worry about The Gathering."
Jen snorted. "Yeah, I'll get right on that."

Quinn is giving away:

Click here to be taken to Bewitching Blog Tours Page to enter the giveaway.