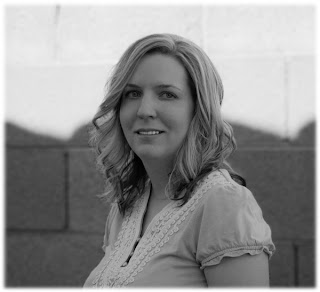 Do you have a favourite character from your books? and why are they your favourite?
Honestly, they're all my favorite while I'm working on them. Whoever's head I'm in at the time feels the most real, the most interesting.
If I had to choose a favorite, I'd probably go with my heroine in Banshee Charmer, Mac. I loved being in her head because she's so straightforward in how she speaks and acts. I wish I could be so brash! She's also quite matter of fact about the things happening around her. That's the kind of attitude that comes in handy during the tough times in life. Something that Mac, unfortunately, discovers first hand.

How long have you been writing?, and who or what inspired you to write?
Writing was just something that I've always done, to one degree or another. When I was a kid, I read a lot of epic fantasy, so I would write up these lengthy character information sheets (a la D&D), and create huge histories for the worlds in which I planned to set my stories. I drew out maps, complete with stories and backgrounds for each place on them. Of course by the time I completed all of these things, I would barely start on the story before becoming enchanted with the next idea and moving on, haha. But, at the very least I think these experiences helped build my world building skills.

I didn't actually start writing for publication until a couple of years ago. My early efforts—like those of so many writers—are best left in a dark drawer somewhere. But I found that with proper planning and setting a very job-like schedule (because writing is a job to me—an awesome job but still a heck of a lot of work) I was able to finish what I started. And since then I work on a daily basis to improve my skills.

Would you ever ask a reviewer to change their review if it was not all positive about your book/books?
Never, never, never in a million years. I'm a firm believer that reviews are for readers, not authors. I can't even bring myself to comment on good reviews. I won't say that I don't sneak peeks at reviews, but I would never presume to comment. And the idea of asking a reviewer to change or explain his or her review makes me a little nauseous. People are not required to like my books.

Do you choose a title first, or write the book then choose the title?
Oddly enough, this really varies by book. Banshee Charmer came quite easily and even before I started writing. That was my WIP title and it stuck throughout. Succubus Lost came to me in the planning stages as well. But it seems like when the title doesn't just magically come to me (like with my soon-to-be-released novella Once Prey, Twice Forsaken), creating a title is very difficult. In fact, I think I've come up with some of the worst titles known to man. And no, I'm not sharing them. They're safely hidden in my mental closet of shame. ;-)

How do you come up with characters names and place names in your books?
I start with whatever comes to mind. Then I make sure they don't rhyme or all start with the same letter. I have a terrible habit of doing one or the other or both and not realizing it until the end of a story. It's really awkward when your beta readers point out that nearly everyone's name in the entire story starts with an "A". And yes, I actually did that, haha. Occasionally, I will go to Google and look for names. I do this a lot when I need a name from a specific nationality or from a certain time period.

For place names, I tend to use real places (most commonly so far is Chicago and its suburbs). Although I do have to come up with names for restaurants, bars, and other places my characters visit.

Do you basic plot/plan for your book, before you actually begin writing it out? Or do you let the writing flow and see where it takes the story?
I am a plotter—down to the scene level. I start with a high-level plot idea and then break it down. When I used to attempt to pants, my characters just sat around staring at each other, picking their noses. Now, while I have a plan, the next scene or plot point to work toward in my outline, I also allow for reasonable organic changes. Meaning, if my character decides to do something different, or my villain reveals something about himself that shocks me, I generally go with the flow—then adjust my outline. That tends to happen to me a few times while writing a novel or novella, but my overall arcs generally stay pretty darn close to my initial outline.