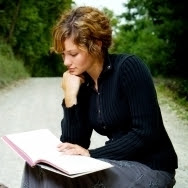 1.    What is your name and where do you call home?
Jody Kihara, and home is Vancouver, Canada.

3.    What is the name of your most recent book and if you had to sum it up in 20 or less words, what would you say?
The Frankincense Trail – young Arabian princess joins a trading caravan, then finds she’s in the company of thieves and mercenaries. Chick-lit Arabian Nights.

4.    Do you have plans for a new book? Is this book part of a series?
I’d love to write a sequel to this book someday! But I have several other books written that I want to publish first.

5.    What or who inspired you to start writing? And how long have you been writing?
I’ve always loved writing… I think I was making up stories as soon as I could write full sentences. My inspiration has, and continues to be, my favourite authors. As a kid, I was an Enid Blyton devotee; my current fave is Alan Bradley. Ah, those British mysteries… I guess my tastes haven’t changed much!

6.    Do you gift books to readers for book reviews?
Yes I do! I’m also offering a giveaway with this blog tour – head over to my Facebook page to enter: www.facebook.com/jodykiharabooks

7.    How did you come up with the cover? Who designed the cover of your book?
I designed it!
I knew from the start that I wanted Alia (the main character) to be on the cover. I also would have liked Kardal, but it would have been too hard to put the two together without doing an actual photo shoot (wouldn’t that be fun to do!). I spent AGES searching photos before finally finding my Alia. She’s not quite as middle-eastern-looking as I originally wanted, but I love the expression in her eyes (although I had to photoshop her eyes, as the story is very specific about Alia having green eyes).
I added the image of the camels to give more of a sense of what the book is about, and then was looking for a suitable ‘frame’ for the images when I hit upon the idea of a middle-eastern-shaped door. You’d laugh if you saw the original photo; the door had yellow padding over part of it! A graphic designer friend had to help me photoshop that out.
I’m really pleased with the results; I love the cover. And all those days of photo-hunting paid off, because I then had a stock of photos to use for the video trailer!

8.    How did you come up with the title for your book?
The actual trade route is called The Frankincense Road, after The Silk Road, but I changed it to Frankincense Trail as they’re, well, off-roading.

9.    Is there anything you would change about your book? And why?
There’s one scene at the end that I went back and forth on SO many times… I started with it one way but all my critiquers demanded that I add more… there’s one small (but important!) piece that I kept putting in… taking out… putting in again... I can’t tell you what it is without giving a huge spoiler, so let’s just say it’s the final scene with Kardal, and I ended up giving the public what they wanted!

10. Do you have a book trailer? And what are your thoughts on book trailers?
I do have one! You can view it on my Facebook page or on YouTube: http://bit.ly/frankincensetrail
I have no idea if trailers are effective or not at making people read the book, but I had all these great photos that I’d gathered up from my cover photo search, so it seemed like a waste not to use them. Also, given our culture’s lack of knowledge about pre-Islamic Arabia, I thought the trailer would help make the book feel more ‘real’ to readers.
Then, when I went to put music to the trailer, I already had the perfect piece. Several years ago, when I worked in a recording studio, I helped a friend to record a song, and that’s the first one you hear. It’s so beautiful, yet quite eerie; it makes me shiver!

11. Do you prefer e-books, paperbacks, hardcovers or audiobooks?
I recently bought an e-reader and I love being able to carry hundreds of books in my handbag. Bored of one? Just pick another! Also, our local libraries lately had several cases of bedbugs in books – ewww! That’s kinda put me off getting print books out of the library – I don’t want to carry an infestation home!
Which is too bad, cause I do prefer the feel of a print book in my hands. Also, the one down-side of e-books is that the covers generally don’t look as good (especially if the e-reader is black and white!) I’m kind of a book cover fanatic, so I’m glad that e-readers are finally going colour.
As for audiobooks… it depends so much on who narrates them. I was trying to listen to a Sherlock Holmes mystery but just couldn’t cope with hearing such a British novel being narrated by an American! LOL. But I also just listened to Jonathan Stroud’s ‘The Ring of Solomon’ and the narrator was FANTASTIC. I want him to narrate my books!

12. Are you a self-published / Indie author?
Yes I am! I’m loving the indie route; you’re in charge of everything yourself, and not at the mercy of someone else’s decisions, (slow) schedules, etc.

13. Have you ever read a book more than once? And if so what was it?
Oh gosh, I have ones that I’ve read DOZENS of times. I have my go-to books for when I’m home with a cold… either the Modesty Blaise novels (she’s kind of a female James Bond) or Georgette Heyer (regency romances, but they’re more humorous than romantic.).
Oh, and I just re-read The Hunger Games – what a fabulous book. I can’t wait for the movie!

14. What book are you reading at the moment? And in what format?
I’m finally reading Amanda Hocking’s Trylle trilogy. I’d heard so much about her books, and she’s definitely an inspiration to indie authors, so I figured it was high time I actually read them!

15. Do you have any advice for other writers? And what's the best advice that you have been given when it comes to writing?
Start writing, keep writing, and DON’T even think about publishing, at first! It takes years to develop your craft.
You also have to learn to edit, which is the hard part for most of us. I cut my editing teeth by critiquing, and I probably learned as much from critiquing other people’s work as from having my own critiqued; it trains you to look at writing with an editor’s eye rather than an author’s. A great site to start on this is www.critiquecircle.com.

In 200BC, frankincense was worth its weight in gold, making Arabia was the envy of the world. But wealth comes at a cost: the precious resin had to be transported along the Frankincense Road, a dangerous route through rocky mountains and barren desert. Alia is a princess in a dwindling kingdom that lies on the Frankincense Road. Having grown up hearing tales of Bilqis, the Queen of Sheba, she dreams of finding a way to restore her kingdom’s former might. When a caravan journeying to the mysterious incense lands stops to take on travellers, she sees her chance. She soon realises, however, that her trust in the caravan leaders has been misguided. They are not mere incense merchants, but traitors and mercenaries. Alia’s journey soon turns from dangerous to life-threatening. The Frankincense Trail is a story that transports the reader to a time and place reminiscent of the Arabian Nights tales.