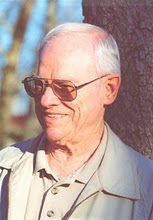 1. What is your name, where were you born and where do you live now?
My name is Chester Campbell (I use the middle initial D. on my books). I was born in the middle of the Roaring Twenties inNashville, Tennessee and currently live in the northern suburb of Madison.
2. What is the name of our latest book, and if you had to summarise it in less than 20 words what would you say?
The Good, The Bad and The Murderous
Medicare fraud, drug trafficking, bad cops, a hit man complicate Sid Chance’s efforts to prove a man innocent of murder.
3. Do you have plans for a new book? Is this book part of a series?
I write two mystery series and I plan to continue alternating them with new books. The next one will be the sixth Greg McKenzie novel, featuring the retired Air Force Office of Special Investigations agent and his wife of thirty years. Both series involve private investigators. The new book is the second Sid Chance novel.
4. How long have you been writing, and who or what inspired you to write?
While I was studying journalism in college I read a couple of books by Horace McCoy—They Shoot Horses, Don’t They? and No Pockets in a Shroud. They hooked me on mysteries and I wrote one on my little portable typewriter while going to school during the day and working nights as a newspaper reporter. Needless to say, it was an amateur effort that went nowhere. But I knew what I wanted to do eventually.
5. Do you gift books to readers to do reviews?
I have a few times. With the new book, I offered review copies on the mystery email list, DorothyL.
6. How do you come up with the Title and Cover Designs for your books? Who designed the Cover of your books?
Sometimes the titles come to me in a flash. At other times, I sweat over them almost until the book is finished. A couple of times the editor or publisher suggested a slight change. In the first book it was leaving on a “The.” In the new book, it was adding three “The’s” to make The Good, The Bad and The Murderous. It's a long title, but it's a takeoff on the movie title, The Good, The Bad and The Ugly. The cover designs were done by several different artists.
7. Have you ever based characters on people you know or based events on things that have happened to you?
A character in my first book, who has appeared in all the McKenzie novels as Greg’s best friend, was modeled after the man who set up a group tour of the Holy Land I was involved in. It was that trip that gave me the idea for the book, Secret of the Scroll. It starts with a tour similar to the one I took.
8. Which format of book do you prefer, ebook, hardback, or paperback?
I like them all. Each has its purpose for me. Few readers will buy a hardback by a little known writer like me, but they sell to libraries. The paperback is what most readers buy, and I’m one of them. I’m currently selling more ebooks than paper books, and that’s fine with me.
9. What are you currently reading? Are you enjoying it? What format is it?
I’m reading William Kent Krueger’s Northwest Angle, the eleventh book in his Cork O’Connor mystery series. I haven’t gotten far, but it’s off to a great start. The book is just out in hardback, but I’m reading a paperback advance copy.
10. Are there any new Authors you are interested in for us to watch out for? And why should we watch out for them?
There’s one I’m intimately acquainted with since she’s a member of my writers group. Jaden Terrell’s first Jared McKean mystery, Racing the Devil, was published by a small press, then picked up and will be re-released by Permanent Press in January 2012. The second, A Cup Full of Midnight, will be out next August. Jaden is a talented writer. Her gritty style is a surprising contrast to her gentle manner.
11. What do you think about book trailers?
They are an interesting innovation, but I’m not sure how much good they do in promoting books. I have produced trailers for several of my books, and will probably do more. They’re a challenge to put together without looking too amateurish. I can’t afford to spend a lot of money getting them done professionally.
12. What piece of advice would you give to a new writer?
Learn all you can about writing fiction, then write. It’s a craft that improves with experience. Just keep writing and don’t get discouraged. I didn’t start writing in earnest until I retired, and my first novel was published at age seventy-six. It’s never too late to start. I now have seven books in print and more in the works.
Where can readers follow you?
Website: http://www.chesterdcampbell.com
Blog: Mystery Mania http://chestercampbell.blogspot.com
Facebook: http://facebook.com/chester.campbell1
Goodreads: http://goodreads.com/author/show/1168823.Chester_D_Campbell
Chester Campbell
The Good, The Bad and The Murderous - a Sid Chance thriller
Recipe for turmoil:1 reformed murderer, 1 bad cop, 1 relentless hit man
Mystery Mania Blog: http://chestercampbell.blogspot.com
http://www.chesterdcampbell.com

Thank you for taking part in this interview and allowing us an insight into your world of writing.
Posted by Jeanz xx at 18:01