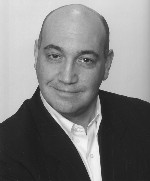 What is your name, where were you born, and where do you live now?
My name is Brian T Shirley. I was born in Atlanta, Ga and grew up in the Marietta/Smryna area. I now live in Chas.,SC


Can you tell us a little about your books?


My books are more aimed at the adult market. I would say early twenties to infinity. They are the first two book in a series. The first book has over two hundred words of wisdom. Some of them are old sayings I've twisted around,some are original sayings and there are some insults in there. The second book is more of the same, except I've thrown in some popular song titles and made comedic sentences with them. Such as," I was Taking Care Of Business down at the Love Shack, when I Fooled Around And Fell In Love." You can go to my website and click on the "excerpts from both books" to get a better idea. If that's not enough, I can send you one. My website is at the bottom, and here's my interview questions. I've numbered them to match your page you sent me. Thanks so much once again.

What can you tell us about your latest book (in 20 or less words please)?
My latest book is " Four Score and Seven Beers Ago...". It's the second book after "Make Love Not Warts". Both books feature words of wisdom from a comedic point of view, along with some insults and other surprises.

Do you have plans for a new book and is this book part of a series?
I'm just staring on the next book in this series and I don't have a title yet.

How long have you been writing?
I've been writing comedic pieces, stories,sentences, poems, songs and skits since I was about 13. My silly brain along with George Carlin, Second City TV, Zucker Brother movies, and the things that happen in life have all had a role in my creative development.

Do you gift books to reviewers at all?
I've gifted books to radio, TV and newspaper. I have not had an official review done on either yet, but I'm willing to try.

How do you come up with the titles for your books? Who designs your covers?
The title of my first book " Make Love not Warts" was quick, easy and gets the point across. The second book's title " Four Score and Seven Beers Ago..." is along the same lines with a different twist much like the book. I wanted the titles to be easy to get and show the reader a little of what was in store for them. The first book was designed by a talented lady who is an artist and does the face painting at the local minor league ballpark. Her name is Susan Fedor, and she did the first books cover based on the idea I gave her. Comedian Eric Grady did the cover for the second book based on the idea I gave him. We happened to be working together at the time and he is also a talented artist as well as performer.

Do you base characters and situations on real life events?
Although there are no characters in my books, they do deal with real life and most of the sayings come from frustration, anger, pain, observation and a pinch of quirkiness.


Is there a particular author who influenced you in becoming a writer and/or how you write?
I would say Gary Larson influenced these books a lot. I look at them as a kind of "Far Side" without the pictures.

Which book format do you prefer? (Hardback, Paperback or Ebook)
I prefer paperback.

Do you have a favourite book? And why is it your favourite?
I don't have a favorite book I can think of. I have been studying the bible for the last few years. My favorite book in it is Proverbs, strange enough. There is so much wisdom there. I shall continue to read the bible when I can as long as I live.

Do you think books transfer to movies well? Which is the best/worst transfer in your opinion?
It depends on the director and the screenwriter. Some movies transfer well, others don't. I think it has to do with the way they are handled. "Jaws" was done well, "Apocalypse Now" was actually based on a short story called "The Heart of Darkness" that was written in the late 1800's, quite a job they did to transform that story to the present time. I can't think of any bad examples, but there are many I'm sure.
What are you reading, and why?
Just reading the Bible right now. The last book I read a few months ago was " Ernie". it was the autobiography of one of my favorite actors Ernest Borgnine. Great book about a great man, you won't see anyone like him in Hollywood ever again.

Are there any books you have tried to read and couln't finish or that you just wouldn't read at all?
I'm open to try and read anything. I know there are some books I could not finish, but it's been a while. I usually try to read anything I bother to open up.


Do you have any names of new authors that you think we should look out for?
I have not been turned on to any new authors lately and to be honest I've been so busy with getting the second book done, promoting it and traveling all over the place performing I have not had a chance to read old authors either.

Is there anything you wish you could go back and change on your books?
I wish I could have added some cartoons or illustrations to the books, but I can't draw.
Do you have any advice for new writers?
Write what you know and always try to learn new things. Don't stop learning and don't stop writing. When you get stuck try to push through the wall. When that doesn't work, set the project aside, take your mind off it for a while and come back to it later with a fresh approach.

Do you have, or would you ever have a pen name?
I don't use a pen name, but I do come up with some funny names so you never know.

Where can people follow you?
People can go to my website www.briantshirley.webs.com and see videos,my comedy touring calendar, life/road stories ( true short stories about funny things that have happened in my life), and excerpts from both books. I'm also on twitter, facebook, linkedin, and myspace.They can find me on all these sites under Brian T Shirley. 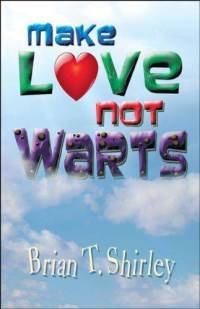 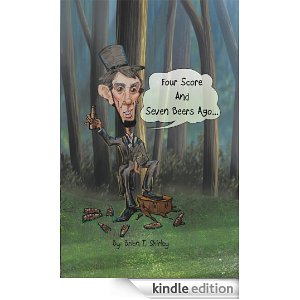