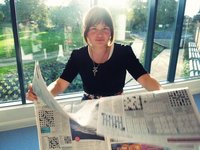 What is your name, where were you born and where do you live now?
Annmarie McQueen, I was born in Taiwan and now I live in England


What is the name of your latest book, and if you had to summarise it in less than 20 words what would you say?
My latest published book is a YA romance called ‘Cold Water’. To summarise: Girl runs away from home. Cute boy finds her, saves her and they fall in love. Pyromaniac gets angry.


Do you have plans for a new book? Is this book part of a series?
I’ve just finished writing another book, a YA paranormal called ‘Imprint’ about ghosts and reincarnation and all that jazz. I’m also being attacked by plot bunnies, and really want to write a book based on the Icarus legend (shh, it won’t be the same as the Maximum Ride series).


How long have you been writing?, and who or what inspired you to write?Been writing since I was seven. So that’s about 10 years? As cliché as this is, I was probably inspired to write by the Harry Potter series. They were literally the only thing I lived for when I was young, and made me fall in love with books and the literary world.


Do you gift books to readers to do reviews?Absolutely! I’ve only done it once so far, but would love to do it again.


How do you come up with the Title and Cover Designs for your book/books?Who designed the Cover of your books?I’ve been teaching myself graphic design for a few years now, and along with my photography hobby, I make all of my covers myself with my own photos. SHAMELESS SELF PROMOTION: I also make cheap covers for other people. For more information, see my website below.


Have you ever based characters on people you know or based events on things that have happened to you?Okay, so I write about YA romance. I’m a 17 year old girl. You probably expect me to have some sort of drama-filled love life. Right? Well, here’s a secret. I’ve had no experience whatsoever with love, boys etc... and I’ve spent my whole life at an all girl’s school. Most of it is my idealised version of what love should be like, or what I imagine it to be like. So, no I guess.


Is there a certain Author that influenced you in writing?Margaret Atwood has influenced my writing style a lot and made me a better writer because of it!


Which format of book do you prefer, ebook,hardback, or paperback?Paperback, I’m old fashioned!


What are you currently reading? Are you enjoying it? What format is it?(ebook, hardback or paperback)
‘House of Spirits’ by Isabelle Allende. Although considered a ‘classic’ it’s a magnificent piece of work and I absolutely love it as a book. I’m reading it in paperback for school, but I really would recommend it to any of my fellow book worms.


Is there a book you know you will never read? Or one you tried to read but just couldn't finish?
The Lord of the Rings. I’m not a huge fan of fantasy, and it’s just way too long for me.


Is there anything in your book/books you would change now if you could and what would it be?
There’s a lot of dialogue I wrote while I was still young and inexperienced that I would go back and change. Unfortunately I just don’t have the time right now to rewrite so much of the book, so I’d rather just leave it be.


What piece of advice would you give to a new writer?
Write because you love it, not because you want to get published or for any other reason. Write what you want to write about, and don’t try to force it, because then it won’t come naturally and readers will be able to tell. Finally, don’t give up! Writing is not easy, despite what people think, and it takes practice to improve like anything else. 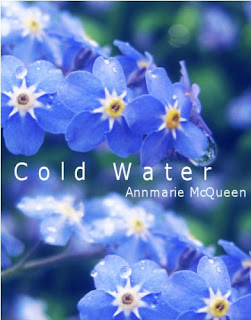 Thank you for taking time out from your writing schedule to do this interview.
Posted by Jeanz xx at 10:07