1.              What is your name, where were you born and where do you live now?
Trent Jamieson. I was born in Australia in a country town called Gunnedah. It was a great place to grow up, more space than you could believe, but it always felt so far away from anywhere. Now I live in Brisbane, a city on the east coast of Australia. I live near a national park and we sometimes get koalas in our trees - I saw one today.
2.              What is the name of your latest book, and if you had to summarise it in less than 20 words what would you say?
I actually have two latest books. One is called Roil.  It's a dark steampunk adventure about a world facing catastrophe from a monster filled darkness called the Roil.
The other is called the Business of Death. It's about a guy that works for Death and his rise in the company, it's funny, fast and a little bittersweet.
3.              Do you have plans for a new book? Is this book part of a series?
Always plans, always new stories. Both books are parts of series. Roil is part one of the Nightbound Land, a duology of which I've just finished drafting the second book Night's Engines.
The Business of Death is an Omnibus that contains one new novel (The Business of Death) and two earlier books in the Death Works series.
4.              How long have you been writing?, and who or what inspired you to write?
Ever since I could hold a pen. My family, friends and teachers, I don't know how I would have done without their support.
5.              Have you ever based characters on people you know or based events on things that have happened to you?
Always, not that anyone would know (I hide it well, at least I think I do.).
6.              Is there a certain Author that influenced you in writing?
Fritz Leiber. He wrote everything, coined the term Sword and Sorcery, and wrote some of the earliest Urban Fantasy stories. Oh, and his short story Coming Attraction is just wonderful and dark and awful at the same time.
7.              Do you think books transfer to movies well? Which is you favourite/worst  book to movie transfer?
They're very different mediums, but that doesn't mean it doesn't work. I love Peter Jackson's adaptation of Lord of the Rings. Just adore it, particularly theFellowship of the Ring which is my comfort movie.
8.              What piece of advice would you give to a new writer?
Write what you love and are passionate about! Writing is a solitary business most of the time. You have to want to sit down to do it. Writing things that you don't care about, isn't very satisfying, it's certainly not a long term proposition. 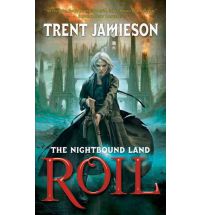 Thank you for taking the time from your busy writing schedule to do this interview giving us all a glimpse into your world of writing.
Posted by Jeanz xx at 17:40