BOOK PROMOTION & INTERVIEW - THE IDEA OF HIM BY HOLLY PETERSON 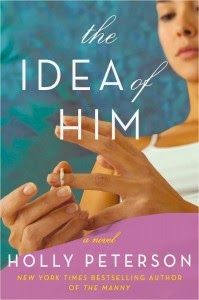 Title:  The Idea Of Him
Author: Holly Peterson

BLURB from Goodreads
A fabulous and compelling story from Holly Peterson, the New York Times bestselling author of The MannyMary Crawford is a once aspiring screenwriter turned successful public relations executive, mother of two young children, and wife of a hotshot magazine editor whose power base spans the worlds of finance, fashion, culture, entertainment, and society. At 34, she finds herself at a crossroads: between the office and her home, her life has become an endless rotation of people pleasing-whether pulling rabbits out of hats for her mogul boss, entertaining advertisers and phony A-listers for her husband's magazine, or making elaborate costumes for children's school plays. At least, that is, until she meets a head turning, traffic stopping beauty at the bar of the famed Four Seasons Grill Room-where many of the novel's players regularly convene-and shortly thereafter finds the same woman and her husband in an apparently compromising position in her own apartment.And so begins the story of two very different women bound by similar missions-to uncover the crimes and betrayals of various men in their lives and finally put their own interests front and center. For Mary this ultimately means leaving a husband who is ideal in theory but not in practice, and deciding to risk security for self-fulfillment and a new life on her own. Like so many women, Mary fell for the man she married when she was in her twenties only to realize years later that it wasn't him she fell for as much as it was the idea of him-the idea of a savior who would protect and provide and ferry her from her past into the future. But the guy who seemed so right at the time turned out to be nothing more than a fantasy. 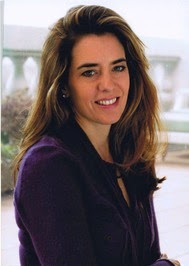 What is your name, where were you born and where do you live now?
I was born in Chicago, but I’m really a New Yorker as I’ve lived here since I was 10 years old. I do love the pulse of the city but I love more the fascinating people I meet every day who are seeking their dreams here.

Did you always want to be a writer? If not what did you want to be?
I always liked to write but I think I’m honestly a better “Producer”. I worked at ABC News in that capacity for years and I have four brothers so I’m used to herding cats and getting everyone organized…that is definitely my best skill set. I do love to write and I try to do so in an honest and energized way in my fiction.

When did you first consider yourself as a "writer"?
I guess when a publisher said, yes, they would publish the Manny.

Did it take a long time to get your first book published?
The Manny was immensely commercial…the term was just funny…and one publisher said, “you had me at Manny”, so it honestly wasn’t. In this day and age, they are looking for catch-y things in books and often say no to wonderful writing, as we all know.

Do you work another job as well as your writing work?
Yes I am a journalist with a past at magazines as well. I was an Editor at Newsweek and I often write freelance pieces. You can see them all here:
http://www.hollypeterson.com/writings/

How long does it usually take you to write a book, from the original idea to finishing writing it?
I think it takes years to let a book marinate and to fix characters and to layer them unfortunately. I write extremely quickly but I need to let the scenes and dialogue settle a bit. Some novelists even write diaries in their characters’ names to get to know them better. You’ll find characters become real and they wouldn’t say or do certain things so it’s hard to control them and it takes time for them to emerge as well.

What can we expect from you in the future?  ie More books of the same genre? Books of a different genre?
More books of the same genre…super fast paced because I personally can’t read slow moving books at this stage of my life…too much work and mothering to slow down with even serious literature I’m afraid…I mean 19th century masterpieces I used to devour. So I like to offer my readers smart, reality based fiction in that it is believable, accurate, and current (because I’m journalist I write that way)…but with a plotline that takes off like a locomotive for sure.  Next I will write a murder in the Hamptons…always filled with love and sex and longing though.

Do you have a favourite character from your books? and why are they your favourite?
I like to main protagonists in my book because I create characters who are very real and very earnest. I hope that doesn’t sound corny but they are working moms who are trying really hard to make things work out…and things aren’t working out. So you feel for them, you root for them, you understand why they are yearning for something they don’t have and trying so hard to get it/achieve it/find it.  I don’t think I write “happy endings”, I write what happens in real lives that add some hope.

Where do you get your book plot ideas from?What/Who is your inspiration?
New York City is jam packed with action and intrigue. I have written many columns on money and covered the wealthy extensively for magazines…so it’s a world I know, it’s a world I like to satirize because the behavior among this set is honestly so bizarre that it makes for great reading and scenes.  I hate silly caricatures of “rich, mean, greedy people” as I know many of them and they are not so simple minded. They are complicated, often highly insecure and neurotic and never satisfied and deserve many layers to explain that well as I try to do.

Do you have a certain routine you have for writing? ie You listen to music, sit in a certain chair?
The cable TV man who finally shows to fix the Internet and no one’s home, the plane tickets where I lose hundreds of dollars if I don’t tell my travel agent yes or no, the kids’ teachers who are asking about play date permission slips….all of these emails, as all of you know, come at you like a rocket launcher all day and they are all, for moms, crucial. I mean that. So it’s impossible to write in a library as I do with all those missives coming at me. But I do try when my kids leave in the mornings. I most often write at 4am for 3 hours before the kids wake up and yes by Thursday night I scream at them and pass out at 7:30 because like all women, I am unfortunately not superwoman and I can’t survive long on 5-6 hours of sleep a night.

What was the toughest/best review you have ever had?
Someone said The Manny had the worse sex scenes ever written and for some reason that was the #1 Google search item for my name for years…didn’t do wonders for my post-divorce dating.

Would you ever ask a reviewer to change their review if it was not all positive about your book/books?
No I’m a journalist and that is nuts. I would never do that; you have to respect the autonomy of the writer/reviewer.


To learn even more about Holly Peterson and her book here
Posted by Jeanz xx at 03:00