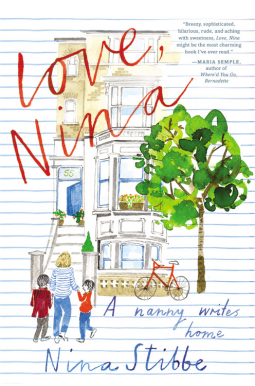 In 1982, 20-year-old Nina Stibbe moved to London to work as a nanny to two opinionated and lively young boys. In frequent letters home to her sister, Nina described her trials and triumphs: there's a cat nobody likes, suppertime visits from a famous local playwright, a mysteriously unpaid milk bill, and repeated misadventures parking the family car. Dinner table discussions cover the gamut, from the greats of English literature, to swearing in German, to sexually transmitted diseases. There's no end to what Nina can learn from these boys (rude words) and their broad-minded mother (the who's who of literary London).
A charming, hilarious, sweetly inspiring celebration of bad food and good company, Love, Nina makes a young woman's adventures in a new world come alive. 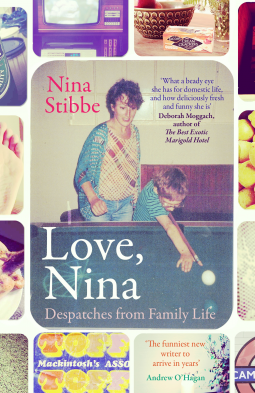 In the 1980s Nina Stibbe wrote letters home to her sister in Leicester describing her trials and triumphs as a nanny to a London family. There's a cat nobody likes, a visiting dog called Ted Hughes (Ted for short) and suppertime visits from a local playwright. Not to mention the two boys, their favourite football teams,and rude words, a very broad-minded mother and assorted nice chairs.From the mystery of the unpaid milk bill and the avoidance of nuclear war to mealtime discussions on pie filler, the greats of English literature, swearing in German and sexually transmitted diseases, Love, Nina is a wonderful celebration of bad food, good company and the relative merits of Thomas Hardy and Enid Blyton.'Breezy, sophisticated, hilarious, rude and aching with sweetness: Love, Nina might be the most charming book I've ever read' Maria Semple, author of 'Where'd You Go, Bernadette''Nina Stibbe is the funniest new writer to arrive in years. Love, Nina is her first book - a memoir so warm, so witty and so wise, it's like finding the friend you always deserved' Andrew O'HaganAt the age of 20 Nina Stibbe moved from Leicestershire to London to become a nanny. Later she studied at Thames Polytechnic and worked in publishing. She now lives in Cornwall with her partner and children.

INITIAL THOUGHTS
Approaching this book I admit to expecting to love it. I thought it would be a collection of humorous tales set within family life with perhaps and odd celebrity name dropped here and there to add the the mix.

MY REVIEW
I downloaded a copy of this book from Netgalley. It's not often that I don't finish a book but I had a run of bad reading whilst trying to read this one! I really just couldn't get into it. At the beginning there is a list of initials that you end up really needing to refer to, to remember who everyone is. as this book was on my kindle it wasn't  a simple act to flick back to the list to find out who was who. I found all the referring to people by their initials really irritating the book felt like a bunch of letters thrown into a book. It felt really one sided, kind of like over hearing a telephone call and hearing only one side of the whole conversation.
So sadly I didn't even finish the book.
So did I enjoy the book? No. Would I recommend the book? Not really, though if you are going to give it a go then buy the paperback so you can keep flicking to the who's who initials code! Would I read another book like this? I'd maybe give one a go. I mean I've read a book based on diaries and even one around postcards and loved them. this letters one just didn't work for me. Would I read anything else by this Author? No I don't think I would, this one has seriously put me off!
Posted by Jeanz xx at 14:00