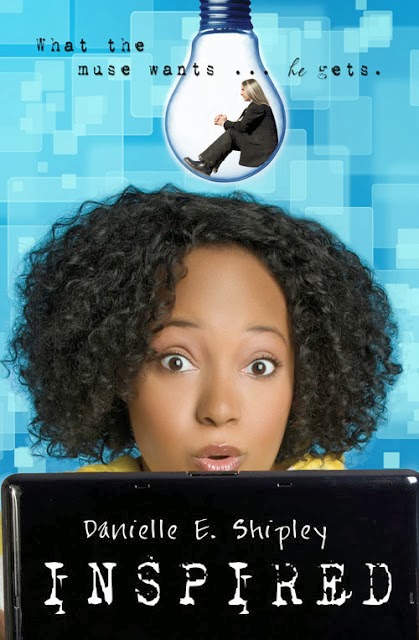 
For a muse like Lucianíel, one story’s end is another’s beginning. 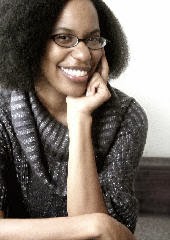 Danielle E. Shipley’s first novelettes told the everyday misadventures of wacky kids like herself. ...Or so she thought. Unbeknownst to them all, half of her characters were actually closeted elves, dwarves, fairies, or some combination thereof. When it all came to light, Danielle did the sensible thing: Packed up and moved to Fantasy Land, where daily rent is the low, low price of her heart, soul, blood, sweat, tears, firstborn child, sanity, and words; lots of them. She’s also been known to spend short bursts of time in the real-life Chicago area with the parents who homeschooled her and the two little sisters who keep her humble. When she’s not living the highs and lows of writing young adult novels, she’s probably blogging about it.

Did it take a long time to get your debut novel published?
From the first word typed in my plotting notes for the story to the date of INSPIRED’s release, it’s been exactly two years and eight months. One month of that was spent writing the book, a few months were spent trying to hook an agent with it, and working with J. Taylor to get it ready to publish with them took a little under a year. Sometimes it’s felt like a really long time; at others, I look back and think, wow, that’s actually kind of fast!

Where do you get your book plot ideas from? What/who is your inspiration?
The inspiration behind INSPIRED was my relationships with my characters. I have no idea what’s considered normal when it comes to how authors deal with the voices in their heads. (One might argue that, at that point, “normal” may no longer even be an option). All I’ve got is my own experience, and it’s been an intense one, full of dizzying highs and shattering lows. I wanted a way to organize some of that into a story I could share with the world, to show them one of the most special parts of my life, and to give a voice to people whose only way to be heard is to have a writer transcribe their spirits into a book.

Do you have a favourite character from your books? If yes, why are they your favourite?
Oh, yes, I’ve got my favorites. A couple of them made it into INSPIRED, disguised as the “gentle knight-in-training” and “mystery boy” mentioned in the story’s summary, and another’s still waiting for his turn to hit the market. I think what draws me to the characters in a three-way tie for number one is the deep down goodness of their hearts. They all have a selfless protectiveness about them – a desire to do right by others, no matter the personal cost. I value that, and respect their individual struggles to live up to their own ideals. Not to be punny, but it’s pretty inspirational.

If you had to choose to be one of the characters in INSPIRED, which would you be and why?
Ooh, to be… Not that it wouldn’t be awesome to be a light elemental or a shape-shifting cat, but I think I’d want to be Uri. She feels like an outsider, but that’s no big deal; I often feel that way anyhow. She’s gutsier than I am, unafraid to say whatever comes to mind, no matter how uncomfortable it might make everyone, including herself. She handles a skateboard like a pro, rocks an awesome sense of style, and can send unwanted people packing with a glare. I would happily take any of those skills.

Do you decide on character traits (e.g. shy, quiet, tomboy girl) before writing the whole book or as you go along?
I’ll usually start out with a decent idea of what the characters will be like, but it’s only while writing them that I really get to know them, not just know about them. There’s a pretty crucial difference between facts and truth. I knew Luc would be ambitious, but didn’t know the depths of his dedication to his role as a muse. I knew Uri had a bad attitude, but I didn’t know how much of that sprang from a lack of self-assurance. And Yves… well, there really is no knowing Yves until he’s willing to reveal himself. I love the discovery part of the writing process. A plot’s just a plot until the characters step up and bring it alive!

Did you read a lot at school and write lots of stories, or is being a writer something newer in your life?
Oh, I used to read absolutely everything. Books were my hobby, and when I wasn’t reading them, I was dabbling in typing up stories of my own. If there’s one part of me that’s always been there, it’s the part that chases after my imagination, eager to find which corners of make-believe are hiding all the cool people.

What can we expect from you in the future? (More books of the same genre? Books of a different genre?)
There’s really no telling! I keep thinking I know what direction my writing will take, and then a new story idea comes along, and suddenly I’m in a different genre. The only constant so far is the element of fantasy, but who knows? Maybe someday I’ll write a book completely grounded in reality – no shape-shifters, no universe-hoppers, no gifted girls who communicate psychically with invisible friends… Oh, wait, that last one is my reality. Well. Guess that just goes to show that anything is possible. (:

Where can readers follow you?
I’ve been touring on blogs all over since INSPIRED’s launch, and will continue to do so for two more weeks. And folks can find me pretty much any time on my blog (www.EverOnWord.wordpress.com), Facebook (www.facebook.com/Danielle.E.Shipley.Author), and Twitter (@DEShipley). Wave hi at me whenever you fancy! I generally wave back.

One: Beginnings and Endings

There are people, Luc found, who are very good at having ideas—needing only to live and to be—not even to think, as active thought might only get in the way. Ideas will fall into their laps, as if from nowhere.

Of course, nothing truly comes from nowhere. Everything must have its start, including—and especially—ideas.

The source of an idea, however, is not always as easily found as the idea itself. Some people remain content never to explore where their ideas began, being merely glad of the results, whereas others become so enamored of beginnings, they have difficulty casting their gaze much further ahead than the starting point.

Jean St. John was the second sort of person—one full of ideas, brimming with beginnings. As she drove through the gray-covered morning toward her workplace, an ending was the farthest thing from her mind.

Manicured fingers rapped paradiddles on the steering wheel. Vermillion lips murmured nothing in particular, and pulled into a smile. “I dreamed a dream, this night gone by.”

“A dream of me?” Luc asked, glad of the conversation—anything to distract him from the gloom of the sky.

She chuckled. “What else? They’re always of you. You, but not you. His hair fell too short, and I remember something about violins, which has nothing to do with you. Or can you play?”

“No,” he said, dismissively. “My voice is music enough.”

She did not need to utter a word on the matter for him to know she’d always thought so. “And he didn’t glow golden, but almost silver,” she said instead. “Ethereal silver, like bright moonlight on water. Was he water? A water spirit? Mmm, no, far more to do with air. Even fire.”

“A mystery elemental,” he mused. “Sure to be quite the character, my dear. But what is the story?”

She shrugged. “I suppose there’s a romance. He strikes me as the romantic type. And I may have caught a glimpse of her, an inkling of dark passion … Who is she? Another elemental. Water to his fire, or earth to his air … or a human. Which would be worse?” she asked.

He laughed. “Nothing worse than a human.”

“Jean …” he said in kind. Gaze snapping past her, he barked without music, “Jean!”

The word’s echo grew into a thunderous crash as a midsized monster too much in a hurry to heed a red light hit her silver sedan. With nothing to restrain him, as he never wore seatbelts, Luc shot through the shattered windshield and out onto the pavement slick with the remains of scattered showers.

In no pain, but greatly shaken, he rose. The eyes of the driver at fault appeared glazed with confusion. Oh, has ignoring the traffic laws led to disaster? Inconceivable! Luc spared the fool no more attention, turning it all to one who mattered more.

He leaned over the misshapen hood of the stranger’s car to the crumpled door of hers, calling her name. She did not move, and gave no answer, all her ideas leaking away into a crimson pool.

Luc stepped away, his face a perfect, pallid blank, staring at the end of his world.