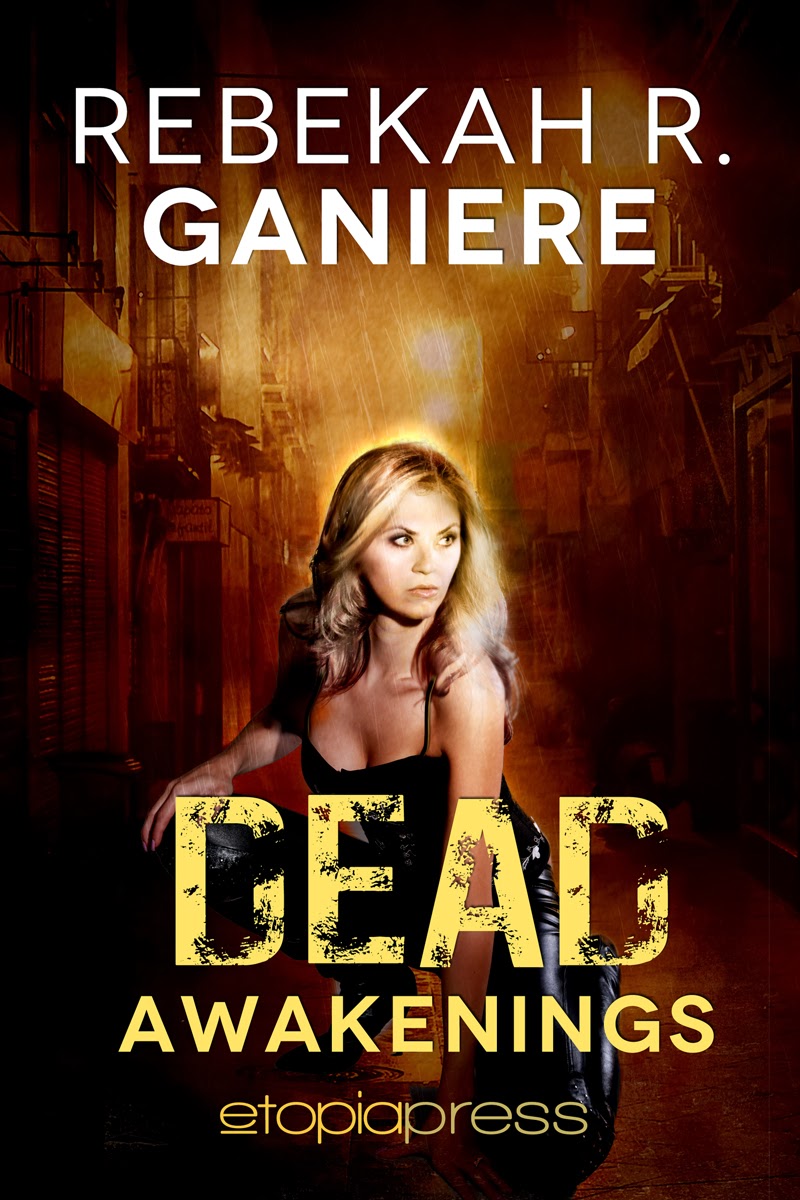 BLURB supplied by Bewitching Blog Tours
Evaine, a struggling New York theater student, enters an unsanctioned drug trial in an effort to pay bills. She awakens in a derelict hospital, chained to a bed with no memory of who she is, or how she got there. A band of pale skinned men, led by the gorgeous Luca, burst in, whisking her away to safety. Once at Haven House, Evaine is introduced to The Family. Like them, she has become A Deader, a reanimated Undead.Luca is hell-bent on stopping the experimentations, and killing those responsible. He has no time for a Newborn who is struggling to control her rages, hunger, and powers. Nor does he have the desire to deal with the feelings she's awakening within him.Despite their best efforts, Evaine and Luca find their connection intensifying when suddenly, she remembers not only who she is, but also her fiancé, Tristan; who is still looking for her. Torn between her first love and her new heart’s desire, Evaine runs back to Tristan putting everyone in danger. When a rogue faction of Deaders, called Feeders, attempts to kidnap her, Luca suspects Evaine is the key to the experiments. Can everyone band together to keep Evaine off the cutting table of those she escaped from? Or will second death tear her away from everyone, for good? 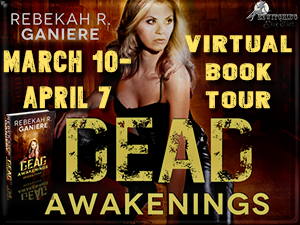 Warm, thick air filled Evaine’s lungs; it was going to rain. She gazed up at the clouds rolling in. They blanketed the sky like waves of dirty cotton. Stormy weather, her favorite, but she didn’t want to get caught in the rain today. The laundromat was a luxury she could not afford right now.
Picking up her pace she headed toward the office of Mac, her fine arts adviser. The wind picked up as she crossed the quad, and the first droplet of water hit her cheek. She pulled down the long sleeves of her worn-out shirt. The thin hoodie was about as good at keeping out the chill as paper would be keeping out a charging bull.
Evaine’s mind began to drift as she fought through students rushing to get out of the drizzle. Without permission, her brain turned to her overdue bills. Trying to live on meager grants and student loans was harder than she would have thought, considering how she’d grown up. Her rent had been due a week ago, and she wondered why her pitbull of a landlord hadn’t been banging down her door like the last million times her rent had been twenty minutes late. Not that the very small studio—hole—was worth what she paid. Maybe she would be better living on the street. She needed to come up with some cash, fast.
The voice of her mother, Phyllis, chimed in. Life would be easier if you’d let Tristan help out.
Sigh…Tristan. She absently rubbed her finger where the huge diamond ring he had gotten her rarely sat. She refused to wear it for the sheer size, not to mention that she didn’t want to let anyone know she was engaged at the age of twenty. Some people would think she was marrying Tristan Atwater for his money. Her mother had tried to teach her for years how to use her body to catch a man of means. But Evaine couldn’t stand for anyone to find out she shared even one shred of DNA with the woman who had birthed her. Phyllis had used every man she’d ever known. No way was Evaine going to take a penny of Tristan’s money to pay for anything until they married; and she didn’t think she would ever get used to it, really. She’d always prided herself for being able to stand on her own.
She refused to rush into marriage. Not in her second year of college, not even to a guy as wonderful as Tristan. The only man she’d ever loved; the only good thing to ever happen to her. He was her security blanket. The only person she had ever relied on and trusted. But she’d never let his money be her security. Between his trust fund and the money he made at his job he could more than pay for five penthouse apartments on Park Avenue. She may have been a foster system reject brought up in a trailer park, but that didn’t mean she had to act like one.
Couldn’t hurt to ask for a few dollars. Phyllis’s voice was again in her head.
“Hey, Evaine!”
The wind whipped her hair into her face as she lifted her head. “Hey, Jeff.”
“Where you off to?” He fell into step beside her.
“I need to see Mac.” She continued toward Mac’s office building.
Jeff was a sweet guy, not bad looking either, in a sort of geeky way. He had kind eyes and shaggy, curly surfer blond hair. His tall, lean frame had a nice build. For the second time since getting engaged she was reminded that she’d never even dated another man beside Tristan.
Last year when they'd done a rendition of Taming of the Shrew together, Jeff had been especially nice to her. He’d asked her out a couple of times. Every time she’d made up excuses about schoolwork or her job—anything. She hadn’t been sure what to say. No one knew about Tristan, and she wanted to keep it that way. She wasn’t ashamed of Tristan, by any means. She just didn’t like all the attention that came from dating him.


Most girls would brag about a rich VP of marketing boyfriend and a gigantic, five-carat diamond ring. But she was still wondering what Tristan had been thinking when he’d bought that lighthouse beacon for her to wear on her hand.