Every now and then I get asked about middle grade books. Due to not having as much time as I'd like I don't review many Middle Grade Titles anymore. So I decided to dedicate today to promoting and showing you all some great looking Middle Grade Titles for all those young readers out there, and to help out anyone looking for MG titles to but for relatives too. 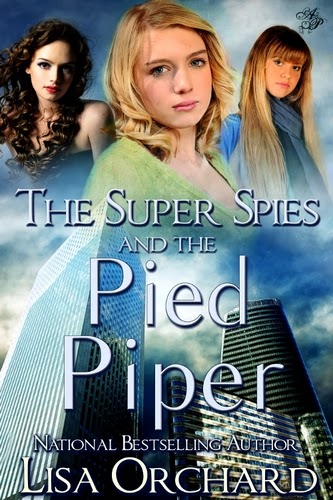 Sarah Cole and her sister Lacey are at it once again when they learn their missing parents’ cell phone has been traced to Alden, Michigan. When the FBI declines to continue the investigation, Sarah takes matters into her own hands. She calls upon the Super Spies and they delve into the situation. Suddenly, the teens find themselves immersed in small town intrigue and mystery involving a menacing stranger, who Sarah dubs “The Stalker." But when Sarah learns he’s connected to her parents’ disappearance, she’s determined to find out what that connection is. The Super Spies embark on a journey that leads them into a web of corporate corruption at its highest level that leaves innocent victims in its wake. Can they find the proof they need to stop the greedy corporation before it’s too late? 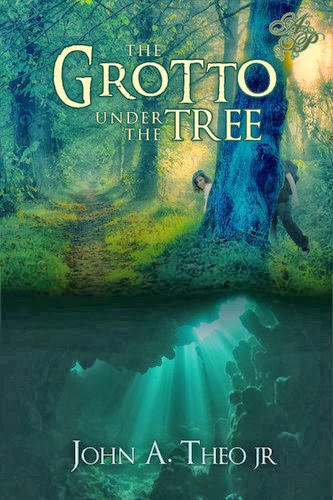 BLURB from Astraea Press Site
Sebastian and Sara mistakenly descend into a mystical land where elves, mermaids, gnomes and other mythological creatures live. The two discover they have stumbled into an ancient battle between these fair folk and evil creatures called the Kylo. Their guide on this journey is Capri, an elf  lord who is on a quest to find his lost tribe. The Kylo chase the children and Capri in his flying galleon north into the Arctic Circle where they find the most unlikely ally.  During the final battle the children learn about sacrifice, love and ultimately forgiveness. 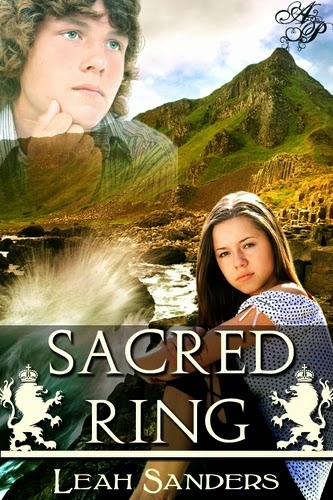 BLURB from Astraea Press Site
Nothing in Kynan Murphy's life is going right. His grades are horrible, he's always in trouble, and the girl he likes doesn't know he exists. But things go from bad to worse when his parents tell him they have decided to split up. Angry and confused, he wants nothing more than to lash out against the world. The closest thing he can find, however, is the Saint Valentine shrine during a school field trip. Armed with some fireworks and encouraged by his best friend, Michael Connell, he's all set to vent his frustration with life.
His best laid plans fail when a mysterious priest confronts him, sharing an ancient secret about a hidden ring with special powers. Kynan believes the answer to all his problems and the only way to fix his parents' broken marriage is to find the ring — a task he won't be able to accomplish on his own.
It was easy enough to convince his friend Michael to join him, but the irritating Brianna Collins insists on tagging along. Fortunately, her knack for language and interest in history is a valuable asset in the search. Their quest leads them to the northern coast and into dangerous territory where, in spite of theirgood intentions, they may lose their own lives. 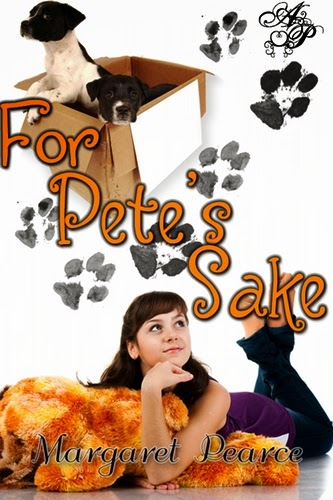 Simone has fallen in love, deeply and irretrievably, but not with a boy. The centre of her life is a pup she has rescued from death row. Love has filled her life with problems. She has to talk her parents into letting her keep him. She has made rash promises on her heart, her life and her honor, anything to keep her pup.
Pups need to be fed. Pups dig holes, kill chooks, exercise their teeth on whatever is breakable, and howl all night because they are lonely. Simone puts up her age to get a job paying enough to support him. There are more problems keeping her new job secret from her parents and fighting with her best friend and being impressed by a romantic boyfriend who has not yet discovered she is fourteen to his nineteen years.
When disaster strikes, she finds that her best friend’s advice to ‘tell the truth and shame the devil’ to her parents actually works. And the solid down to earth relationship with her gang of supportive friends is even more appreciated. 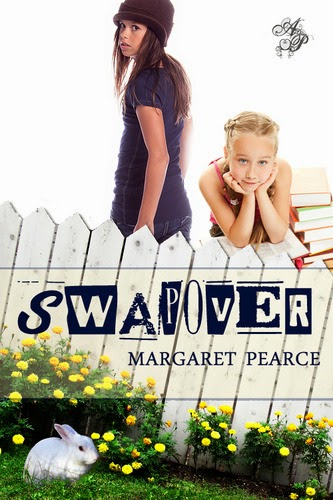 Maddy had a best friend who had everything, wealthy doting parents, attended an exclusive school, owned her own horse for gymkhanas, and she was well liked and popular as well.  Maddy lived in an ordinary over crowded little house, with two unpleasant sisters who crowded her bedroom and her life. Her parents didn’t have enough money for anything extra and didn’t seem to care that she was missing out on all the good things in life. She attended an ordinary school with her sisters.
Maddy’s wish that she could swap into Jennifer’s life is granted. So she has Jennifer’s privileged life, and Jennifer has her boring poverty struck life. So why is she still unhappy, and why is Jennifer still happy, well liked and popular? 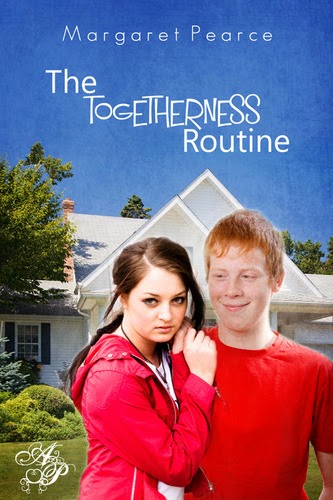 Some relationships are meant to be - but why doesn’t your family understand? If you have been going with someone since kindergarten and grown up together and it feels so right, it must be right. To split up leaves a big gaping hole in your life that feels very wrong. Nobody can possibly understand what you are going through when you are so alone and isolated. Why do families think they can be of help when they have caused your life to mess up in the first place? 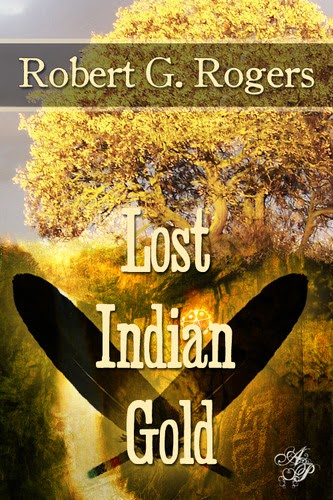 BLURB from Astraea Press
Spud, an eleven year old, gets hopelessly lost in the swamp, but makes himself a camp and sets out to survive. While he's surviving, he has a confrontation with a hungry alligator and some close shaves with two bullies, even takes a swim in an underground river. But, his luck isn't all bad. He makes friends with two girls his age, Laura and Suzy. Not only that, he overhears the bullies talk about gold buried someplace in the swamp, maybe on a sacred island. That gold would mean a new farm for his Mama and Papa. They had just been evicted.

The girls and Spud team up with an Indian man and his son, Cricket, to find the gold. Spud finds the "sacred island," but no gold. Just some old leather skins marked with strange symbols. Then, thanks to the two bullies, he ends up in a traveling circus as a "wild boy." And, something happens that makes him believe he knows exactly where that gold is buried. Laura and Suzy help rescue him and they head into the swamp to find the treasure. Unfortunately, the two bullies are close on their trail. 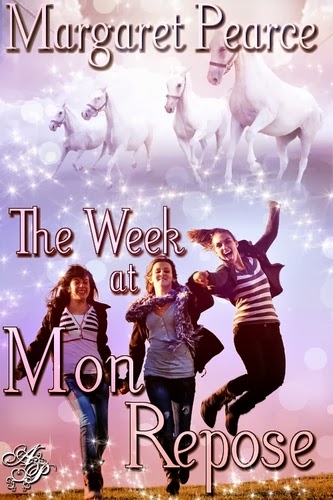 Allie and her cousin Jennie are shocked at having to spend their holidays at the boarding house, Mon Repose. Especially when they discover it is the most boring old place in the middle of nowhere. Then they meet Marilyn who has lots of lively ideas to cope with boredom.  They discover a Ouija board and decide to have a séance and try to figure out how to make Mon Repose a more interesting place.
Suddenly life becomes exciting. There is a teenage genie who can’t grant wishes but brings his horses with him for them to ride. It's unfortunate that the horses are confiscated by the rangers for riding in the National forest, and their trying to figure out why their genie nearly vanishes on them. The three girls are now much too busy solving problems to even have time to be bored.
But by the time their holiday is over, will they realize their most secret wishes have been granted?

I you've seen anything you like you can purchase directly from Astraea Press or search for the titles at Amazon etc.
Posted by Jeanz xx at 03:00