I thought I'd finish off my Middle Grade Day by
turning the Spotlight on a Series.

The Series is called: The Iron Buttlerfly
By the Author: Chanda Hahn

Imprisoned, starved and left with no memories, Thalia awakens to find herself at the mercy of an evil cult known as the Septori. Their leader has chosen Thalia as the test subject for a torture device of untold power, designed to change and twist her into something that is neither human nor Denai.  Escaping, Thalia finds an unwilling warrior to protect her and an unlikely Denai to befriend her. After finding a home at the Citadel as a servant, Thalia’s worst nightmare comes to life and she begins to show signs of power. Scared and unable to control her gifts, she tries to hide her past to fit in among the Denai. But the Septori want their latest test subject back and will stop at nothing to retrieve her, dead or alive. 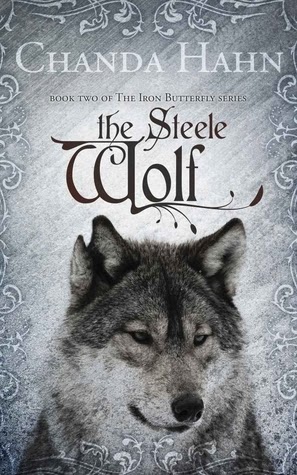 After finally settling into her new life at the Citadel, Thalia is reunited with her father, who is disturbed at the changes within her. Risking banishment, Thalia must work to prove to her clan and herself that she is still capable of leading them. The problem is, her memories haven’t returned, and she cannot shake the feeling that she doesn’t belong.  Thalia discovers that betrayal runs deep within her clan, just as she sets out to join Joss and Kael in doing the one thing she fears most: track the Septori to save Joss’ kidnapped sister. Along the way, she must confront her own fears on a journey of self-discovery that will take her deep into the stronghold of Denai; as they travel to the ancient floating city of Skyfell.

The third book in this series is called The Silver Siren and is expected to be published sometime in 2014.