BLURB supplied by Sparkle Book Tours
Ever since Sarah was young, all she could dream about was participating in The Hunt — a monthly event in which her people sneak into the nearby cities and villages to gather food. And in Sarah’s world, the food they feast on most is human flesh.
In the deep forests of the Rocky Mountains, Sarah lives in a community of man-eaters. With Fall ending and hunger running rampant, Sarah and her cannibalistic community are forced to change the rules of their Hunt. And with these changes come new risks. When her first Hunt ends in catastrophe, and one of her only friends is lost, Sarah is sentenced to work in the slaughter shack.
Among the dead and dying, Sarah is introduced to Troy: a man she knows she will be forced to kill. As her life crumbles around her, her feelings for Troy grow, along with the knowledge that, if anyone discovers her secret, she will find herself in his place.
With nowhere to turn, and Troy’s time running out, Sarah becomes set on leaving. But, in accordance with their laws, to leave would be to dishonor the family name and, in turn, cause their deaths. As suspicions of mutiny within the colony rise, everyone is watched and every move Sarah makes could be her last.
And then there are the bodies–the ones that are unmistakably their own, complete with missing limbs and markings that oddly look like bite marks.
Boundaries are pushed, allegiances broken, and the very question of what it means to be human is called into play.
Book Links -
Goodreads / Immortal Ink Publishing

Instead of looking intimidated, he looked amused. “It’s your parents, isn’t it?”
The question took me off guard, and I drew back slightly.
The smile grew wider, twisting into something vile and grotesque. “They made you come here, didn’t they?”
“How did you . . . ”
“I heard the way you and Steve talked about them out there. What kind of parents would make their own daughter work in such a horrible place? My, my, my . . . ”
My eyebrows fell. “This isn’t about them. This is about Darren and Amy, the two people who are probably dead right now because you won’t give me an answer.”
“My parents never really cared much for me either. I can still see their smug—no, disappointed—faces. Then again, they never would have made me come to a place like this. You must have really done something to tick yours off.”
“I didn’t do anything. It’s not my fault Darren and Amy were hurt! My dad’s part of the reason I even had to participate in the stupid . . . ” I stopped as the captive’s face seemed to grow even more twisted.
“Oh, don’t stop now. This is the best bit conversation I’ve had in weeks.”
I reached my free hand up to my cut. “I can’t believe I almost fell for that, you turning me against my mother and father. You’re good.”
He shook his head, the ropes at his wrists pulling back with every movement. “No, you’re just easy.” 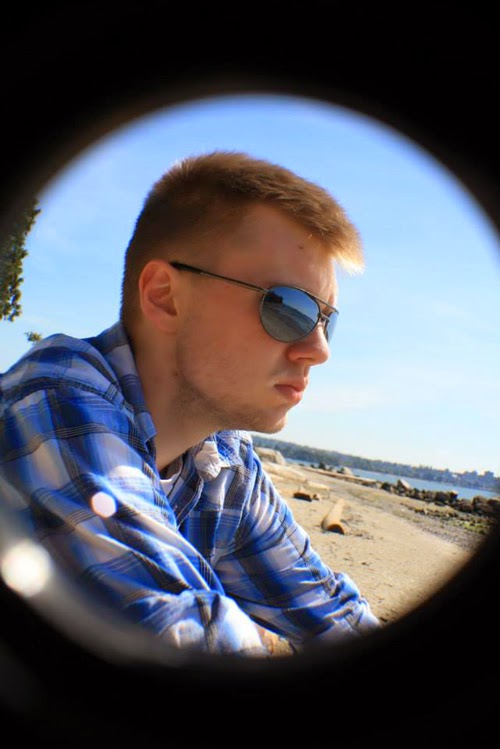 Jaret was raised in the unremarkable town of Hepburn, Saskatchewan where he spent most of his time doing things of little to no consequence. Because of the boredom that encompassed his life, he sought excitement elsewhere. While most of his adventures ended in as timid a matter as they’d begun, writing proved to be the only thing worth doing twice.
Eventually, he managed to escape the confines of his minuscule town and arrived in the small city of Saskatoon. It is here that Jaret managed to finish his first novel and has since been hard at work on various other projects. Jaret is drawn to big concepts and bigger characters with a penchant for inflicting pain on all of them. Most days, you can find Jaret stressing over his lack of solid life direction, all the while drinking coffee and watching reruns of TV shows that almost nobody remembers. If you ever see him, feel free to talk to him about the ending of Lost which, he assures you, did not mean that they were dead the whole time.