BLURB supplied by Author
Life isn’t better under the sea.

Lenny Dolan is all too familiar with this reality. A Selkie slave in the realm beneath the waves, he has no choice when charged with leading a crew ashore to capture an elusive runaway. If unsuccessful, the loved ones kept behind will pay for his failure with their lives.

But when their target leads Lenny and his crew to deeper, darker secrets, the Selkies are faced with a moral dilemma. Secure their own freedom at the expense of others, or return empty-handed to face the grisly consequences?

How Lenny and his crew answer the question will teach them the harshest truth of all. Only through the loss of innocence does one become Salted.
AUTHOR INTERVIEW 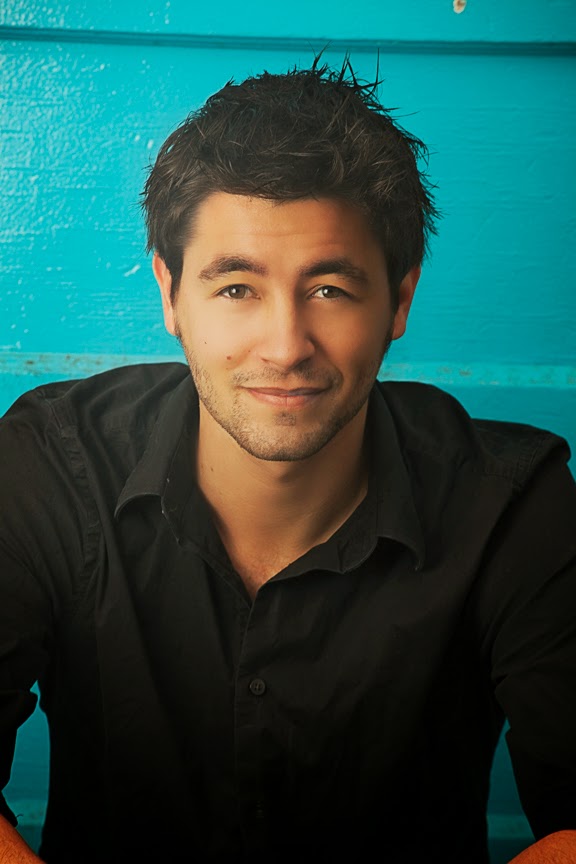 Did you always want to be a writer? If not what did you want to be?
Actually, my first dream was always to be an actor. Ha. That said, I’ve been writing and reading as far back as I can remember. What began as listening to Bill Cosby routines and writing my own stand-up comedy acts transitioned to writing screenplays and now books. Salted is the first of my novels.

What is the name of your latest book, and if you had to summarise it in less than 20 words what would you say?
A crew of Selkie slave catcher sent ashore to capture an elusive runaway discovers a darker secret.

What genre would you place your books into?
YA Urban Fantasy

What made you decide to write that genre of book?
I didn’t. It chose me. Ha. Sounds funny, but it’s true. I’ve loved fantasy stories as far back as I can remember. Hobbits, centaurs, talking beasts; I’m game for all of them and then some.

Where do you get your book plot ideas from?What/Who is your inspiration?
Most of the time I would an idea pops out of nowhere. I just grab on and let it take me. Salted was a bit different. The idea to write about Selkies and mermaids came from my mom.
I had written a different book that received numerous rejections. Naturally, I was moping around about it. Mom told me to suck it up. Write something new. For about an hour, she gave me various prompts.
“Wizards!” she’d say.
“Yeah…” I’d reply. “Not sure if you know, Mom, but there is this series called Harry Potter...”
“Vampires! Werewolves!”
“Twilight, Mom.”
Finally, she said, “How about mermaids?”
I didn’t have an answer for that. This was back in 2009 when I admittedly hadn’t been reading much. Too busy chasing my dream of becoming an actor. Anyway, I couldn’t think of any mermaid books at the time. The only response I could come back with was that mermaids were for girls. And really what guy wanted to be seen reading about mermaids? They weren’t cool!
Then Mom said something I’ll never forget. “Find a way to make them cool.”
That changed everything. I’m a pretty competitive person. Suddenly I had a challenge. How could I make mermaids cool for guys like me? How could I make them different?
Salted is the result of that. I like to think I accomplished Mom’s challenge. Readers will decide if that’s true.

Do you basic plot/plan for your book, before you actually begin writing it out? Or do you let the writing flow and see where it takes the story?
A bit of both actually. I think when writing a series it’s important to know the direction you’re headed and to have at least the broad strokes of how it will all end. Otherwise you’re liable to lose yourself somewhere in the process.
However, leave yourself open to inspiration. Sometimes a character’s voice increases over time until you can’t shut it out anymore. If you refuse to deviate from the path you’ve set, you never know what you might miss out on.

How do you come up with the Title and Cover Designs for your book/books? Who designed the Cover of your books?
The title was tricky. I wrestled with naming the series and related novel titles to do with the color blue for a long time. It didn’t feel strong enough to me though and a bit cliché. Then, I played around with different ocean and mythological elements until finally settling on Salted.
The cover was much easier. I knew that I wanted to incorporate marine life into it, specifically a seal or sea lion since this book is about Selkies. I wanted readers to see the cover and think of it as just an animal, but then after reading the book look at the cover differently. Selkies are unique amongst many mythological creatures in that you could go to an aquarium or zoo right now and see one. You can’t say the same for a satyr, dragon, or griffin. I wanted to make it real. To quote one of my favorite movies, Jurassic Park, “I wanted to give them something real. Something they could see and touch.”
About a year ago, I saw an amazing photo that had just won National Geographic’s Best Underwater Photograph’s contest. It was a seal amongst a kelp forest. The image literally made me gasp. I wasn’t anywhere close to being finished with the book, but I noted the photographer’s name, Kyle McBurnie, so I could look him up when I was ready. I contacted him about a year later and saw the picture gracing the cover of Salted on his website. Fortunately for me, Kyle is a fantastic guy and was willing to negotiate. Greg Sidelnik created the design work after.

Do you think books transfer to movies well? Which is you favourite/worst  book to movie transfer?
It depends. I come from the film world so I understand not everything will be/can be translated given time constraints. So I think readers have to temper their expectations. However, I feel like movies do better when the filmmakers closely adhere to the book because that is what the core fan base expects.
My favorite examples of book to movie transfers would be the Hunger Games and the Harry Potter series. Again, stay true to the author’s vision=bigger payoffs and see the series through.
One of the worst I remember was Eragon. There are something like fifty differences between the book and the film. So instead of having four films, the series was one and done.

If you could invite three favourite writers to dinner, who would you invite and enjoy chatting with?
J.R.R. Tolkien, C.S. Lewis, and George R.R. Martin. I wouldn’t say a word. Just sitting amongst those three and listening to them talk story would be enough for me. Plus, Tolkien and Lewis were friends. It would be cool to see those two reunited and the bond between them.

What was the toughest/best review you have ever had?
Salted is my debut so I don’t have many currently. Fortunately, I haven’t received a “tough” one yet, (though I’m sure one will come eventually). The best one I’ve received thus far came from a reviewer who said this:
It's always hard to find a unique novel on mermaids. I've seen a spin or two from time to time, but nothing really original, and certainly nothing I'd really describe as 'cool'. That was until I got the chance to read Salted.
You can read the whole review here:
http://steampunksparrow.blogspot.com/2014/03/salted-by-aaron-galvin.html

Would you ever ask a reviewer to change their review if it was not all positive about your book/books?
I don’t think so. First, I appreciate that individual taking time to read my book.
And why waste time trying to convince someone their review/opinion is wrong? To me, that is like someone breaking up with you, then trying to convince them they’re wrong and they do love you. It’s silly and reeks of insecurity.
Be confident in yourself and know there will be others who do like what you’ve created. People respond to that and that confidence will find its way into your work.

What can we expect from you in the future?  ie More books of the same genre? Books of a different genre?
You can absolutely expect more books in the same genre. I’m currently working on the sequel to Salted. I also hope to release another novel later this summer. No fantasy in that one though. It’s more of a thriller/horror about the Salem trials.
Posted by Jeanz xx at 13:00