ABOUT THE BIONICS SERIES

The year is 4010. Nuclear war and the wasteful nature of humans have all but destroyed the United States. A new government regime rules the day with strict laws, rationed food, and careful control. When those injured in the nuclear blasts that rocked many of the nations largest cities are offered another chance by the Restoration Project, how could they refuse?

Little do they know that the robotic additions to their body will paint targets on their backs once the government decides that they are dangerous. At the forefront of the resistance is a girl with a bionic eye, Blythe Sol, who wants nothing more than to be a normal girl. Blythe has yet to realize that normal will never exist again for her, or anyone else.

BLURB supplied by Sparkle Book Tours
War has come to the United States. It’s been brewing for years as the government and Military Police wage war on the outcasts known as the Bionics. It’s spilling out into the streets as the militant Rejects continue to wage war against the ‘inferior’ humans, the M.P.s are raiding neighborhoods and putting Bionics to death, and I am fighting alongside the Resistance to save our kind from extinction. To top it all off, the president has now declared martial law, and the rights of American citizens are being stripped away one by one. Together, with the vigilante known as The Patriot, and my Resistance family, I am prepared to fight the impossible fight, to stand up for what’s right. From a single spark, our little rebellion has grown into a revolution, a roaring fire that will envelop the nation. At the same time, things in my personal life are finally turning around. I’m in love with a beautiful girl who loves me back, and we might have a shot at a real future … unless the enemy manages to snatch away from me everything that I hold dear. 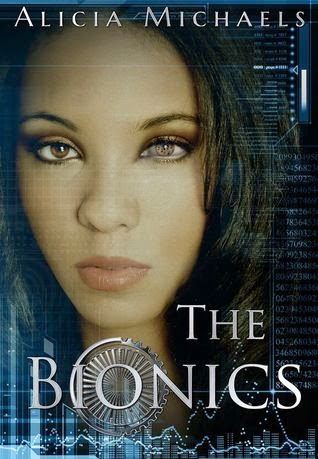 Title: The Bionics
BLURB from Goodreads

All I ever wanted was to be a normal girl. I had dreams of joining the ranks of the Military Police and making my family proud. But the nuclear war that laid waste to our country destroyed any hope I had of being normal ever again. They took everything away from me, including my humanity. I am now half-human, half-machine, part of the never-ending freak show that is the Restoration Project.They hate what they created and they fear us for being powerful.And so they hunt us, destroying our lives so that they can bury what they built. What they don’t know is this: there is a Resistance out there and The Bionics aren’t going down without a fight. 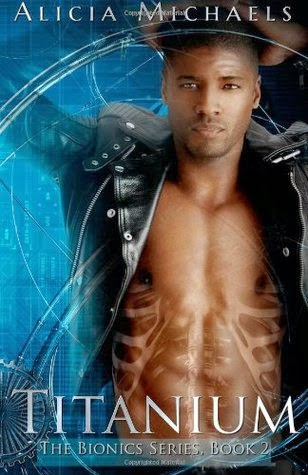 Title: Titanium
BLURB from Goodreads
We stand on the brink of a double rescue mission, a plan so foolhardy that even our bravest men are quaking inside with fear. Storm the capitol, free the prisoners, don't get killed. It seems like a suicide mission, but not a single one of us has anything to lose. In my past life, I was a scoundrel; a drug peddling street thug who cared nothing for anyone because I had no one to care for me. The nuclear blasts of 4006 reminded me of the value of life, and a girl with the saddest eyes I've ever gazed into gave me someone to care for. Now, as we embark on our most dangerous enterprise, I can only hope that we make it out alive and that those we have lost can be recovered. Foolishness ... fear ... hope ... These are the elements that threw our revolution into motion. As the momentum of the Resistance continues to build, we can only pray that hope continues grow larger than our fear. 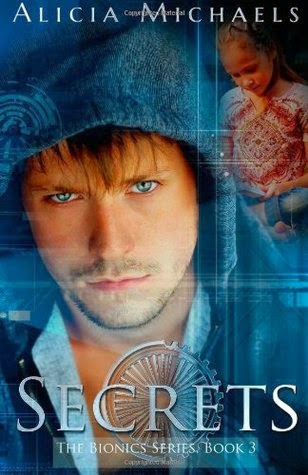 Title: Secrets
BLURB from Goodreads
Before The Resistance, my life was one of privilege and comfort. Before The Resistance, mine was a mindset of naivete and blind trust in a broken and corrupt government. Before The Resistance, I'd never stood up or fought for anything in my life. Now, there is everything to fight for and everything to lose. All for a glimmer of hope in our future. It may seem a small thing but with the smallest bit of hope, men have risen against their oppressors with fists raised, even when they knew they stared into the face of death. Now that I have found something to fight for, I can only hope that my past will not become a roadblock to my future and that the secrets I've kept from those whose trust I've gained will not come back to ruin the new life I've made. If they do, I fear that I will not only lose my place as part of the Resistance, but the heart of the girl I am slowly coming to love. 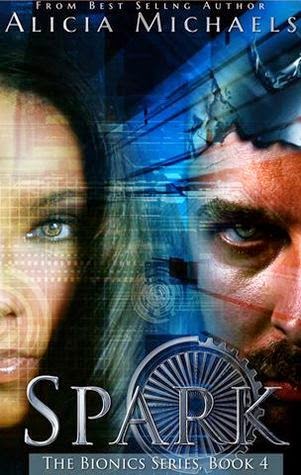 Title: Spark
BLURB from Goodreads
Most nineteen year-old girls are thinking about college, stretching the wings of newfound adulthood, and boys. Well, I’ll probably never go to college and all my dreams of the future are gone. I’ve been adult for much longer than I should have been and my girlhood was stolen the minute the North Koreans dropped their nukes over the United States. As for boys … well, that’s pretty much out of the question now, too. My love life is too messy to even talk about.I have nothing.   Except, maybe, my cause, my mission, The Resistance. It is the hope I have to cling to, I am counting on it to pave the way to my future. As things heat up and the terrorist sect known as The Rejects make themselves known opponents of society in this war, the choice to be on the side of good is harder than ever. My friends are broken; Olivia is a shell of her former self and Jenica is barely hanging on. Dax and Gage … well, we’re not talking about my love life, remember? The Rejects, the government, President Drummond; they are pressing in on us from all sides and the weight is tremendous. Still, when given the choice to crumble or stand, I’d rather stand. Times are dark, but we are here, a rebellion, a whisper in the dark, a spark that lights the flames of change. 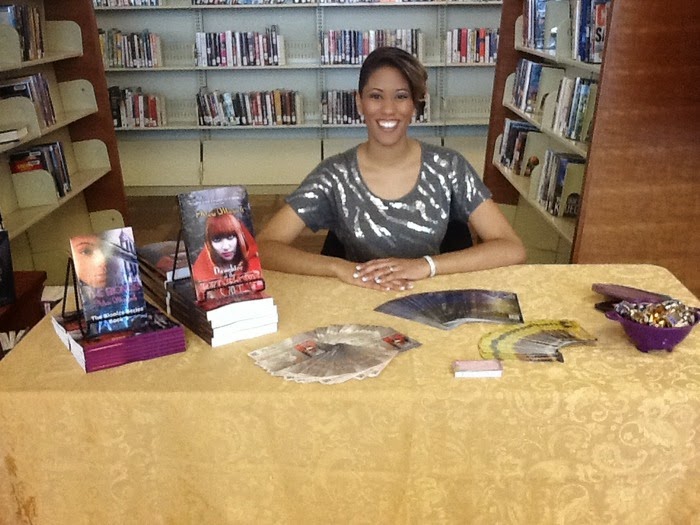 Ever since she first read books like Chronicles of Narnia or Goosebumps, Alicia has been a lover of mind-bending fiction. Wherever imagination takes her, she is more than happy to call that place her home. With seven Fantasy and Science Fiction titles under her belt, Alicia strives to write multicultural characters and stories that touch the heart. V-Card is her first Contemporary Romance.
The mother of three and wife to an Army sergeant, she loves chocolate, coffee, and of course good books. When not writing, you can usually find her with her nose in a book, shopping for shoes and fabulous jewelry, or spending time with her loving family.