BLOG TOUR - THE ARTFUL - SHADOWS OF THE CITY - WILBERT STANTON 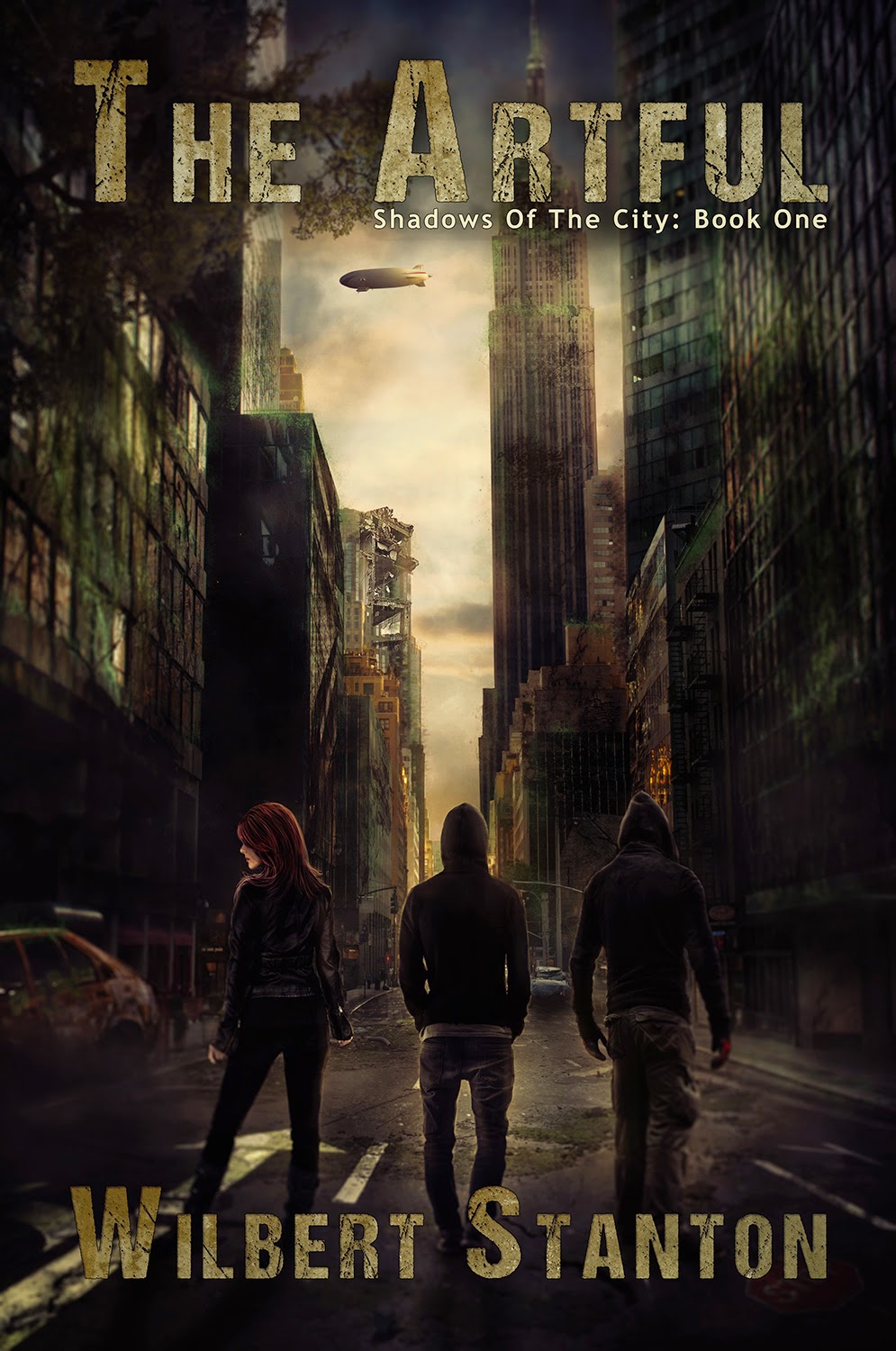 BLURB supplied by Curiosity Quills Press
New York City, 2025: Everything is changed. The city that never sleeps is now a land of death and decay. A rampant virus has taken over and the survivors have become carriers, quarantined from the rest of the world.

Twist and Dodger grew up in the streets, the sewers and underground tunnels – their playground. They aren’t heroes. They just like attention; and stealing meds from the rich and giving them to the poor is their golden ticket.

On their latest raid, they unknowingly steal a cure that puts them square between the ailing Emperor of Manhattan and the war hungry Governor of Brooklyn and forces them on a quest into the darkest shadows of their putrefying world. 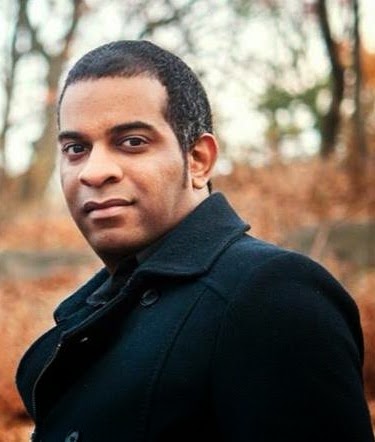 Wilbert Stanton was born and raised in New York City. From an early age, Wilbert decided he would either write books or take over the world; everything else was just a precursor to his end game. Along the way, he has studied Psychology, English, and Computer Science. He's held jobs in a wide range of fields and met people from all walks of life. Wilbert is constantly learning and growing as a person, in order to solidify his dreams. In the end world domination was a bit tedious, so he decided to focus on writing books.

What is your name, where were you born and where do you live now?
My name is Wilbert Stanton, I was born and raised in New York City, Manhattan to be exact. I’ve lived here all my life. And although I have vacationed to many different countries and cities, New York will always be my home.

Did you always want to be a writer? If not what did you want to be?
Growing up I’ve wanted to be a number of things, even while attending college I found myself changing majors quite often. I could never really figure out what it was I wanted to do. A career path I was passionate about one minute became boring and mundane the next. Through it all, I’ve always found a passion for writing; it was something I did on the side, with no intentions of sharing it with the world. It was my secret hobby for me and me alone. It wasn’t until recently that I’ve found myself at a dead end job, that I realized the only thing that makes me happy is writing, and if I wanted to make something out of that passion I had to step up and do something about it.

When did you first consider yourself as a "writer"?
I’m still not sure, I often feel like I’m pretending. My fiancé and family members say I’m a writer; they started saying it way before I did. Of course it’s a title I hold dear, but I guess that title also comes with self-doubt and apprehension. You might say I’m actually scared to call myself a “writer”, if I don’t openly say it, I can’t be proven wrong. But the truth is, I’ve considered myself a writer ever since I was a child.

Do you work another job as well as your writing work?
Yes. Unfortunately, I have not reached that level, where I can quit my job and focus on writing. I would love too. But sometimes life gets in the way of your dreams. Luckily for me, I have a job that offers a lot of down time. So I do get a lot of writing done there.

Who is your publisher? or do you self-publish?
My publisher is Curiosity Quills Press, and I couldn’t have asked for a better publisher to publish my first book with. They have been so helpful and embracing, they’ve answered my numerous emails, and walked me through this process with a patience and understanding I am sure is hard to find in this business.

What can we expect from you in the future?  ie More books of the same genre? Books of a different genre?
Currently I am working on a steam-punk, fantasy called Cabin at the End of the World. It’s a mixture of fairy tale, fantasy, steam-punk, and Greek mythology. It is definitely a departure from The Artful. I love writing post-apocalyptic stuff, but Cabin is something I’ve been dreaming up for a long time. After that I will be working on the sequel to The Artful. I think, my plan is to go back and forth between the two series/genres at least until both trilogies are done.

Do you have a favorite character from your books? And why are they your favorite?
From The Artful, my favorite character is Dodger. The title of course, is his name’s sake. I like him because he was everything I was not as a teenager. He is adventurous, brash, daring, and funny, also he has no fear of saying what’s on his mind to girls, something I used to fear more than death itself!

If you had to choose to be one of your characters in your book/books which would you be? And why?
As I mentioned before my favorite character is Dodger, but would I want to be him as an adult? I’m not sure. As a teenager I would have loved to have his quick wit and self-centered attitude. But as an adult, I think that Twist would be just as fascinating a character to be. He is wise, caring, honest, and when push comes to shove he is willing to do anything for the people he cares about, even if it scares him to death. These are all qualities that make a great person.

Do you have a certain routine you have for writing? ie You listen to music, sit in a certain chair?
When I come up with an idea, I usually pick a music playlist that fits what I’m going for, something that I would imagine playing as the stories soundtrack. I will go to bed and have the playlist play, while I imagine the whole story, sort of like a movie. Sometimes if I find the perfect music, the story will play out by itself. The next day I will write an outline, or something that resembles an outline, and take it from there.

What do you do to unwind and relax? Do you have a hobby?
I like to read, play video games, and watch movies. Those are definitely things that relax me, except watching Game of Thrones, that show just stresses me out.

Do you think books transfer to movies well? Which is you favorite/worst book to movie transfer?
I think it really depends. Right now directors and producers seem to be scooping up books to adapt left and right, some are great, some are not. As of recent I would say I enjoyed the Divergent adaptation, they changed a lot of things, but I still feel it captured the idea of the book perfectly. I also really liked John Carter, even though it did poorly in the box office. We can even go back further; I actually like The Never Ending Story film better than the book. As for the worst, I believe Mortal Instruments, Beautiful Creatures, and I am Number Four, could have been better. But I wouldn’t actually say they were the worst… I did enjoy them to an extent. I guess it’s just that when you are a reader and passionate about a book, it’s hard to accept the slightest flaw or divergence from the source material.

Do you think ebooks will ever totally replace printed books?
I love ebooks for simplicity’s sake. I have an iPad and carry around my library of books with me everywhere I go. But I will still always love a physical book. The smell, the feel, the look of ink printed on each page. It’s a totally immersive experience. We have seen it before, DVD’s replaced VHS, MP3s have replaced cassettes and CDs, but with the printed book I feel it is a bit different. Besides when the world falls to a nuclear holocaust, physical books will totally rule.

Do you think children at schools these days are encouraged enough to read? and/or do Imaginative writing?
I don’t know about school, but I do think kids are reading a lot more than when I was younger. The YA explosion that’s taken over the literary world is just evidence of that. Kids are blogging, posting reviews, and running to the stores to buy books, now. It’s pretty amazing. Schools can only take advantage of this by incorporating reading material that kids already enjoy. I have heard The Hunger Games, and Harry Potter have been added to some school reading lists. I think that’s a step in the right direction.

What do you think about book trailers?
I like book trailers. Most of my older friends will respond with “I didn’t know they make trailers for books.” But it is a good marketing tool. Especially when marketing towards younger readers. This is probably why you can find book trailers for YA books all over YouTube… speaking of which, https://www.youtube.com/watch?v=iW34VhgkM-I