REVIEW - THE BEFORE - THE FARM BY EMILY MCKAY 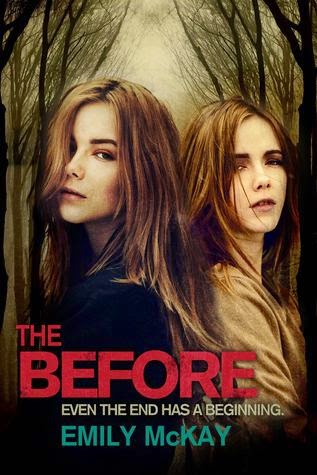 BLURB from Goodreads
What looks at first like nothing more than a bad science fiction movie soon becomes a terrifying reality for Lily Price: swarms of vampires devouring humans across America. Now, locked in her house while the world falls apart around her, Lily must find the strength to support her collapsing mother and protect her autistic twin sister, Mel—and somehow find a way to flee the advancing horde of undead before it’s too late.But with martial law declared and a rogue cop watching every move Lily makes, escape seems hopeless. And then comes a phone call that threatens to change Lily’s life forever, a call that’s certain to break up her family and send Lily and Mel to a place they may never return from.From the author of the award-winning The Farm and The Lair comes The Before, a terrifying look at what life was like when the vampiric undead first took over our lives.

INITIAL THOUGHTS
Having already read Bk#1 & Bk#2 of The Farm I really wanted to know about "The Before" that is where and how Lily and Mel had lived before the virus and the Ticks came.

MY REVIEW
I downloaded this one free from Amazon.co.uk. The cover features the twins, Mel & Lily back to back which gives the impression they are prepared to take on the world, or rather take on the "ticks". I also love the byline for this novella "Even the dead has a beginning" it fits this book perfectly.
The virus and the Ticks suddenly appear, it's all over the news. There's nothing but the news all over every TV channel and Radio channel. Mel, & Lily's mum is usually so organised, strong and decisive but the news seems to just make her crumble.
They are running out of food, they need to make a decision what to do and if they are going anywhere they need to go soon. Mel & Lily's mum is so desperate that she even calls her ex husband , the girls father. The father that one day just upped and left them. His best suggestion is that he will send a car for them. Both the girls disagree with this and finally get their point across to their mum. The place Lily wants to go is to their Uncle Rodney's rural home. Uncle Rodney is they type of guy who will be prepared for this attack. Uncle Rodney has his own stock of food and has guns etc. Only by the time they decide to go to Uncle Rodney's, Marshall law has been declared. All teenagers are to be relocated to "Farms" to "protect" them from the Ticks. As Ticks are attracted to teenagers and their blood.
Mel is autistic and has resorted to speaking in rhymes. She disappears at one point, and is actually more "together" than people give her credit for.
The police are turning into gun toting aggressors, it's getting to the point that they will shoot anyone who disobeys what they tell them to do.
This prequel is well written and has lots packed into it. there's more background information on Mel & Lily as well as Joe Mateo, and Carter Olson. I admit to reading this after reading BK#1 & Bk#2 but I think this can be read prior to the books or after. this prequels still gives valuable and relevant information that fit in with what happens in the other books.
So did I enjoy the novella? Really enjoyed it. Great insight into the series                         Would I recommend the novella? Yes, its a great read either prior to reading the books of after/during reading them. Also if you are unsure as to whether you will like the books this novella is a good way to get a taster of the forthcoming plot and the authors great writing style. Would I read more of this series? I already have and want even more! Would I read other titles by this Author? Yes I intend too. 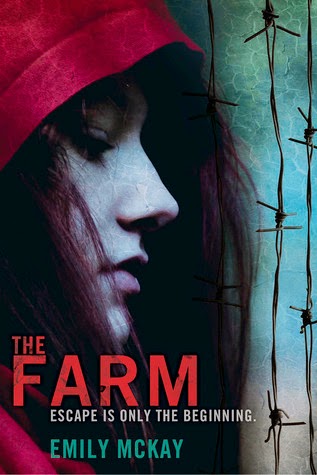 About The Book
Life was different in the Before: before vampires began devouring humans in a swarm across America; before the surviving young people were rounded up and quarantined. These days, we know what those quarantines are—holding pens where human blood is turned into more food for the undead monsters, known as Ticks. Surrounded by electrical fences, most kids try to survive the Farms by turning on each other…And when trust is a thing of the past, escape is nearly impossible.Lily and her twin sister Mel have a plan. Though Mel can barely communicate, her autism helps her notice things no one else notices—like the portion of electrical fence that gets turned off every night. Getting across won’t be easy, but as Lily gathers what they need to escape, a familiar face appears out of nowhere, offering to help…Carter was a schoolmate of Lily’s in the Before. Managing to evade capture until now, he has valuable knowledge of the outside world. But like everyone on the Farm, Carter has his own agenda, and he knows that behind the Ticks is an even more dangerous threat to the human race... 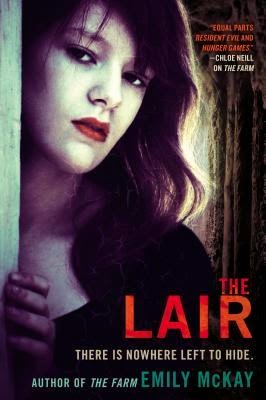 About The Book
In the battle against the vampiric Ticks, humanity was slowly but certainly headed for extinction. For months, twin sisters Lily and Mel had been “quarantined” with thousands of other young people being harvested for their blood—food for the Ticks. Finally escaping with a few friends, the twins are separated—and must continue the fight on their own . . .

After making it to a resistance base camp in Utah, Lily learned to survive at all costs. But when a Tick attack decimates the fighters, Lily and her pregnant friend, McKenna, decide to make the hard trek north to Canada—and safety.Meanwhile, Mel is being taught how to survive by the very vampire that turned her. Living without her sister is hard, but dealing with the fact that her autism was cured by the vampire bite is an even bigger challenge.But when a monstrous betrayal places Lily in mortal danger, Mel must set out to find her, save her, and begin to unravel the empire of destruction that the Ticks have built. 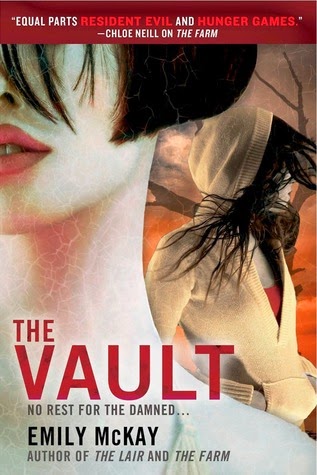 About The Book
In a world where vampires rule and teenaged humans are quarantined as a food source, there is only one choice—resist or die. But fighting the vampires comes at a terrible cost to twin sisters Mel and Lily and their best friend Carter . . . With Lily exposed to the vampire virus and lying in a coma, it’s up to Mel and Carter to search for the cure. Time is not on their side. With every passing heartbeat, Mel is becoming more and more purely vampire.Desperate, Carter and Mel decide to split up. Carter will recruit human rebels from the Farm in San Angelo to infiltrate the guarded kingdom of the vampire Sabrina and steal the cure. Mel will go back to her mentor, her friend, her betrayer, Sebastian, who is the only one who can access an underground vault that may house the secret to the cure.That is, if he’s still alive after she staked him to the ground. Now her worst enemy may be their best hope for curing Lily—and saving the human race.