BOOK PROMOTION & AUTHOR INTERVIEW - AFTER THE PARCH BY SHELDON GREENE 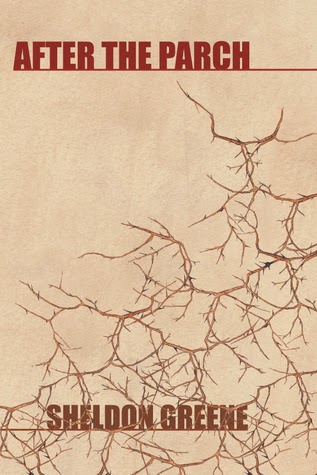 BLURB from Goodreads
It's 2075. California is nothing like we know it. The USA has broken up and California has become an independent refuge dominated by a single omnipotent corporation. Eighteen-year-old Bran, a shepherd, is given a mission to traverse the California republic in ten days, in order to save his rural community from forfeiting its land. On the way, he teams up with a seventeen-year-old girl who has the skills and prowess of a warrior, an eleven-year-old wild boy with uncanny survival skills, and a wandering musician with a secret revolutionary agenda. After the Parch is a fast-paced, vivid, dystopian fantasy with a chilling resemblance to the way we are, and a vision of what we might become. It's a well-crafted story and the plot flows naturally from one crisis to another, with three-dimensional characters right up to the taut and positive climax.

Sheldon Greene has been called "a born storyteller" by the Los Angeles Times for his book Lost and Found (Random House). This is his fifth novel. "I felt the need to describe our country as what it might become if we continue on the current trajectory." He is a lawyer and an executive in a wind energy development company, and has a background of high impact public interest litigation in health care, labor law, land policy, and immigration. He also sings in the Oakland Symphony Chorus and serves on several boards.

What is your name, where were you born and where do you live now?
Sheldon Greene, born in Altoona PA,  live in Berkeley California

Did you always want to be a writer? If not what did you want to be?
I started writing in law school and never stopped

When did you first consider yourself as a "writer"?
After I completed my first novel.

Did it take a long time to get your first book published?
It was never published. I love to write and am not good at marketing.  However I plan to publish it.

Do you work another job as well as your writing work?
I  am a lawyer and an executive in a wind energy company. I’m on a couple of boards, Berkeley Art Center and Great Lakes Energy Institute.

What is the name of your latest book, and if you had to summarise it in less than 20 words what would you say?
After the Parch is set in 2075 in the California Republic after the break up of the United States and a long drought.

Who is your publisher? or do you self publish?
Strategic Publishing

How long does it usually take you to write a book, from the original idea to finishing writing it?
Many years

Which of your books were easier/harder to write than the others?
Lost and Found, published by Random House, came to me as if I was the medium once I had the nucleus of the concept. It was surreal at times.

What can we expect from you in the future?  ie More books of the same genre? Books of a different genre?
I’ve published five novels, all different. The current one is set in the future.  Several are historic, constructed around kernels of fact.  There are two sequels to Lost and Found, which will be  published next after a protracted process of revision.

Do you have a favourite out of the books you have written? If so why is it your favourite?
I don’t think that I have a favorite. They are all different and dear to me for various reasons. But I think that Lost and Found is the most timeless and significant.  I once had an e mail from a woman who said that she had read it many times  and her life was significantly touched by it.

Do you have a favourite character from your books? and why are they your favourite?
I suppose it’s the principal character in Lost and Found. His voice is unique and he’s the narrator of all three books, the last two yet to be published.

How long have you been writing?, and who or what inspired you to write?
Most of my life.  I was drawn to it as a means of self expression and ultimately a kind of immortality. The creative process, the characters, the narratives are all left behind indefinitely for those who care to look. And it’s also a way to create a world which I can control, a kind of god syndrome.

Where do you get your book plot ideas from?What/Who is your inspiration?
I might see something, a painting, or read about an event that stimulates my imagination. It grows from the kernel of the idea.

Do you have a certain routine you have for writing? ie You listen to music, sit in a certain chair?
No. There is nothing routine or compulsive about it. I just let it flow.

Do you have anybody read your books and give you reviews before you officially release them?ie. Your partner, children, friends, reviewers you know?
Yes, a fellow writer, my wife, my daughter, a couple close friends.

What was the toughest/best review you have ever had?
I’ve had lots of great reviews but one nasty one by a another writer who I think was comparing my work to his. Maybe it pushed a button.

How do you come up with the Title and Cover Designs for your book/books?Who designed the Cover of your books?
My daughter, Talia, an exhibiting artist designed the cover of After the Parch. People are free to frame the cover and chuck the book, hopefully after they have read and enjoyed it. I like the covers to be thematically evocative.

Do you choose a title first, or write the book then choose the title?
The title comes last.

Do you basic plot/plan for your book, before you actually begin writing it out? Or do you let the writing flow and see where it takes the story?
I start with an idea, then a  story,  then a detailed outline with character bios before beginning to write. When I write, I let the characters do things  that I may not have considered at the outline stage. Once the characters are formed they  have a will of there own some of the time.

How do you market/promote your books?
Poorly.
(Well if I can be of any help give me a shout! I love helping authors promote their books etc!)

What do you think makes a book a really good/bestseller ?
Marketing the heck out of it.  Advertizing.

Have you ever suffered from a "writer's block"? What did you do to get past the "block"?
No. I just let it flow.  If it stops I relax, take a nap, or come back to it later when the spirit moves me.

What do you do to unwind and relax?Do you have a hobby?
I  play tennis, do yoga, garden, sail, and sing in the Oakland Symphany Chorus. I read a lot.

Have you ever based characters on people you know or based events on things that have happened to you?
No

Are there any hidden messages or morals contained in your books? (Morals as in like Aesops Fables type of "The moral of this story is..")
Yes.  After the Parch, for example. The moral is, we must rely on and trust strangers.

Is there a certain Author that influenced you in writing?
Not really. There must a hundreds of writers that I admire, probably for different reasons.

Which format of book do you prefer, ebook,hardback, or paperback?
I like all forms. But when you travel, you can’t beat the e book.

What are you currently reading? Are you enjoying it? What format is it?(ebook, hardback or paperback)
The Winter Horses, by Philip Kerr, and The Future of the Mind, by Michio Kaku. e books

Do you think ebooks will ever totally replace printed books?
It is possible. Today’s kids grow up attached to a screen.

Do you think children at schools these days are encouraged enough to read? and/or do Imaginative writing?
No, but that is changing.  The introduction of the core curriculum will at least begin to develop critical thinking, problem solving and communication skills.

Did you read a lot at school and write lots of stories or is being a writer something newer in your life?
I read a lot as a kid. Books have always been an important part of my life. I’m a knowledge junkie.

Do you have a favourite genre of book?
I’m eclectic but for pure enjoyment I like thrillers, spy novels and police procedurals.

If you could invite three favourite writers to dinner, who would you invite and enjoy chatting with?
Nabokov, Le Carre, Stegner, come to mind. I could rattle off another 50 or so.

Where can readers follow you?
I haven’t figured that one out as yet. I post occasionally on Facebook, Medium. I do have a web page, sheldongreene.net. The best way to follow me would be to read my novels.  The most recent, After the Parch, Lost and Found, Burnt Umber, Prodigal Sons, Pursuit of Happiness.