Series premise: Two thousand years ago, ten priestesses sealed evil within an extinct volcano on Easter Island. As long as they remained together, creating a stronghold of both mind and body, the beast could not escape. When slave traders capture the group 1750 years later, their descendents must separately begin a journey to northern climes, gathering in one place to recreate the stronghold.  Unfortunately, awareness of their purpose has been lost over the generations, and they must be nudged in the direction of their chosen life-mates. Each book addresses the arrival of at least one new priestess at the new stronghold in Stanton, Wyoming, and all books but book 4 use strong Native American themes. All protagonists are capable women with wildly different personalities. Animals abound: horses, dogs, wolves, and an assortment of wildlife.   There is some comedy in all five books, not so much in Book 1, but liberal amounts in Books 3 and 5. 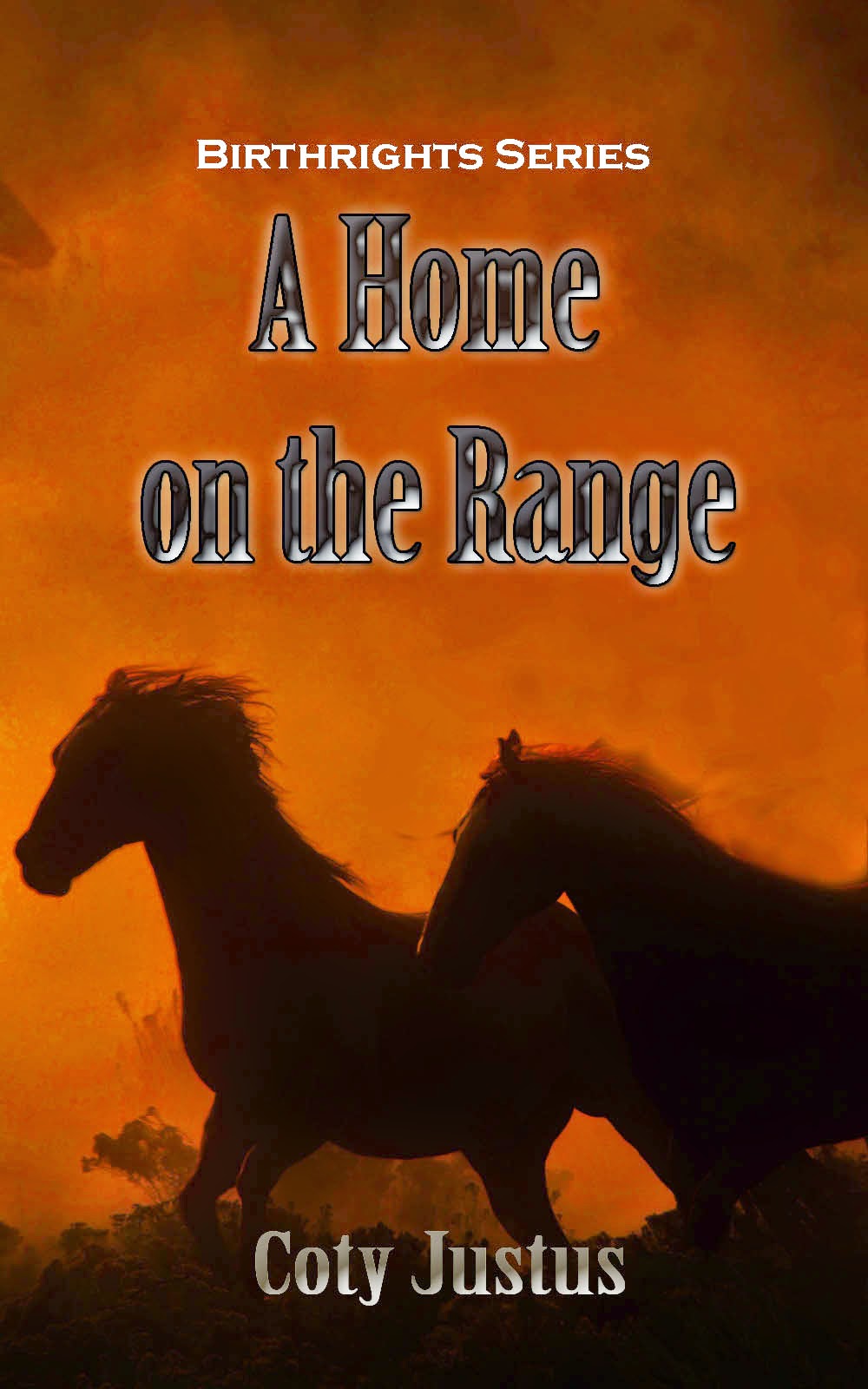 BLURB supplied by Author
After her mother’s death at the hands of a cult leader, Odessa escapes the cult, relying upon determination, instinct and a mysterious voice to keep her one step ahead of her pursuers.  The blood-stained contents of the heavy leather tote she bears have already cost lives, and she is prepared to kill to prevent them from falling into the wrong hands.

Jason waits.  He does not know what he waits for, only that it rapidly approaches from the east.  Restless, he struggles to comprehend his inner turmoil, delving into his family’s past for answers, answers that may cost him his life. 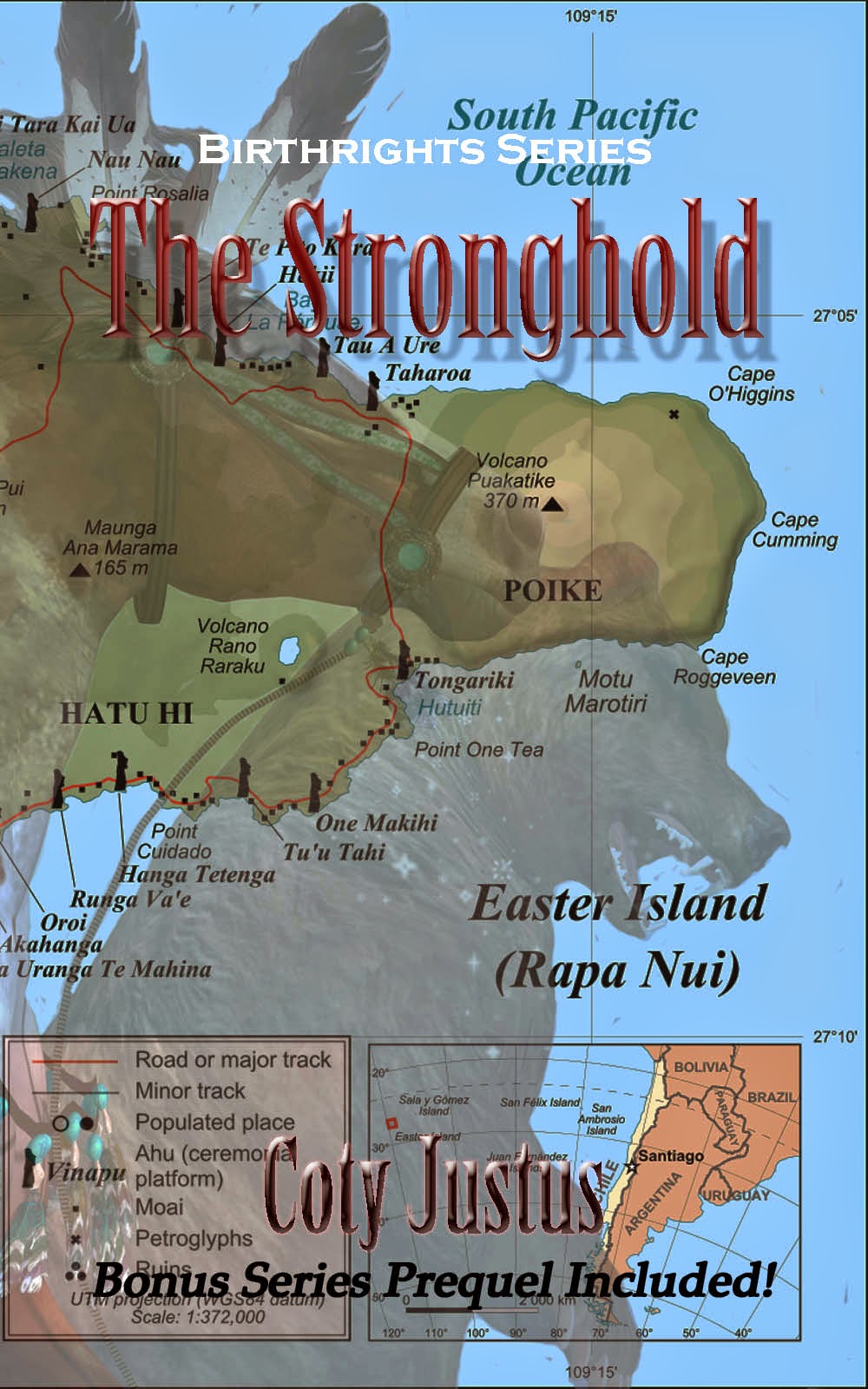 The release of her father from prison forces Jocasta into hiding.  Memories of the night he tried to kill her have rendered her mute, unable to speak of the horror she witnessed.  Fearing he will attempt to finish the job, she alters her appearance and flees to Cheyenne, Wyoming.

Alan has long been waiting for his mysterious J.B.  Alerted to her presence by a series of dreams, he knows she is out there somewhere and has never wanted anyone but her.  When she finally arrives, bearing a leather tote packed with heartache, Alan must decide whether the waiting was worth a lifetime of worry. 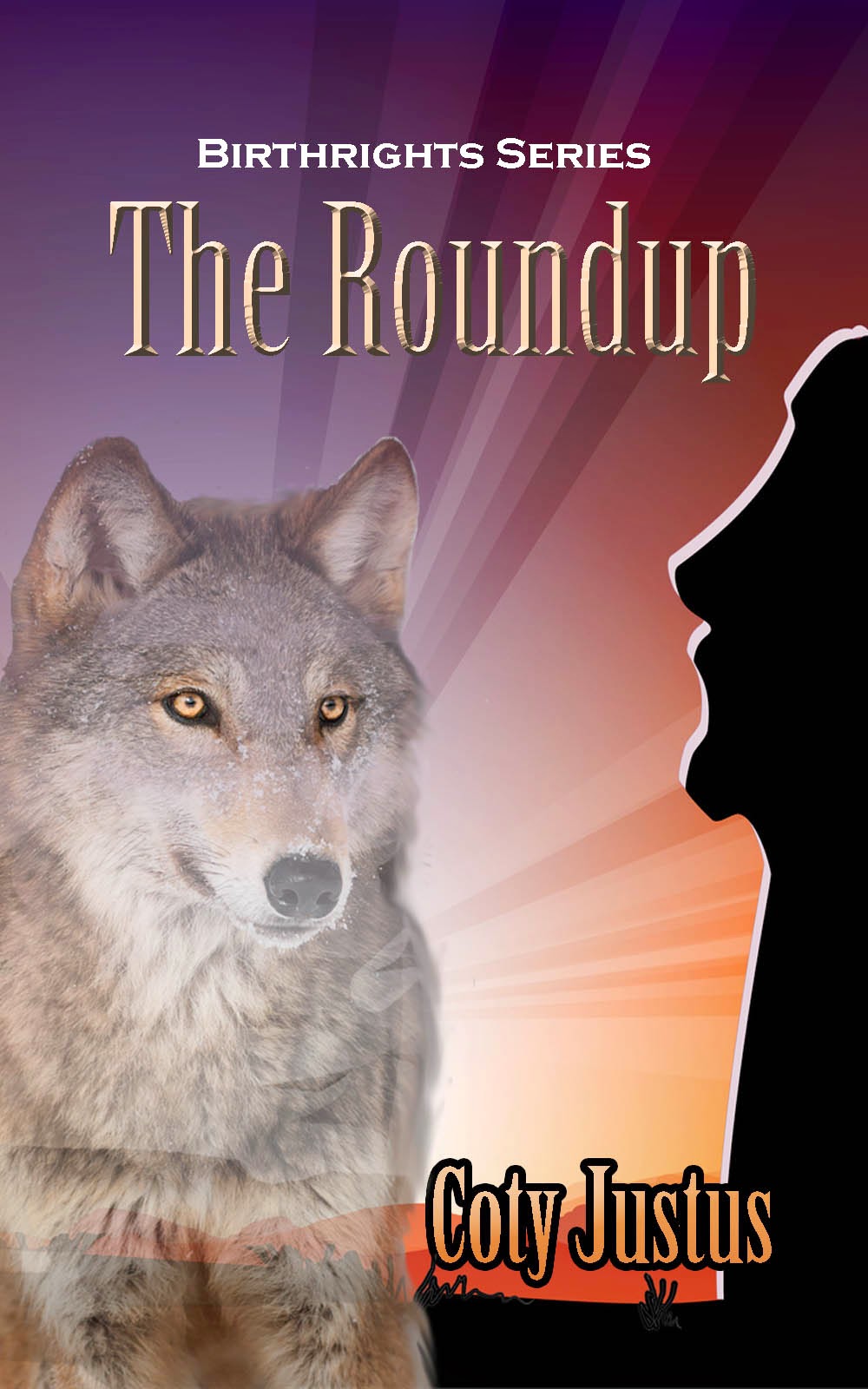 Sliced from her dead mother’s womb by a reclusive wildlife conservationist, Penny is lovingly raised in seclusion in the mountains of western Wyoming.  Because there are those who wish her dead, she must always hide.  When her guardian angel dies, leaving her alone at the age of twelve, she waits eight years for the one she knows will eventually rescue her.

When Matthew sees Penny in a chance encounter at a gas station, he knows she is for him, but by the time he is able to turn his vehicle around, she is gone.  For the next year, Matthew searches for his mystery woman.  Finding her proves easier than keeping her, though, thanks to the contents of a leather tote. 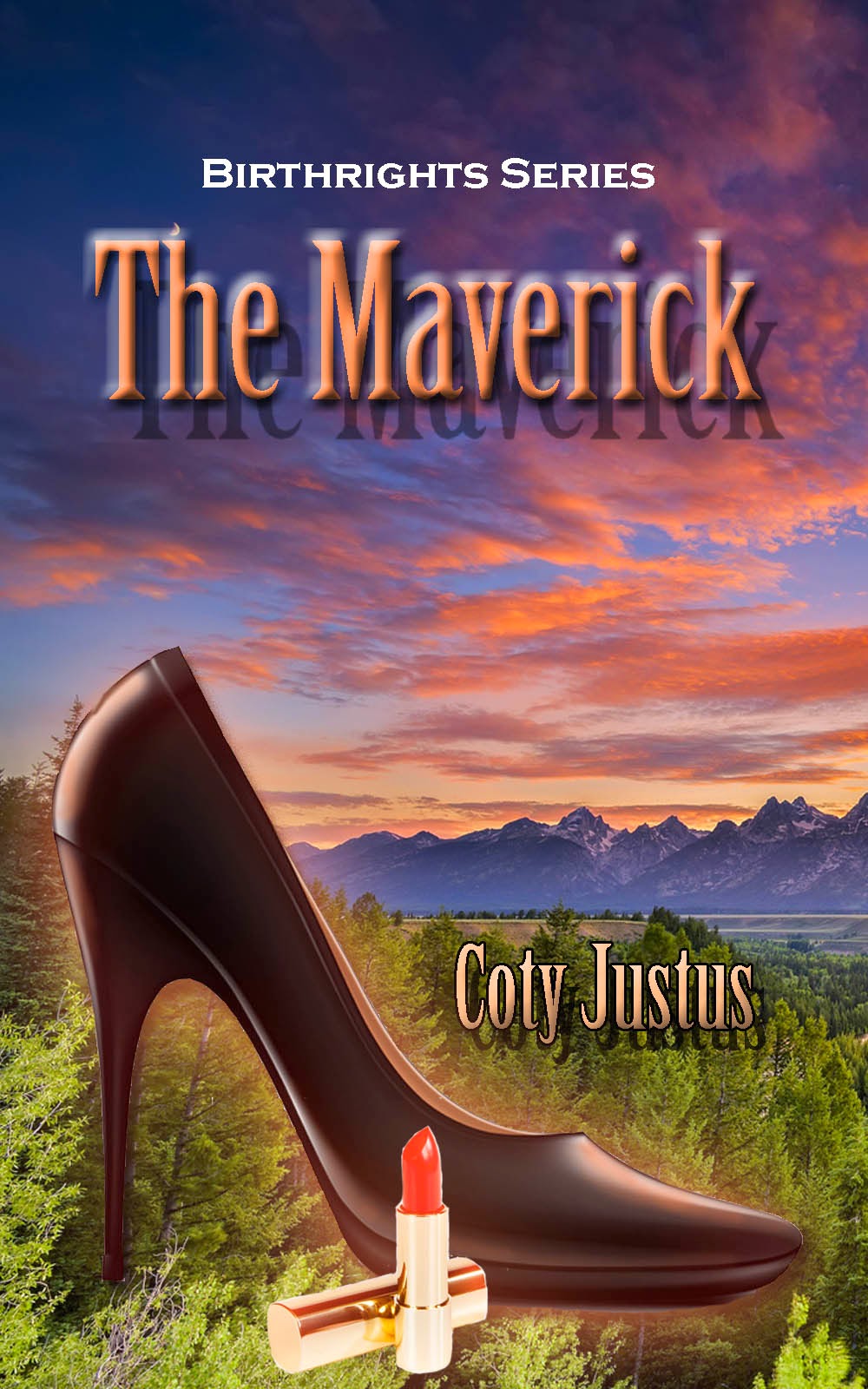 Acrasia fights to keep her father alive, stealing and lying to purchase his expensive medication.  Showing the world two faces—the gentle, loving daughter and the cynical, toughened criminal—she challenges anyone to stand in her way when it comes to her father’s well-being.

When Michael touches Acrasia’s hand, he knows she is for him, and he feels cheated.  Nevertheless, he can think of nothing but her, and the more he fights his fate, the more he realizes there could be fates worse than a lifetime with Acrasia, such as a lifetime without her.  Now he needs to convince her that the contents of the dust-coated leather tote in her father’s closet make her his. 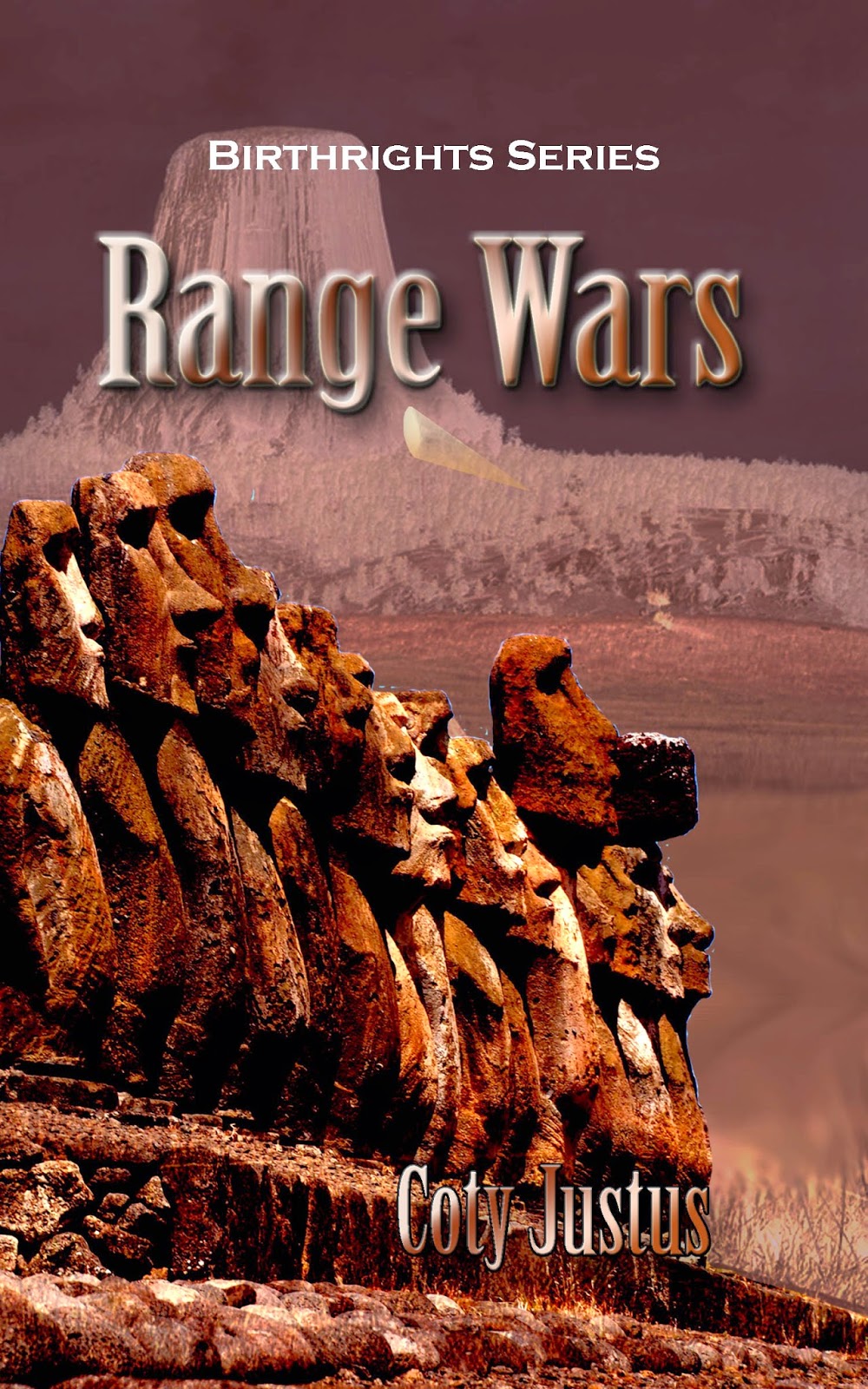 BLURB supplied by Author
In the final book of the Birthrights series, evil seeks to manufacture an eruption of the supervolcano lying beneath Yellowstone National Park.  Forcing earthquake after earthquake, with each progressively stronger than the one before, the plates sealing the magma within the chamber steadily weaken.  Only The Ten can stop it.  Two will be lost.  Two will be found. 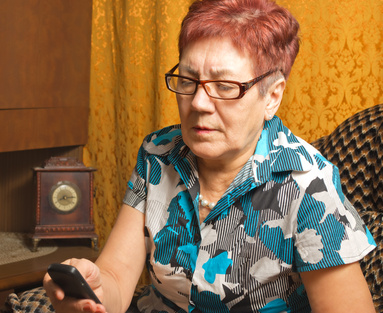 Coty Justus lives in the Wyoming she writes about in her books.  A simple person with simple tastes, her books reflect her upbringing, with an emphasis on family and a rural lifestyle.  An animal lover, Justus frequently incorporates dogs, horses, and an odd assortment of wildlife into her plots.

What is your name, where were you born and where do you live now?
Coty Justus.  I was born in North Dakota, and I currently live in Wyoming.

Did you always want to be a writer? If not what did you want to be?
When I was growing up, I was determined to be an artist but my parents dissuaded me from
pursuing that career.

What is the name of your latest book, and if you had to summarise it in less than 20 words what would you say?
My latest book, the final one in my Birthrights series, is Range Wars.  A twenty-word summary of this incredibly complex book would read as follows: Ten hereditary priestesses from ages three to thirty-nine battle the beast with the assistance of their mortal loved ones.

Who is your publisher? or do you self publish?
I am self-published

Do you have a favourite out of the books you have written? If so why is it your favourite?
I love Range Wars.  I still read it on occasion.  In Range Wars, I was able to have some serious fun with the characters established in the first four books.  Often after reading a satisfactory relationship-building romance, I want more.  I want to see the couples later, settled into married life.  I was able to do this in Range Wars.

Do you have a favourite character from your books? and why are they your favourite?
Acrasia, who is introduced in The Maverick.  She is a departure from the typical romance heroine, an entertaining mixture of good and bad.

Do you have anybody read your books and give you reviews before you officially release them?ie. Your partner, children, friends, reviewers you know?
I have five sisters.  One shares the same reading tastes.  The smartest thing I have ever done was to ask her to read my books before I published them.  Her encouragement gave me the motivation I needed to see this project through to the end.

Do you gift books to readers to do reviews?
I send all reviewers an e-copy of my books.

Do you read all the reviews of your book/books?
Yes!

How do you come up with the Title and Cover Designs for your book/books?Who designed the Cover of your books?
I designed my own covers.  They are not typical for romance books, but the books are not typical romances.

Do you decide on character traits (ie shy, quiet, tomboy girl) before writing the whole book or as you go along?
Because it was important that the priestesses have distinct personalities, I decided on character traits first: Odessa/Determined, Jocasta/Gentle, Penny/Naive, Acrasia/Tough, and so on.

Did you have a favourite author as a child?
Walter Farley.  I read his Black Stallion series countless times.

Do you have a favourite genre of book?
Paranormal Romance

If you could invite three favourite writers to dinner, who would you invite and enjoy chatting with?
Jonathan Swift, Euripides, and George Orwell.  I would be listening, not chatting, though!