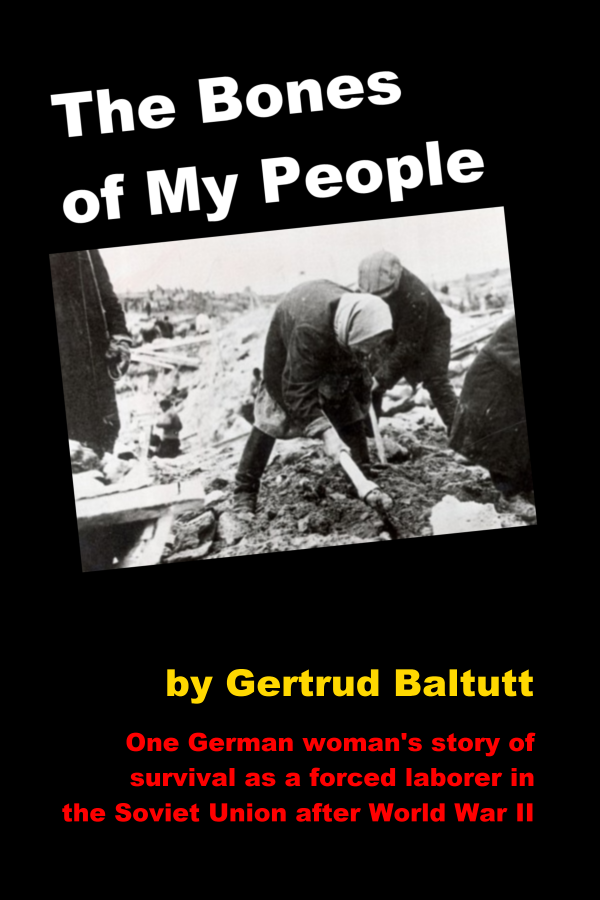 
BLURB supplied by Editor
The story of the capture, imprisonment and survival of Gertrud Baltutt, a German civilian in East Prussia who was transported into forced labor in the Soviet Union at the end of World War II. Gertrud was transported to the Ural Mountains in Russia, where she was forced to do hard labor in the forests and the nearby steppes of the Ural region.   "After three and a half years of forced labor, she was returned to Germany, and not knowing their fate, began the search for her children." 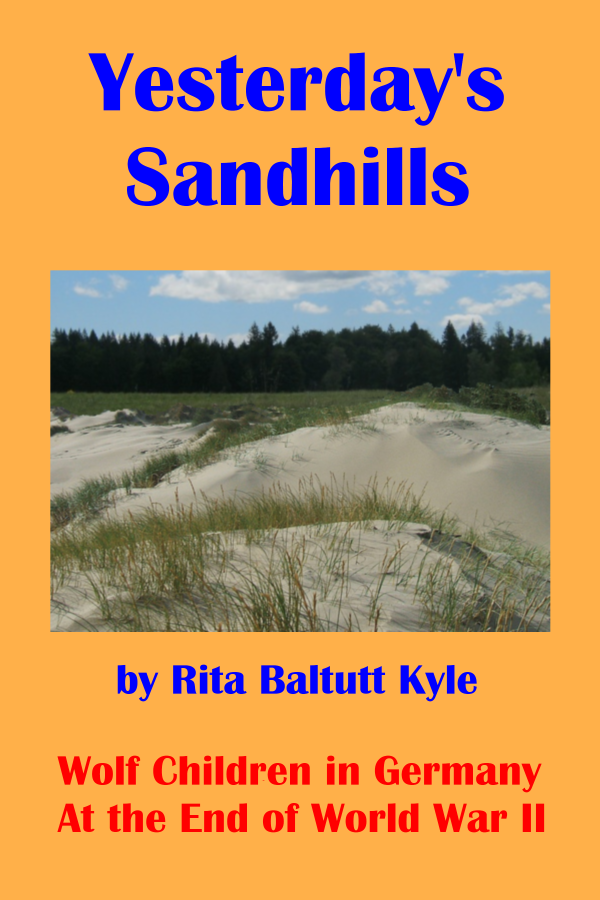 BLURB supplied by Editor
This is the story of the family of Rita Baltutt at the end of World War II in the part of Germany known as East Prussia. When the Soviets conquered East Prussia in 1945, like many other German children these four little girls were effectively orphaned when their parents were taken for forced labor into the Soviet Union. This is the story of their struggle for survival. Left to fend for themselves in a burned-out town, they faced starvation, dehydration, drunken Russian soldiers, and roving gangs of lawless boys.

"Gertrud Baltutt, nee Jakumeit, was born in 1913 in Memel, East Prussia, Germany (now Klaipeda, Lithuania). She married Otto Baltutt in 1934, and they moved to Osterode, East Prussia (now Ostroda, Poland).  They had four daughters. When the Soviet Army's advance in 1945 penetrated the borders of East Prussia, the family fled via refugee train, but were overtaken by Soviet forces in the town of Prussian Holland, where both Gertrud and Otto were taken into custody for forced labor. It is unknown what happened to Otto, but Gertrud was transported to the Ural Mountains in Russia, where she was forced to do hard labor in the forests and the nearby steppes of the Ural region. After three and a half years of forced labor, she was returned to Germany, at first living in East Berlin, where she was reunited with her four daughters.    "Eventually she and her daughters found their way to West Berlin, out of the Communist zone, and after many years of living as a refugee, was finally settled in Ulm, West Germany with her youngest daughter (the others having by this time gotten married).  She lived the rest of her life in Ulm, until she passed away in 2004, age 91."

RITA BALTUTT KYLE
"Rita was born in East Prussia, and was 8 years old when her family was forced to flee ahead of the advancing Red Army.  After the Soviets overtook the family in the town of Prussian Holland, and her parents were both taken to the Soviet Union for forced labor, she helped her elder sister find food and shelter for all of them, until the Germans remaining in Prussian Holland were ejected, and they found themselves in an orphanage in East Berlin.  The sisters were at first broken up into different foster families, until over two years later relatives were located with whom they dwelt.  In late 1948 their mother returned from the Soviet Union, and the family, minus the father who never came home, was reunited.    "Rita eventually married an American serviceman (as did two of her sisters) and immigrated to the United States, where she lives to this day, a citizen, in the state of Ohio."

Although Gertrud Baltutt has the author credit for The Bones of My People, it might be more accurate to say that it was ghost-written by me.  The story as published is based upon a transcript of Gertrud's telling of her story.  It was originally recorded by her daughter Rita around 1978, and provided to my wife and I sometime in 2009.  My wife Waltraut ("Val") and I translated the transcript into rough English form, and then I wrote the the book based upon that translation. ~ Mike L Clark

I am a computer programmer by profession.  I've always wanted to write professionally, but have never fulfilled this desire until now.  I might not have done so even now, except for my wife's and my conviction that the story of their family needed to be told.  Since my sister-in-law, Rita, had already written about her experiences in her own book, when her mother's story became available to us we decided to take it upon ourselves to prepare both for publication.  Initially we tried to interest a standard publisher, but with no luck. When it finally occurred to us that we could publish both books ourselves, via Print-On-Demand, that is when we took the steps to do so, first by editing Rita's book for more correct English, and then by ghostwriting Gertrud's story.  In order to have a more serious appearance, we went to the trouble of forming a publishing company (Prospect Avenue Books, LLC) and obtaining our own ISBN's.  Now comes the hard part: Marketing!
Posted by Jeanz xx at 13:00