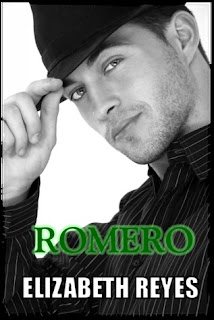 Set up: So they've met at a wedding shower a couple of weeks prior. Romero was amused by Isabel, but initially had determined she wasn't his type--too uptight. Isabel knows he's definitely not her type  but when she unexpectedly runs into him at the mall, they share a meal that turns out to be more fun than she would have every imagined. Here they sit having after dinner drinks as she fills him in about her sister.


The waitress put the bill down on the table and Romero took it. Isabel reached for her purse. “How much is it?”
“Get out of here. I got this.”
“Are you sure?”
“Yep, plus I’m not done yet. When she comes by again, I’m gonna order a beer. You want one?” Then he rolled his eyes. “That’s right you drink wine. I don’t know if they have any here.” He reached for the drink menu, “I’ve never—”
“I drink beer.”
“You do?” He asked, bringing his attention back to her.
“Yeah, just ‘cause I didn’t have any at the shower. But I’ve been known to throw a few back here and there.”
Romero smiled and flagged the waitress down. After several rounds, Isabel said she had to drive, but she asked for water and they continued to talk. She’d never felt as witty as he made her feel, because he laughed so much at some of the things she said. Though the majority of the time she wasn’t trying to be funny.
“So you said your sister sets you up a lot. Obviously, these guys she’s picking are not the winners she thinks they are, if you’re still single.”
Isabel lifted a shoulder stirring the ice in her water with the straw. “They’ve all been nice. But there has to be more than just what she thinks is perfect. There has to be chemistry.”
“And what is perfect to her?” He swallowed the last of his beer and set the bottle on the end of the table.
“Respectable, good career, good place in society, someone she thinks will take good care of her little sister.”
His expression went serious for a moment. “Good place in society. What the hell does that mean?” The waitress came by and took the bottle. Romero held up a finger for another beer.
Isabel took a deep breath. Normally she wouldn’t get so personal, but over the course of the evening she’d begun to feel more and more comfortable talking to him. She found him to be a breath of fresh air, especially compared to all the uptight guys she usually dated. Not that she’d consider this a date, but even having someone like Romero as a friend could be a fun—different. “Everyone in my family, with the exception of me and my mother, has at least one masters degree. My sister’s married to a Lieutenant Commander in the U.S. Navy. Most of the men she sets me up with, are up there in rank, either that or someone she met in graduate school.” Isabel sipped her straw. When she looked up it was strange to see not even a trace of a smirk on Romero’s face. “That’s the way she’s always been,” she shrugged. “She just wants the best for me.”
Halfway through her explanation she’d begun to rethink telling Romero all this, especially since she still wasn’t sure what exactly he did for a living. He might take offense.
The waitress set the new beer in front of Romero and he took a swig. “Well, good luck finding Mr. Perfect based on a fucking rank or degree.”
And there it was. She definitely wasn’t asking him what he did for a living now. She didn’t want him to think she was judging him. “So what about you? You have any brothers or sisters?”
He shook his head. “Nope, just me and my uncles. Which reminds me.” He pulled out something from his back pocket and handed it to her. “I almost forgot why I came here.”
Her eyes went from the paper in her hand to his. “I thought you said you were here looking for tools?”
The smirk was back and now it was his turn to look a little embarrassed. Isabel felt a flutter in her belly and her face warm. “I uh, was hoping to run into you, actually. I was here last Friday, too. I remembered you saying you got your nails done here on Fridays.”
Isabel was floored, but at the same time filled with a strange excitement.
He ran his fingers through his hair. “My uncle gets tickets to the Padre games from some of his clients sometimes and I remembered you said you were a fan.” With the smirk gone, their eyes locked and Isabel felt her heart speed up. He pointed at the tickets but kept his eyes on hers. “I thought you might wanna go. It’s tomorrow night.”
“I… uh.” She gulped, still trying to get past the fact that he’d sought her out two weeks in a row.  “I have a lot of papers to grade this weekend.”
Why did she always do that? She saw the disappointment in his eyes. “You sure? Can’t you do that on Sunday?”
Yes, she could. She finally pulled her eyes away from his and looked down at the tickets. She hadn’t been to a game in a while.
“It’s a good one," he said. "Against the Dodgers. They’re both tied for second right now.”
She could do this. Romero was one-hundred percent the opposite of any guy she ever dated, but there was nothing wrong with going to a ballgame with a friend. She looked back at him. “Okay, I think I can work something out with those papers.” His face brightened immediately. That smile was beginning to do things to her.