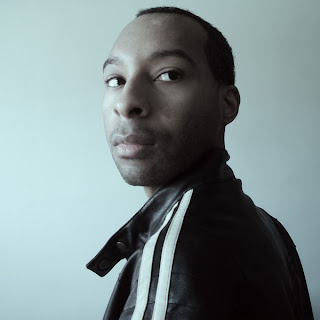 1. What is your name, where were you born and where do you live now?
My name is Michael L. Martin Jr. and I currently reside in Baltimore, MD where I was also born.

2. Did you always want to be a writer? If not what did you want to be?
I hadn't always wanted to be writer. I've been a songwriter since I was 9 years old and that's all that I've ever wanted to be until a few years ago. I guess that would still make me a writer of sorts, just of a different breed.

3. When did you first consider yourself as a "writer"?
I considered myself a writer when I started writing. That sounds kind of cheeky, but I'm being honest. I've never been the type of person to allow the world to define who or what I am. I believe that engaging in the act of writing makes one a writer. You may not be a published writer. You may even be a hobbyist who doesn't take your writing very seriously at all. But who cares? It's not about you say you are or what other people say you are. It's about what you do. If you write, you are a writer.

4. What is the name of your latest book, and if you had to summarize it in less than 20 words what would you say?
BURN IN HADES. A former slave and convict is trapped in the underworld and wants out even if that means erasing his memory.

5. How long does it usually take you to write a book, from the original idea to finishing writing it?
This depends on the scope of the book. Some stories are "easier" to write than others. I've completed novels within one month, but I also have novels that I've been working on for a few years and still haven't finished. It varies.

6. Which of your books were easier/harder to write than the others?
The hardest one of my books to write would have to be one untitled and unfinished novel. It's a really ambitious idea and when I initially began writing it, I quickly realized that I wasn't quite ready to take on a work of such magnitude. (Pop! Pop! Anyone else a fan of Community? If not, please ignore that reference.) I'm working my way up to that complex story though, improving my craft and developing my skills to a point where I can tackle it effectively.

7. What genre would you place your books into?
Fantasy

8. What made you decide to write that genre of book?
It chose me. Call it escapism or whatever you want, but I've always been a fan of anything that whisks my mind into another world and evokes a sense of wonder. That's my language.

9. What can we expect from you in the future?  ie More books of the same genre? Books of a different genre?
I'll continue to write novels within the fantasy genre. I admire authors who can write in a variety of genres, but sticking to one genre works for me. I enjoy writing fantasy too much to feel boxed in or pigeon holed by it. For me, it's a giant playground that I'm not too anxious to leave.

10. Do you have plans for a new book? Is this book part of a series?
BURN IN HADES is the first book of a planned trilogy (The Life After Death Trilogy). I plan on finishing its two sequels back to back, and then I'll complete a fourth novel that takes place within the same universe but follows different characters.

11. Do you have a favourite character from your books? and why are they your favourite?
I wouldn't call this character my favorite, but I really enjoyed stepping into Diamond Tooth's shoes while writing BiH. The character is so so evil, but also kinda lovable. She has a likable quality to her even though she's absolutely wretched. As a mild mannered guy, it was quite liberating to jump into her POV.

12. Do you have a certain routine you have for writing? ie You listen to music, sit in a certain chair?
I don't have a particular routine, but I do like listen to music as I write, specifically movie soundtracks. The right piece of musical composition can really set the mood of a scene that I'm writing and can help me stick to the tone of which I'm aiming. On the other hand, I also like to switch it up and write in silence. I've had writing sessions where any noise was an utter distraction and a supreme annoyance.

13. Would you ever ask a reviewer to change their review if it was not all positive about your book/books?
No. I believe all reviews should be 100% honest. As long as the reviewer is constructive in their criticism, they're opinion is correct whether good, bad or ugly. The right kind of review whether positive or negative can really help readers choose the book that is right for them. I would prefer a negative review to repell readers who do not encompass the audience for which I'm writing, while simultaneously attracting readers who are in to that sort of thing.

14. How do you come up with the Title and Cover Designs for your book/books? Who designed the Cover of your books?
How I came up with the title for BURN IN HADES is an interesting story. I was watching one of my favorite films, Bring It On, starring Kirsten Dunst. The characters in that movie keep going on about how they didn't want to end up in Hades, and one day during my millionth viewing of that film, the title BURN IN HADES just jumped out at me, instantly. Literally, I thought, "I'm writing that novel!"

Re: the book cover: the amazing M.S. Corely designed it. He's a fantastic artist and it was a wonderful experience collaborating with him. He translated the essence of my novel, combined my previous ideas for the cover with his own creative input and made something that I think is eye catching. The cover design was actually favorited by Joel Friedlander and David Gaughran during the e-Book Cover Design Awards.

15. Do you choose a title first, or write the book then choose the title?
This varies. In the case of BURN IN HADES, the world-building came first. Then I discovered the title (as described above). Finally, the story came emerged from there. But I have a few untitled novels lying around, and also titles that have no planned story attached to them. Stories come about in a variety of ways for me.

16. What do you think makes a book a really good/bestseller?
The answer to what makes a book really good is always going to be subjective. We all have out own personal tastes. Personally, I've found that the books I enjoy the most evoke a sense of wonder within me.

With that said, books become bestsellers simply because they sell a lot of copies. But sales don't always speak to the quality of a story. It just means that many people decided to purchase it. Sometimes "great" books deservedly find an audience and sometimes they fail to, unfortunately. Sometimes not-so-great books stumble upon an audience. Fortunately, most of the time they don't.

17. Do you think books transfer to movies well? Which is your favourite/worst book to movie transfer?
Historically, there have been fewer successful novel adaptations than there have been unsuccessful ones. I think that speaks for itself. I feel that The Lord of the Rings Trilogy and The Harry Potter Series have done the best jobs of adapting those books to films. But even those films are arguably not equal to the source material. I'm anxious to see The Hobbit though!

18. Do you think ebooks will ever totally replace printed books?
I think eBooks will take over the world until some other new technology comes along. But I don't think paper books will ever go away. Personally, I think that books should be available in any and every format that's most convenient and provides the best experience for readers. People who prefer digital should be able to acquire it. People who prefer paper should be able to acquire that.

19. Is there a book you know you will never read? Or one you tried to read but just couldn't finish?
There are books that I'm not interested in reading. Certain genres and/or plots may not connect with me for whatever reason. But the book that I will absolutely never read is the one I'm not even aware it exists. I won't read that one by default.

I only recently started putting books down before finishing them. But not because of anything I think the authors did wrong. I think I just may not have been the appropriate audience for those particular books. It happens to the best of us. No big deal. There's no need to throw the book against the wall. (Do people actually do that?) The readers who enjoyed those books are not wrong for enjoying them. Nor am I wrong for disliking them. It's just a matter of taste, and it's not always of the good vs. bad variety.

20. Where can readers follow you?
All my various Internet profiles can be found on my about.me/mlmjr page. But for your convenience: