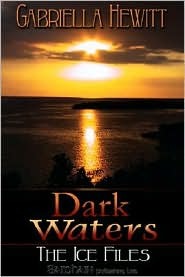 Gabriella Hewitt is the pen name of creative writing talents Sasha Tomaszycki and Patrizia M.J. Hayashi. Together they weave tales of romantic suspense and dangerously sensual paranormals. Check out the website www.GabriellaHewitt.com to find out about upcoming releases and events on her blog.

2. How long did it take for you to sell your first book?

DARK WATERS is a romantic suspense novel that took us about six months to sell. We first pitched it to Harlequin Senior Editor Stacy Boyd at a conference. She requested the full. We had only the first 3 chapters written! We got down to business slamming it out in a month. She read it a month later and though she liked our voice, she didn’t feel it fit, so there came our first rejection as a team.  But, we didn’t let it get us down. We researched other publishers and were thrilled when we learned that Samhain Publishing wanted to contract DARK WATERS.

3. What can we expect from you in the future?  More books of the same genre? Books of a different genre?

We have a lot planned. This year we sold 3 paranormal romance novellas in the Shadow Warrior series to Samhain Publishing for release in 2012. The first in the series, OUT OF THE SHADOWS  came out this past summer. We have 2 more on the way. 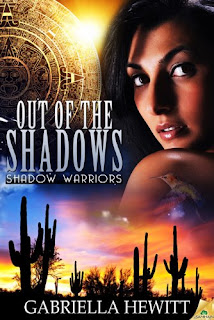 We also have a trilogy coming out that features a light storyline that is quirky and fun. The Ever After trilogy is a romantic comedy with a twist on fairytales. CHARMED EVER AFTER releases right before Christmas.

We do hope to continue writing paranormal romance, as well as romantic suspense and fantasy, far into the future.

4. Do you have plans for a new book? Is this book part of a series?

Out latest book about to release is CHARMED EVER AFTER, it is a fantasy/romantic comedy. It is part of the Ever After trilogy.

5. How long have you been writing? and who or what inspired you to write?

Patrizia: I've lived with characters in my head since I was a child. Some of those stories got put down on paper and others simply took place upon the canvas of my imagination. Eventually I reached an age when I realized it might be worth writing all those stories down. I've never looked back.

Sasha: We have been writing for 5 years. We originally didn’t start writing together, at first we wrote separately but after a few rejections we decided to partner up and it has been a wild ride ever since.  Our inspiration for writing is Caridad Pineiro, Rebecca York, Debra Webb, and Julie Miller. These women were very influential in our early years of writing, they not only are great writers, they were good mentors and helped us online to hone our skills.

6. Where do you get your book plot ideas from?

We do a lot of research. We love to read history and we find mythology fascinating. Yup, we are geeks and are proud of it.  Our favorite myths are Aztec, Greek, Egyptian, Norse, and Celtic. You can see a lot of our research ends up in our stories. Shadow Warriors is based on Aztec mythology with a modern twist. The Ever After series features fey creatures which we took from various fairytale texts and sprinkled in a little Celtic lore.

7. What do you think about book trailers?

Book trailers have their uses and today they have become one more tool in an author's promotional toolbox. When they first came out they were unusual enough to garner attention. Now, there are so many, some of which have large budgets, actors and a script that it can be hard to stand out. But it's still worth making the effort to put a trailer together. You never know what promotional item will capture a reader’s attention.

8. Which format of book do you prefer, ebook, hardback, or paperback?

Patrizia: I got a Kindle last Christmas. I wasn't sure how I would like it. Well, I love it. Don't get me wrong, I pick up the print copy for series that I've been reading for a while, but I've switched over to digital books in many cases and have no regrets. The ability to carry hundreds or even thousands of books in your bag is like Christmas forever for me. I don't have a crystal ball and I don't know for sure what will happen to print books, but digital books are like the genie released from the bottle. There's just no putting that genie back and we're all going to have to live with the addition of a new in-your-face member joining the group.

Patrizia: Read. LOL! It's true. transports me to other worlds and takes me away from the mundane, the stresses, and the generally daily chaos of having 3 kids. After that, a glass of good wine, one that I can enjoy and savor. And if I've got a good book in my hand, all the better.

Sasha: ROFL! We are so ridiculously similar, even down to the 3 kids. Ditto!

10.  What advice can you give new authors?

Very few writers grab that gold ring on the first try. Study craft, keep writing, and don't give up. The market is changing rapidly, which means there are more and more opportunities for writers to succeed. 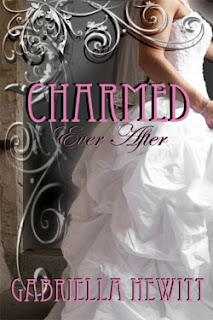 Doesn’t every princess deserve a prince charming and their happily ever after?

Obviously not for Cuban-American Princess, Rosario Garcia, the eldest daughter of the werewolves. The last minute thrown together gaudy nightmare was not how she pictured her wedding day and is not taking kindly to the forced marriage to the arrogant alpha wolf of . Unfortunately, her choices are limited and the marriage necessary to unite the warring clans, but that can all change if she finds her missing uncle and fourteen million dollars. What’s a girl to do?

She has three choices:
1) Run-away and join the circus
2) Sell her kidney and other unnecessary body parts to raise millions of dollars
3) Call upon her fairy-godmother

When accepts the antique ceremonial dagger from her crazy, drunken fairy-godmother, Madrina Hady, as a wedding gift, she never in her wildest dreams figured it would be the key to escaping her impending wedding. Only now she is trapped in fairyland with Prince Charming! Normally she wouldn’t complain but he has declared war on werewolves and if she is not careful, she’ll end up in the dungeons too. Will she be able to solve the mystery behind her missing uncle and find a way out of fairyland to get back in time to stop her own clans from warring? Or will she be Charmed Ever After by Prince Charming?


Read an excerpt and view the trailer.