SPOTLIGHT - THIS IS NOT FORGIVENESS BY CELIA REES 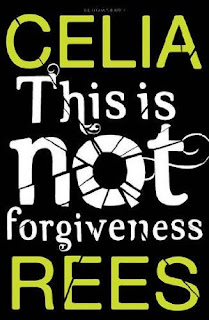 You can now read an extract of This is Not Forgiveness by Celia Rees at www.bloomsbury.com/TINF-extract and there is also a brilliant trailer

This is Not Forgiveness, published 2nd February 2012

‘In a remarkable book that manages to be both lyrical and gritty in the same breath, Celia Rees takes us into an apparently ordinary world where love, betrayal, faith and violence appear hand in hand on virtually every page.  I love it for its deceptively gentle prose, its totally believable characters and its vortex of a plot’ Melvin Burgess

Bestselling Celia Rees is known for writing tales of high adventure set in the past. This exciting departure is a psychological drama that sees her tackling subjects of political terrorism, extremism and the effects of post traumatic stress disorder on soldiers.

Everyone says that Caro is bad news, but Jamie can’t help himself. He thinks of her night and day and can’t believe that she wants to be his girlfriend. Gorgeous, impulsive and unconventional, she is totally different to all the other girls he knows. His sister, Martha, hates her. Jamie doesn’t know why, but there’s no way he’s going to take any notice of her warnings to stay away from Caro.

As Jamie falls deeper and deeper under her spell, he realises there is much more to Caro than he first thought. She disappears for days on end, she has small scars on her wrists, she talks about revolutions and taking action, and then there are the rumours he hears about the other men in her life.

Always in the background is Rob, Jamie’s older brother, back from Afghanistan and traumatised after having his leg smashed to bits there. Jamie wants to help him, but Rob seems to be living in a world of his own and is increasingly difficult to reach. With Caro, the summer should have been perfect . . . but that isn’t how things work out in real life and Jamie is going to find out the hard way.