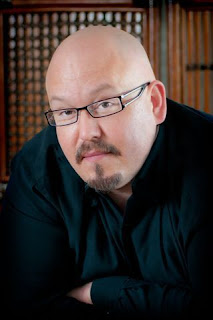 What is your name, where were you born and where do you live now?
Stephen Prosapio. I was born in , , but grew up in the suburbs of . I currently live in , north of .

Did you always want to be a writer? If not what did you want to be?
I always enjoyed writing. At various times I wanted to be a priest, a baseball player, an attorney (fortunately that passed!), and a photocopy store owner.

“Only” ten years. Ha! Of course it took forever to complete my first book. Once done, I entered it into an online contest and out of 2,700 entries won a top 5 award. That garnered the attention of a major literary agency and the rest is history…or so I thought. I worked on the novel another year with the help of the agency, we submitted it to publishers and got no takers. That novel went into the drawer until summer of 2010 when I heard about the movie Inception being released. My novel, DREAM WAR, used very similar concepts and I wasn’t about to let my work go to waste. Or worse, publish it years from now and have people claim I “stole the idea” from Christopher Nolan. I Indie Published (I like that term better than “self-publish”) DREAM WAR and finally my first book saw the market. It’s sold in the thousands of copies and has maintained a 4.6 star rating on Amazon.

What is the name of your latest book, and if you had to summarize it in less than 20 words what would you say?
Holy cow! Twenty words? That’s harsh! The latest novel is GHOSTS OF ROSEWOOD ASYLUM:  A paranormal researcher—who is himself possessed—investigates a 19th century asylum and uncovers as many dangerous secrets as he does spirits. – That’s 22 words but it’s absolutely as small as I could get it.

Who is your publisher? or do you self publish?
GoRA (as I call it) is published by Otherworld Publications.

Which of your books were easier/harder to write than the others?
GoRA was the easiest thus far. I got the idea, outlined it and wrote the first draft all within 3 months. Of course there were multiple rounds of rewrites and edits, but it was “easy as pie” as we say here. This latest book, the one I’m following up to GoRA took nearly two years to write. It’s been a trying and difficult journey to completion. That’s not to say that one book is better than the other, it’s just different. I assume the same could be said about the birthing process for babies…not that I’d know first hand on that!

What can we expect from you in the future?  ie More books of the same genre? Books of a different genre?
Hopefully more of the same genre. Now that I’ve connected to people interested in the paranormal, my fans want books with ghosts. I think there are a lot of people who like ghost stories but who aren’t necessarily looking for “horror” novels. That’s where I see myself in the marketplace.
Do you have a favourite character from your books? and why are they your favourite?
I look at characters a lot like children. You can’t really have a favorurite…and even if I did, I couldn’t admit it, right?

If you had to choose to be one of your characters in your book/books which would you be? and why?
Ray “the Railroad” Ross. Chicks dig him.

How long have you been writing?, and who or what inspired you to write?
In some way, shape or form I’ve been writing since I was 7 years old. Telling stories through words. I don’t know that someone needs inspiration to write. I believe writing pours out of someone or it doesn’t. You can’t be inspired, you can only be uninspired.

Where do you get your book plot ideas from?
EVERYWHERE. One thing that does make me laugh is when non-writers think that their “idea” is worth something. I could give a full story idea to your entire blog and if we all wrote novels about it, we’d have as many different novels as we have people. It’s not the inspiration. It’s the perspiration.

Do you have a certain routine you have for writing? ie You listen to music, sit in a certain chair?
I read. I set a timer for usually 23 or 34 minutes (lucky numbers of mine) and do NOTHING but write until the timer goes off. Sometimes it’s hell—pure drudgery—other times the timer goes off and I write for another hour. Regardless, when I honor those timed units, sooner or later I get into a good zone.

Do you have anybody read your books and give you reviews before you officially release them? ie. Your partner, children, friends, reviewers you know?
I have a close circle of what I call “beta readers” who’ve proven to give me direct and honest feedback. I don’t need to hear compliments from them. I need to know what doesn’t work, what needs improvement. If they do their jobs correctly, I’ll be able to rewrite and edit it so that the final work is ready for people to pay money for it.

Do you read all the reviews of your book/books?
Absolutely. Even negative ones can (not always but can) give good pointers as to areas to improve.

Would you ever ask a reviewer to change their review if it was not all positive about your book/books?
Nah. I think by that point their mind would be made up. I offered to give someone their money back once and they were actually quite polite and refused. It was a negative review that actually made some very valid points. One review I had on Amazon annoyed the heck out of me because it was flat out horse%#*&. It claimed I’d “stolen” the idea for my novel from Inception. I commented and showed proof that my novel had been fully written years before that movie began filming.
How do you come up with the Title and Cover Designs for your book/books? Who designed the Cover of your books?
I leave that up to people much more creative than myself! My good friend Irina Ivanova designed my covers. She did an amazing job, I think.

Have you ever suffered from a "writer's block"? What did you do to get past the "block"?
I don’t believe in “writer’s block”. I do, however, believe in “being lazy”. I can be as lazy as the next person. Part of the problem is just not writing enough. Not focusing when I’m writing etc. We had an expression when I was a Boy Scout. We said that the hardest part about earning a merit badge was opening up the book i.e. getting started.

Are there any hidden messages or morals contained in your books? (Morals as in like Aesops Fables type of "The moral of this story is..")
Typically I like to have lessons and character growth. I like to show how characters make either correct or incorrect choices. Sometimes the difference between good and evil is simply taking the right or wrong action. I’ll let the readers take what morals they want from the story.

Is there a certain Author that influenced you in writing?
Stephen King.

What is your favourite book and Why?  Have you read it more than once?
A Christmas Carol. It’s brilliant in its simplicity and message. That work changed the way that Christmas was celebrated, and has inspired countless movie variations. I’ve read it nearly a dozen times.

Do you think books transfer to movies well? Which is you favourite/worst  book to movie transfer?
Honestly, no. I think short stories and novellas transfer to movies much better. Look at Stephen King’s work:  Shawshank Redemption, Stand By Me, the Green Mile all were shorter-than-novel length.

Do you think ebooks will ever totally replace printed books?
Not completely replace. I believe 90% or more will be eBook formats in 10-20 years. I think there may be a resurgence of leather-bound books for things people want to keep.

Is there a book you know you will never read? Or one you tried to read but just couldn't finish?
I found the word “was” used 13 times on the first page of Twilight a deal killer.

What do you think about book trailers?
I think they’re fun, but I don’t think new authors should worry about them unless they’ve got an “in” or can do them themselves…and make them look professional quality.

You can see my book trailer on YouTube:  http://www.youtube.com/watch?v=qcgJVhX3puY

What piece of advice would you give to a new writer?
Keep writing! Stay abreast of the tidal wave of changes happening in the publishing industry. Don’t be afraid to take calculated risks.

And any other information you wish to supply?
Just that I’m incredibly grateful for you having me here. I promise if your readers give my work a chance, I’ll do everything possible to entertain them!
Posted by Jeanz xx at 07:00