THE KILENYA SERIES
BY
ANDREA PEARSON 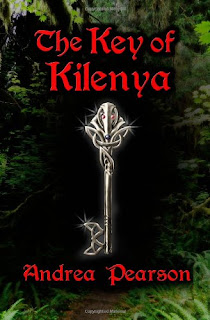 BLURB from Goodreads
When two vicious wolves chase fourteen-year-old Jacob Clark down a path from our world into another, his life is forever changed. He has no idea they have been sent by the Lorkon—evil, immortal beings who are jealous of powers he doesn’t know he possesses—powers they desire to control. The inhabitants of the new world desperately need Jacob's help in recovering a magical key that was stolen by the Lorkon and is somehow linked to him. If he helps them, his life will be at risk. But if he chooses not to help them, both our world and theirs will be in danger. The Lorkon will stop at nothing to unleash the power of the key—and Jacob's special abilities. 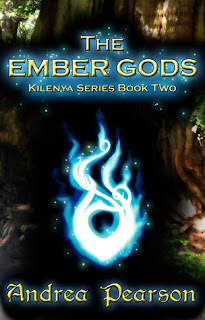 BLURB from Goodreads
Jacob Clark has just returned from the world of Eklaron, where he frustrated the evil plans of the Lorkon and returned the magical Key of Kilenya to its rightful owners. His quest is far from over, though--Aloren is trapped in Maivoryl City by the Ember Gods, and Jacob can't return to save her until he receives the potion that will protect his team from the corrosive influence of the Lorkon.Balancing between this new world and his own proves tricky. Not only has he started his first year of high school, but his magical abilities are bringing him too much attention. He feels pulled by both sides, hoping he'll figure out his special powers to save Aloren in time. 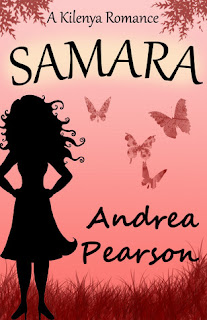 BLURB from Goodreads
Samara Oldroyd takes a break from her somewhat insane family to browse a music store, and while there, meets the funniest, most attractive and awesome guy ever. A phone call interrupts their conversation, and she has to leave before she can find out anything about him--what his name is, where he's from, and why his smile is so familiar.Her wishes that they'll run into each other again come true, but not how she expects. When her older sister finally lets the family meet her new boyfriend, Samara is shocked to see it's the guy from the music store!Awkward and hilarious scenes abound as Samara tries--in vain--to undo the crush she'd formed earlier. Inspired by the film Dan in Real Life, this novella will tickle you pink.


And Book three in the Kilenya Series? 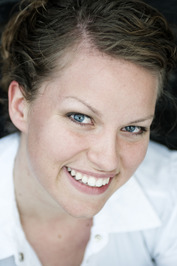 What is the name of your latest book, and if you had to summarise it in less than 20 words what would you say?
Andrea: August Fortress, Kilenya Series Book Three—which comes out early 2012 (by latest, did you mean last book I finished writing? Yes? Okay. :-)). Here is my summary:
Danger. Five Senses. Traps. Getting knocked out. Special, magical abilities. Why’s she dating him? Really fun.
That was 18 words. :-)
Posted by Jeanz xx at 06:30